Gen Zers and Millennials are the biggest users of “buy now, pay later” services in the 12 months leading up to September 2019, according to Roy Morgan’s research.

The growing popularity of buy now, pay later in Australia may make the payment platform seem attractive to new users, especially since more expensive items are within reach.

But before joining the millions of Aussies using the platform, it’s best to exercise caution and learn about it first to avoid joining the thousands who complained against it.

Here are some things you need to consider.

“Buy now, pay later” is a system that allows buyers to purchase items from stores and pay the credit provider in instalments at a later time.

It’s similar to using a credit card and paying in instalments, except that there’s no card involved and credit checks aren’t required.

You may simply open an account with the provider before or during the transaction, then wait for the approval of your purchase a few minutes later.

It seems simple and an attractive way to purchase expensive items, but it may not always be the best option for you. Weigh the pros and cons according to your circumstances first if you’re thinking about taking advantage of the system.

The advantages of the buy now, pay later system are what attracts and traps most Aussies. These are:

Fast approval
As mentioned earlier, buy now, pay later transactions are fast because they may be approved in mere minutes.

The best thing is that, unlike credit card applications, buy now, pay later providers don’t do credit checks prior to approval. Providers simply ask for some information, including the account from which they will deduct your payments.

Instalment payments
Paying off the cost of your purchase is easier on the pocket because payments are always in instalments.

Auto charging
There’s no need to line up at the bank or log in to your online account to arrange payments – they are automatically deducted from the transaction account you indicate during application.

No interest charges
Most buy now, pay later providers don’t charge any interest on the amount you borrow – only fees for when your payment is late. This may happen if, for instance, you didn’t have enough money in your transaction account during the scheduled auto charge or by the due date.

Buy now, pay later may be convenient for many, but they also present some disadvantages when irresponsibly used.

Providers decide the due date
When you purchase through a buy now, pay later scheme, the provider gets to decide when they will auto deduct the payments from your account. You can’t negotiate on the date either.

If you don’t have enough money in your elected transaction account because it’s still a few days from your payday, expect to pay a late payment fee for each day of delay.

No credit checks
Approval may be fast and convenient because buy now, pay later providers don’t do credit checks or affect credit scores.

This may lead some people to abuse the system, be unable to keep track of their debts or believe that their credit history remains pristine.

Can negatively affect future loan applications
As a result of the royal commission, more lenders have tightened lending requirements and now look into how applicants use buy now, pay later and similar lending services.

Of course, if you get disapproved for a loan – for whatever reason – your credit score gets negatively affected, so while buy now, pay later may not directly affect your credit score, it still has an influence.

Instead of making purchases using debt products like the buy now, pay later system, consider building up your financial literacy and spending smart instead. 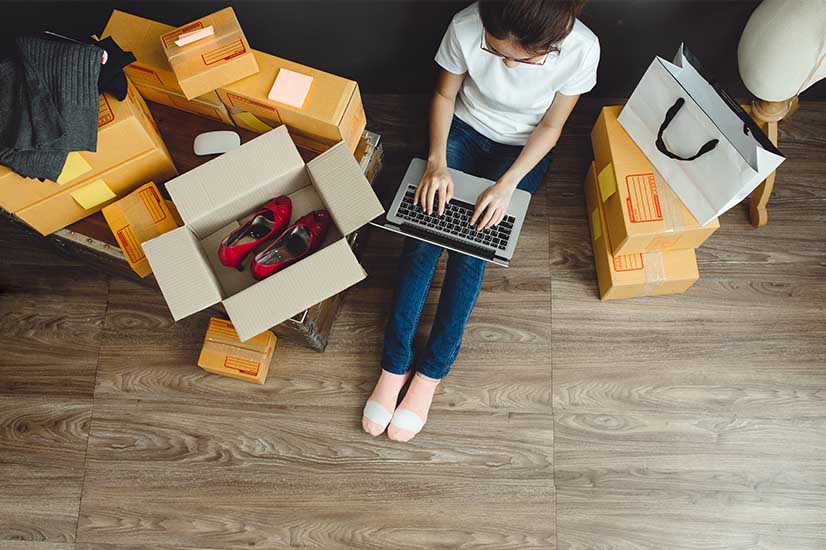 Last Updated: 25 March 2020 Published: 21 February 2020
Forward this article to a friend. Follow us on Linkedin. Join us on Facebook. Find us on Twitter for the latest updates
Rate the article