As household debt skyrockets, one financial expert insists interest rates may be forced to fall sooner rather than later. However, other economists say such a move by the RBA is still highly unlikely.

Chris Bedingfield, principal and portfolio manager of Quay Global Investors, suggested that despite general consensus, the RBA will likely be compelled to cut the official interest rate in the near future.

“As Australian household debt relative to income has steadily increased, there is now meaningful downside risk to the economy as the housing cycle unwinds. This is specifically due to very high levels of household debt, tight credit conditions, potential downside to jobs and economic activity from the construction sector, and the almost inevitable rise in household savings impacting 60 per cent of GDP via household consumption,” he said.

“This resistance and pressure can also be attributed to the implications of the Royal Commission into Misconduct in the Banking, Superannuation and Financial Services Industry. While creating tensions within the quality of lending practices, the primary impact has been to create tighter financial conditions for households to borrow.

“In the past, certain households could supplement spending despite low savings by increasing leverage – that is, borrowing against real assets, as occurred in 2000-2005. In the current credit environment, this is almost certain not to happen again to the same degree.”

Mr Bedingfield foretold of the potential for further economic weakness as a result of the falling housing market. He emphasised his concerns for a slump in construction and a loss of jobs due to tightening credit and a decline in house prices.

“If we look at the historic ratio of construction jobs to total jobs, it could be as many as 250,000 jobs (or 2.2 per cent of the total workforce),” he said.

“The experience in the US was worse post the financial crisis, as the industry shrunk to a size much smaller than the pre-cycle ratio. Markets tend to overshoot, and the construction job market in Australia is prone to meaningful downside risk.

“While the RBA will be reluctant to cut given the current governors’ preference for financial stability over inflation, as far as financial stability is concerned, we fear that horse has already bolted. If the housing market continues to weaken, we believe the risk is that the RBA will face a sharply weaker economy in 2019 and will be forced to consider an official rate cut before the end of the decade.”

Mr Bedingfield’s prediction suggests a faster timeline for rate cuts than forecast by other leading economists.

Speaking to Nest Egg ahead of the November rates meeting, managing director of Market Economics Stephen Koukoulas said he also expected the RBA will be forced to cut the cash rate, but not until next year.

“Rates will be on hold for a while longer. I happen to think the RBA will be forced to cut, but not till 2019. The RBA needs to see something dramatic happen before it moves to cut. Perhaps household spending falling on the back of the decline in wealth? Perhaps ongoing weak inflation and wages? Perhaps the unemployment rate to touch 5.5 per cent?” he said.

“That being said, the futures market has just one, 25bp rate hike priced in by the end of 2020! So, if the market is right and I’m not, it is not a scenario that would concern too many people. Either way, rates will remain low for a very long time.”

Other economists remain sceptical of a future cut

One such economist, Alex Joiner, said the prediction of a cut is not a common view held by the banks or other economists.

The chief economist at IFM Investors told Nest Egg the RBA’s economic outlook for the country has been largely positive and, should such a forecast prove true, there is no indication that the next move would be a cut.

“The prospect of a rate cut any time soon seems to be a very high hurdle. It’s certainly not what the RBA envisages. Their forecast on monetary policy that they released after the last board meeting was relatively upbeat on the domestic economy,” Mr Joiner said.

“They see economic growth growing above trend, they see the unemployment rate going down by 4.75 per cent by 2020 and they see 2.25 per cent year on year inflation forecast for underlying inflation, which is their target, by the end of 2019.

“If all of these things come to pass, there is no chance that the reserve bank will cut interest rates.”

He acknowledged that uncertainty in the housing sector may prompt experts to consider the notion of a cut, however he asserts it would take the unemployment rate to rise alongside the current housing drop and tightening of credit supply for the RBA to be forced to cut – a reality, he said, that is unlikely.

“A lot of the narrative that people who toy with the idea of a cut project comes from the situation in the household sector,” Mr Joiner said.

“The one thing we know is the Reserve Bank have never commenced monetary policy tightening cycle when house prices have been in outright decline. What the Reserve Bank will be waiting for is wages growth to pick up, and household income growth to pick up to support the housing market, because they don’t want to exacerbate any downturn as this would have negative economic consequences.”

He said it was important to recognise that the perceived threat posed by the fall in house prices, the spike in household debt and the slow down of residential construction need to be considered in context.

“What is happening now is a relatively modest decline in house prices, from what have been very strong increases. To put it into context, we have roughly a 5 per cent year on year fall in capital city housing prices across the country, down from a rise of 30 per cent over the last four years,” Mr Joiner said.

“It’s true, we do have a relatively high level of household debt because we have relatively high house prices. However, the RBA is at pains to emphasise that most households that have a mortgage are actually ahead in paying that mortgage. As interest rates have come down, the proportion of principal and interest has changed but the overall level of the mortgage payment hasn’t changed for those that got their mortgage, say, 100 basis points ago. So, the Reserve Bank can actually raise interest rates on that basis, as their outlook predicts, as there won’t be a cash flow impact for many households out there.

“The household debt situation is manageable. You wouldn’t want it to continue to deteriorate, but at this stage it is seemingly quite manageable. I think the fears in that sector are a little bit overblown and I don’t really see what an interest rate cut would do to assist that.

“While there is a little bit of downside risk to residential construction, it’s coming off an extremely elevated level of activity in that space. So, you know, it will back to something a little bit more normal. If the unemployment rate stays low, the additional supply of houses we’re seeing will not really be a problem, because falls in house prices are actually improvements in affordability.”

Mr Joiner said it will be wage growth that will eventually provoke the RBA to move the interest rate, as any increase in wages will have significant ramifications for household spending, the outlook for inflation and the forecast for the property market and borrowing. However, he does not see this happening for some time yet.

“Now, the consensus of economists is looking at around the second or third quarter of next year for an interest rate hike, and I broadly agree with that,” he said.

“I don’t see them doing anything in December, before they come back in February and reassess the economic environment. But, if things track along as they have, they’d be quite confident in the forecast they’ve presented in November. I think they’re starting to prepare the market a little bit more readily for interest rate hikes that might occur later in 2019.” 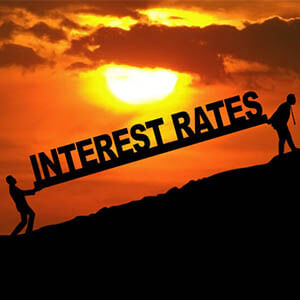 Last Updated: 09 January 2020 Published: 14 November 2018
Forward this article to a friend. Follow us on Linkedin. Join us on Facebook. Find us on Twitter for the latest updates
Rate the article