While everyone’s heard of Bitcoin, not everyone knows how it works. So, here’s a technical yet accessible explanation to ensure you are up to speed.

Australian crypto exchange Mine Digital has outlined the origins of the cryptocurrency and why it’s so secure, so if you’ve always dreamed of investing in a decentralised alternative to traditional currency and markets, you’ll now know what you are in for!

Bitcoin emerged post-global financial crisis from an anonymous source known only as “Satoshi Nakamoto”. There’s fierce debate as to whether or not “Satoshi” is a single entity or a collective.

In Bitcoin, there’s several concepts working together in an open system to create a viable digital currency, according to Mine Digital.

Bitcoin derives its value from security and decentralisation.

Mine Digital explained that “the actual mechanism of how it does that is revolutionary in perceiving the essence of money accurately”.

The simplest explanation the crypto exchange could provide is that difficult cryptographic puzzles are solved by a network of computers (that don’t necessarily “trust” each other) to maintain the system’s integrity.

This work – commonly referred to as “proof of work” or POW – creates value that is locked into the transactions and the tokens, which is then “baked” into each token and traded among users.

So, what does blockchain have to do with it?

Blockchain (or DLT, distributed ledger technology) has existed for far longer than Bitcoin, but the technology has helped make Bitcoin possible.

Bitcoin blockchain is a ledger that contains the full transactional history of each individual bitcoin.

The cryptocurrency is therefore able to be traded by announcing transactions to the ledger, with each transaction then checked by a decentralised network of computers who “agree” on the event and confirm it to the blockchain.

Multiple confirmations allow the Bitcoin to gain consensus on the transaction, with the most recent transactions grouped together in a “block” that’s then held in a “chain” of transactions.

According to Mine Digital, it’s the permanence of transactions on the ledger, and the length of the blockchain, that are the basis of the integrity of the system.

How is it different to other currencies?

Older currencies relied on a centralised authority to validate transactions, whereas Bitcoin uses a decentralised network of computer power to perform the transaction.

Bitcoin enthusiasts say the decentralised network is ideal and considered as incorruptible, because to corrupt it would require 51 per cent of the network to have to act together to corrupt the system, Mine Digital outlined.

The network also checks Bitcoin transactions against the blockchain when transactions do occur, to remove a risk of “double spend”.

“Previously, a central, trusted authority was required to register and validate a transaction to avoid this problem,” the crypto exchange said.

Since there’s no need for a trusted third party, it’s known as a “trust-less” transaction.

nestegg has previously looked at the current trend of markets cutting rates as corresponding with a rise in crypto assets due to increased demand for assets that can’t be inflated.

Mine Digital noted that computers on the network are known as Bitcoin “miners”.

These “miners” are rewarded with Bitcoin for performing calculations and enabling the system to work.

The computing power used for Bitcoin mining is known as “hash” power, and recently reached a record high.

While the system is open, it maintains its integrity through the use of game-theory, with Mine Digital considering this method to have been “overwhelmingly successful”.

Bitcoin exists at an address on the blockchain as the last recipient in a series of transaction that go back to the Genesis Block – Bitcoin’s origin.

The chain of transactions is recorded in blocks that are permanently recorded and processed by a decentralised computing network.

Mine Digital said that while it’s been 10 years now since Bitcoin’s conception, “it stands as a revolution in the concept of money, [and] in how the real world interacts with the digital world and with the financial system”.

nestegg has a podcast that talks all things Bitcoin and why we “ain’t seen nothing yet” with respect to the cryptocurrency. 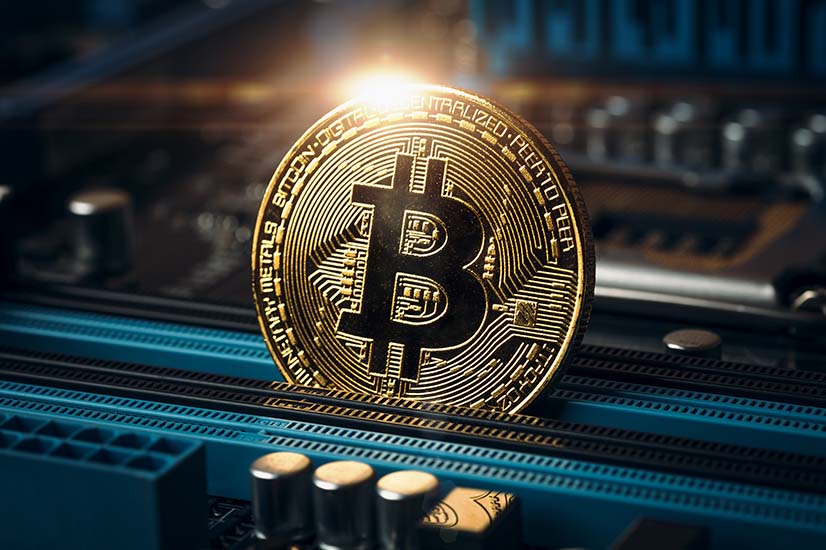