The best way to save money is to not spend it. If your New Year resolution is to stop throwing away money, here’s a list of the top 10 services or products that really aren’t worth your hard-earned dollars over the next 12 months.

In the past eight years, Australians have spent nearly $1.8 billion on consumer credit insurance products and premiums.

Only 11 per cent of that amount found its way back to consumers in claims.

Keep an eye out for add-on insurance that is offered alongside your credit card or personal loan product.

While a hive of class action activity over the last 12 months should see banks and financial providers less likely to offer the “junk” insurance, we’d still urge all Australians to stay alert and avoid being pressured into purchasing worthless insurance.

It’s highly likely that even in the event you may need to make a claim, you would not be eligible according to the product’s terms and conditions.

Pet insurance is “the insurance a business sells when it wants to make money without providing any service at all”, according to Alan Kirkland, the CEO of consumer advocacy group CHOICE.

In a 2019 review of Australia’s 86 available pet insurance offerings, CHOICE said it could not in good conscience recommend any of them.

The consumer group also said the industry relies on “emotional manipulation” of the love of a pet to sell such worthless insurance.

If you need any further reason to steer clear of such an expense, CHOICE also shamed pet insurers for their ability to leave Australians “stuck” in expensive contracts thanks to pre-existing conditions clauses.

Late last year, James Mitchell wrote an op-ed in which he described how his super fund is paying advisers a salary and bonus for advice he doesn’t receive yet cannot opt out of.

While ASIC does provide a number of ways in which a superannuation trustee is likely to be allowed to “collectively charge” its clients, it’s worth looking into your own superannuation fund’s PDS to find out the kinds of things you are being charged for and whether or not you agree with them withdrawing such expenses.

If you think you might need to move to a new superannuation provider, check out nestegg’s guide on choosing a super fund.

If you or anyone you know is needing to apply for a tax file number (TFN) for employment purposes, a simple google search will show a number of sites offering to “save time” on TFN applications – for a fee.

These sites appear higher than the Australian government’s ATO search results do.

Australian residents can apply for a TFN at participating Australia Post retail outlets, at a Department of Human Services (Centrelink) Centre, or by post.

As for the highly ranked websites, these aren’t always scams, and it’s likely you will still receive your TFN in a secure manner.

But you are paying for something that you could otherwise receive for free, with a similar amount of effort.

In 2019, nestegg wrote a lot about scams: Everything from sophisticated scammers impersonating large organisations such as the ATO to the stealing of property settlements mid transfer and the strange case of the eftpos-wielding scammers who fronted up to an Adelaide property dressed as Australian Federal Police force members.

Oftentimes, the hook for a scammer is the offer of a product or service.

Some of the signs to look out for can include zero-risk claims, the discouragement of independent advice regarding the product or service on offer, and the lack of a product disclosure statement.

Managed investment schemes and financial products that commonly involve property in the form of holiday accommodation, time-sharing schemes have recently been condemned by a government body.

ASIC has noted them as “complex” offerings, sold to consumers in a sales environment where they typically purchase the membership on the same day that they attend a sales presentation.

In a report published by the commission in December 2019, timeshare memberships were noted as posing “significant risks” to consumers.

These risks include the long-term nature of contracts, the difficulties involved with exiting such products, and the “high upfront and ongoing costs of membership, often with a consumer borrowing to make the purchase”.

ASIC said it did not consider “any of the [financial, practical or emotional] benefits expected at the time of purchase are consistently likely to be realized [by consumers]”.

7. Services or subscriptions you don’t use

It’s all well and good to pay weekly, fortnightly or monthly for a gym membership – so long as you actually go to the gym.

The same can be said for Netflix or Foxtel accounts, premium LinkedIn or Tinder accounts, horoscope applications, magazine subscriptions or paywalled media content.

This one’s a bit of a grey area.

With almost nine in 10 Australians aligning with one or more customer loyalty schemes, we aren’t saying you shouldn’t be spending in pursuit of discounts, points and rewards.

But, echoing a warning from the ACCC, don’t be blind in your company devotion.

Rod Sims, the consumer watchdog’s chair, has previously commented on how “many people think they can redeem points for a free flight, but in some cases, the cost of purchasing an airfare without using points may be similar to the cost of a flight using points once the airline adds on taxes and charges”.

9. Foreign currency at the airport

Another time in 2019 that Australia’s consumer watchdog showed it had all of our best interests at heart was its finding that foreign cash is more expensive at airports than at other locations.

Not just by a small margin either.

It showed consumers exchanging Australian money to US$200 dollars could have saved $40 by purchasing from the cheapest supplier at a non-airport location when compared with the most expensive airport suppliers.

That kind of money adds up.

The same inquiry also found that the big four banks have played a role in ripping off consumers attempting to transfer or exchange money overseas.

Research commissioned last year found that nearly 50 per cent of Australians are going into debt for “discretionary purchases”.

In other words, home delivered food and items they don’t really need.

And if just telling people to cut back such spending isn’t enough, it has been noted that such spending can impact an individual’s mortgage serviceability.

In a property market that’s on track to hit new record price levels in 2020, maybe it’s worth paying attention to where your money goes when you aren’t thinking about it. 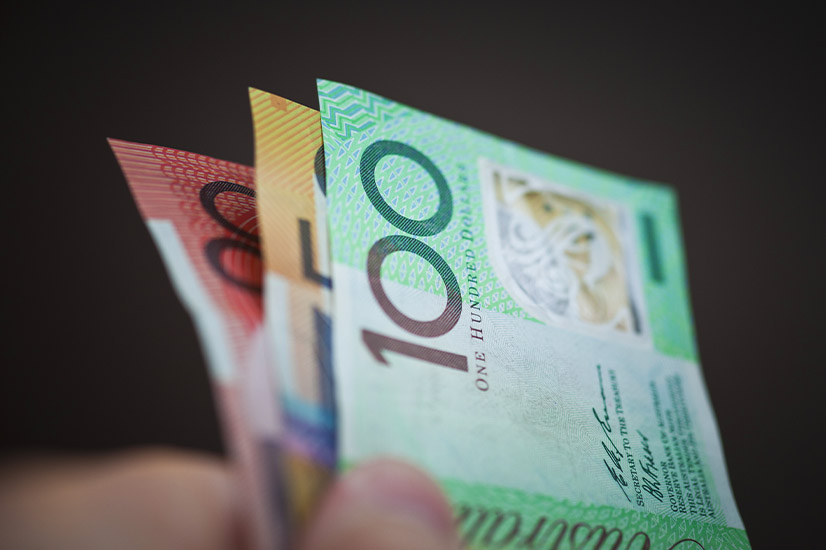 Last Updated: 03 March 2020 Published: 09 January 2020
Forward this article to a friend. Follow us on Linkedin. Join us on Facebook. Find us on Twitter for the latest updates
Rate the article

Energy retailers urged to give leeway on electricity bills

How to avoid a loyalty tax

A nation of cheap travellers

Energy retailers urged to give leeway on electricity bills

How to avoid a loyalty tax

A nation of cheap travellers