With 30 June marking the final day of the old superannuation regime, you need to take action now to make sure you’re compliant.

Now that the relevant legislation has passed through Parliament, SMSF practioners and superannuants should begin to look at the changes set to take effect on 1 July 2017.

The key changes include:

From 1 July 2017, the annual non-concessional contributions will be capped at $100,000, with the three-year bring forward rule remaining available, albeit with correspondingly lower thresholds.

Also from this date, no non-concessional contributions can be made where member balances exceed $1.6 million.

There remains the proposal to remove the 10 per cent rule from 1 July 2017 that currently prevents individuals, who have more than 10 per cent of their income sourced from employment, being entitled to make concessional contributions.

This proposal was designed to allow individuals with member balances below $500,000 to use their unused concessional caps for a period of five years and make catch-up concessional contributions.

This proposal has been delayed and is scheduled to commence from 1 July 2018.

The tax offset available to individuals who make contributions on behalf of their spouses is to be extended to spouses earning up to $40,000 (from the existing $10,800).

From 1 July 2017, income generated from assets supporting the payment of transition to retirement pensions will lose their tax-exempt status and be taxed at 15 per cent.

The ability to elect to treat a withdrawal from transition to retirement pension account as being a lump sum will also be removed.

Proposals that attracted significant attention, but have subsequently been abandoned, include the $500,000 non-concessional contribution lifetime cap and the removal of the work test in respect of contributions made between 65 and 74 years of age.

In light of the current proposals, there are some planning actions that are prudent to consider prior to 30 June 2017. These may include:

Ensure, as the SMSF adviser, you are aware of all of the client’s superannuation interests and any actions that have been taken, such as utilisation of contributions caps and partial or full utilisation of the $1.6 million transfer balance cap, as they may impact your advice to the client.

Ensure it has been identified whether the client has already commenced utilising the bring forward rule and modify the contributions levels accordingly.

Consider whether a re-contribution strategy should be executed prior to 30 June 2017 to reset the taxable/tax-free components of member balances.

Consider the impact of the loss of tax-free status from 1 July 2017.

Review the CGT cost base of existing capital growth assets and investigate cost base reset options.

Where spouses have unequal member balances and one is approaching or exceeding $1.6 million, identify whether a recontributing strategy can be utilised to equalise member balances.

Review the safe harbor provisions as set out in the ATO’s practical compliance guideline PCG 2016-15 and determine whether any specific concessional or non-concessional contributions may be necessary to reduce debt levels.

Upon reversion, the pension balance will be added to the existing pension account and may exceed the transfer balance cap ($1.6 million). The excess could be commuted to accumulation account or taken as a lump sum.

Beyond 1 July 2017, there will remain some actions that will also require consideration and attention. These may include:

Utilisation of contribution splitting where spouses have unequal member balances and where one member’s balance is approaching $1.6 million. Members may be able to split up to 85 per cent of their concessional contributions with their spouse, thus assisting in equalising spouse balances.

Utilise the bring forward rule in respect of concessional contributions. While the value of the contributions that can be bought forward will be reduced, including in comparison to their member balance and the $1.6 million threshold, the concept remains the same.

Beyond 1 July 2018, the proposal to have access to unused contribution caps may benefit individuals with growing income or interrupted income. 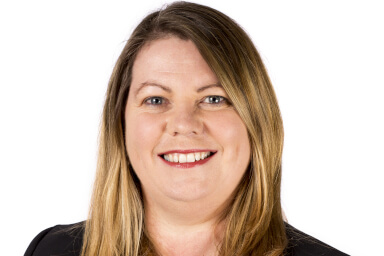 Last Updated: 08 March 2017 Published: 20 February 2017
Forward this article to a friend. Follow us on Linkedin. Join us on Facebook. Find us on Twitter for the latest updates
Rate the article