Doc Brown and Marty McFly’s experience of 2015 wasn’t exactly accurate – but as Pew researchers know, it’s difficult to predict some aspects of the future.

Doc Brown and Marty McFly’s experience of 2015 wasn’t exactly accurate – but as Pew researchers know, it’s difficult to predict some aspects of the future.

The WEF annual meeting of the Global Future Councils 2017 is due to begin on 11 November and will “allow [the 700] members to jointly explore ways of facilitating systemic change in critical areas such as health, energy and infrastructure through breakthrough technologies related to the Fourth Industrial Revolution”, the WEF said.

With this in mind, Mr Rainie identified four things that experts, corporate executives, civil-society actors and policy-makers just aren’t so sure about when it comes to life in 2030.

Will we create more meaningful work?

A possible artificial intelligence revolution and its impact on the labour-market is a hot topic. As the Australian Futures Project puts it: “Computers will not only reshape workers but also work itself.”

To Mr Rainie, it’s a difficult question to answer.

“There is no consensus about whether the forces unleashed by technology destroy more jobs than they create or whether the historic pattern of human upskilling prevails as new, more valuable jobs replace those supplanted by technology,” he explained.

However, he added: “The next advancements in machines are clear, but the human response is not.”

The way education and skills-training adapt to a changing work climate is “extremely relevant”, he said, noting that many colleges and trade schools are creating and implementing hybrid courses which use both in-person and online experiences to teach.

“Will this adaptation be sufficient to the task? It depends on the talents rewarded by the next economy,” he continued.

Pointing to research done by the Pew Research Center, Mr Rainie said most experts are focused on how education programmes can teach students to be lifelong learners.

“The experts also discussed specific human talents which they doubt machines and automation will be able to duplicate for some time. These include social and emotional intelligence, creativity, collaborative activity, abstract and systems thinking, complex communication skills, and the ability to thrive in diverse environments.”

Can we master greater connectivity?

Noting that many people believe the internet will be “everywhere” for the next generation and will be built into the environment and objects, he said experts argue internet will become like electricity.

He said it will “fade into the background… less visible but deeply embedded in human endeavours”.

Regardless of individuals’ levels of internet literacy, there will be an “unprecedented expansion of knowledge and learning”.

“This explosion of connectivity brings new possibilities, but also economic and social vulnerabilities. The level of co-ordination and coding required to stitch the Internet of Things together is orders of magnitude more complicated than any historical endeavour yet. It is likely that things will break and no one will know how to fix them.”

He explained that “bad actors” will have the capacity to execute societal disruptions remotely and with scale, and as such, policy-makers are “faced with some hard, costly choices”.

“How much redundancy should these complex systems have? How will they be defended and by whom? How is liability redefined, as objects are networked across a global grid and attacks can metastasize quickly?”

In an era of ‘fake news’, is it possible to revive trust and truth?

“There is considerable concern that the way people use the internet is degrading trust,” he warned.

There is considerable concern that fake news “preys on deep human instincts”, like preferences for information that supports individual views, Mr Rainie said. Further, these preferences “make people vulnerable to the ways new tech tools can identify, target and manipulate them”.

At the same time, however, Mr Rainie said society has historically proven itself capable of addressing problems brought in by communications revolutions.

“There are new ways to fight back, at internet speed.”

Can social and organisational innovation alleviate new problems? And if so, how much?

The social and economic upheaval that will come with future technologies and phenomena will force both organisations and people to adjust.

Nevertheless: “Some primary aspects of collective action and power are already changing as social networks become a societal force,” he said.

“These networks are used for both knowledge-sharing and mobilising others to action. There are new ways for people to collaborate to solve problems. Moreover, there are a growing number of group structures to address problems, from micro-niche issues to macro-global affairs such as climate change and pandemics.”

At the same time, societies will need to contend with questions like, who owns particular information and who is permitted to use it and profit from it. Other debates will open up about responsibility in terms of robotics and AI – for example, what happens if a self-driving car hurls itself off a bridge?

Society will also need to consider: “Where is the right place to draw the line between data capture — or surveillance — and privacy? What kinds of personal information can be legitimately considered when assessing someone’s employment, creditworthiness or insurance status? Who oversees the algorithms that decide what happens in society?”

“There is a long road ahead to 2030,” Mr Rainie concluded. “There is a lot of opportunity to make the uncertain more certain.” 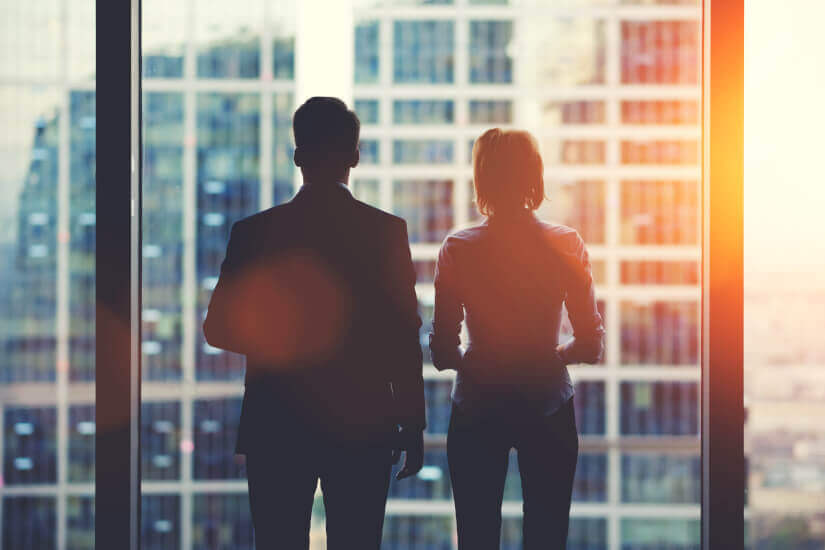