The government is ramping up efforts to crack down on employers that don’t properly pay employee superannuation contributions, but employees should also do their part. Nest Egg provides a simple guide on how to claim unpaid contributions.

The Australian superannuation system is designed to help employees build and maximise the growth of their retirement nest egg, and one of it's more attractive features is the promise of super guarantee (SG)—the employer-guaranteed contributions for eligible individuals.

The Australian Taxation Office (ATO) revealed in August 2017, however, that some employers have been short-changing their employees by not actually handing over the 9.5 percent mandatory contribution.

ATO exposed that unpaid and underpaid guaranteed contribution reached up to $17 billion in the last 8 years, with the financial year 2014-15 accounting for about $2.85 billion in dodged payments.

That’s why it is important for employees to be vigilant and monitor their super fund.

For those who think they may be affected by unpaid contributions, read on below to get super contributions back on track.

According to ATO, the following are eligible for 9.5 percent employer contribution into their super:

For all three conditions above, a part-time, full-time or casual employment status and temporary resident status does not matter.

How to track unpaid super contributions

Once an employee has confirmed their eligibility, they may use the ATO tool to estimate how much they should expect each quarter.

Simply relying on the information reflected in their payslip is not enough. Many employees who complained about their unpaid super revealed that their employer only showed the figures in the payslips, but did not actually contribute the money to their super.

There is also the possibility that a mix up occurred and contributions from the employer were actually paid to a different fund instead of the nominated fund.

The best course of action is to do any or all of the three things below:

What can I do if my employer isn't paying my super?

If the employer failed to make contribution payments on time or have not made any effort to do their legal obligation, they are already breaking the law. The employer would already owe the number of contributions plus an SG charge made up of an interest premium and administration fees.

Here’s what employees have to do to claim unpaid super:

Step 1: Talk to their employer

Inform the employer that the fund manager has not received the contributions in question. Have the company confirm the details of where they paid SG to, how often and how much.

At this stage, the company may possibly have made a mistake about where the payments were made. Showing awareness of the situation may alert them enough to fix it.

Make sure to follow up with the person(s)-in-charge of the issue and, when they say that it has been resolved, confirm the information with the fund manager.

If the super remains unpaid, do the next step.

In some cases, the fund management company has a dedicated team or department to resolve, run after or badger misbehaving employers.

Some employees were able to claim unpaid super after the fund management company reached out and convinced their employers. The companies negotiated the terms and a time frame to catch up on guaranteed contributions.

Explain the situation to the fund manager and provide the following information:

If that doesn’t work, let the official regulating body do its work in the next step.

Step 3: Lodge an enquiry with the ATO

The ATO has an online tool that employees can use to report employers that don’t properly pay the SG.

ATO requests that complainants give their permission to reveal their identity to the employer during the investigation, but it is not an absolute requirement.

Note that the enquiry may progress a little slower if the employee refuses to be identified.

Someone from ATO would get in touch with the employee. If the enquiry progresses, complainants may receive a resolution somewhere between four and six months from the start of the investigation.

Employees may also call the ATO at 13 10 20 to seek guidance on the issue.

What is the fine for not paying super?

Due to the introduction of single touch payroll, the ATO gains the power to determine if a business is failing to pay its SG obligations.

The ATO levies all super contributions that are not made on time as superannuation guarantee charge, which the organization will directly collect on behalf of affected employees. On top of this, businesses will also be liable to pay several penalties and other charges associated with their negligence to comply with their SG obligations

Why is it important to track your super contributions

Acting on unpaid super is a race against time so employees have to move fast to prevent these two key factors from happening:

The government only requires companies to keep employee records for up to five years. This means if the super has been left unpaid for longer, employees may not be able to claim contributions for unpaid contributions that go beyond five years.

The employee may provide sufficient documentation and evidence to help the investigation, but the ATO still won’t be able to guarantee that investigations for cases beyond five years would progress.

How to avoid losing super entitlements

If the employer decides to file for bankruptcy and liquidate before a claim is made, the chances the company paying the owed contributions are very slim.

There have been instances of employees being unable to claim even a dollar of guaranteed contribution from their offending employer for this exact reason, so learn from them.

The best way to avoid getting short-changed is to actively monitor the money going into super at least every quarter, if not every payday.

Don’t be afraid to speak up if the contributions seem amiss because employees are legally entitled to SG. It is also the employer’s legal obligation to make the contribution for eligible employees—according to the law, not their interpretation.

The government is working on a new superannuation system to help the ATO regulate employers and ensure proper SG contributions, but the system will not be ready until July 2019. Until then, everyone still needs to actively monitor their super.

This information has been sourced from the Australian Taxation Office and ASIC. 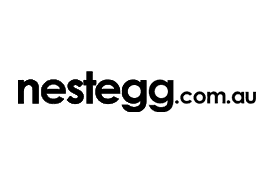 Last Updated: 02 March 2020 Published: 19 September 2018
Forward this article to a friend. Follow us on Linkedin. Join us on Facebook. Find us on Twitter for the latest updates
Rate the article