With the phenomenon of “Baby Boomerangers” seeing a number of Australians either wanting or needing to return to the workforce, an expert has highlighted some of the barriers facing this generation in their pursuit of productivity.

With the phenomenon of “Baby Boomerangers” seeing a number of Australians either wanting or needing to return to the workforce, an expert has highlighted some of the barriers facing this generation in their pursuit of productivity.

William Burkitt, an innovation leader in the post-retirement space at Mercer, told nestegg that “ageism is rife” in Australian workplaces despite longer lifespans and a search for purpose seeing more older individuals wanting to return or stay in the workforce.

“The Australian Bureau of Statistics came out with employment stats in September – those stats showed that the age cohort in Australia that is growing fastest in terms of workforce participation as well as part-time jobs growth as well as unemployment are all the 65 years and over age cohort,” he outlined.

In addition, for full-time employed workers, “the growth for 65 and over was 11 per cent in the last 12 months, to all ages of only 3 per cent growth” in comparison.

Part-time employed individuals is the same, with Mr Burkitt having noted 11 per cent growth for the 65 and over age group in contrast with just 2.4 per cent across all age groups.

But “the really sad one” for the post-retirement leader was that “unemployment growth for 65 years and over grew 27.9 per cent in the last 12 months”.

These are people who want to work but can’t find jobs, he flagged.

In contrast, across all age groups, unemployment actually fell by 1.1 per cent in 12 months.

“That’s just staggering,” according to Mr Burkitt, who also cited research from Mercer that showed “older experienced workers are 25 times less likely than a younger jobseeker to get an interview for the same job”.

“Unfortunately, ageism is rife,” he said.

“Often it’s unintended, but it still exists – and 98 per cent of organisations have not prioritised tackling our ageing society as a driver of opportunity and also coverage for risk.”

It’s as much of a problem for “Baby Boomerangers” wanting to get back into the workforce as much as it is for Baby Boomers who are still working.

According to Mr Burkitt, “More often than not, [when] training is offered within a workplace, it’s typically offered to the younger to middle-aged generations often with the attitude that an experienced worker isn’t going to be around much longer, so it’s not money well spent.”

“Whereof an employer takes the attitude [and] approach – and looks at experienced workers being able to bring certain skills to a workplace such as stability, being able to mentor, having decades of experience in whatever field it is, they can take on certain roles that add to the productivity and profitability of an organisation that complements the more ambitious, up-and-coming younger generations.”

With demographic changes already coming through, Mr Burkitt said, “There’s this gap that exists now between organisations’ preparedness and the reality of the ageing society.”

“What actually needs to happen across our organisations and society is that conversations need to be started earlier [around retirement or work planning],” the leader said.

“At the moment, the employee is scared to raise that they’re thinking about retiring or would like to do some training to look at another job and keep working, and the employer is kind of just hoping that the employee retires at 60 to 65 like they used to,” he said.

If the conversation were to occur earlier, “it can be a very well-planned transition, whether the experienced worker is retiring or retraining into a different role”.

“It’s not in anyone’s interest to retire underestimating what it takes to have an enjoyable retirement and then be forced back into work, because then this emotional aspect comes into it which is predominantly negative.” 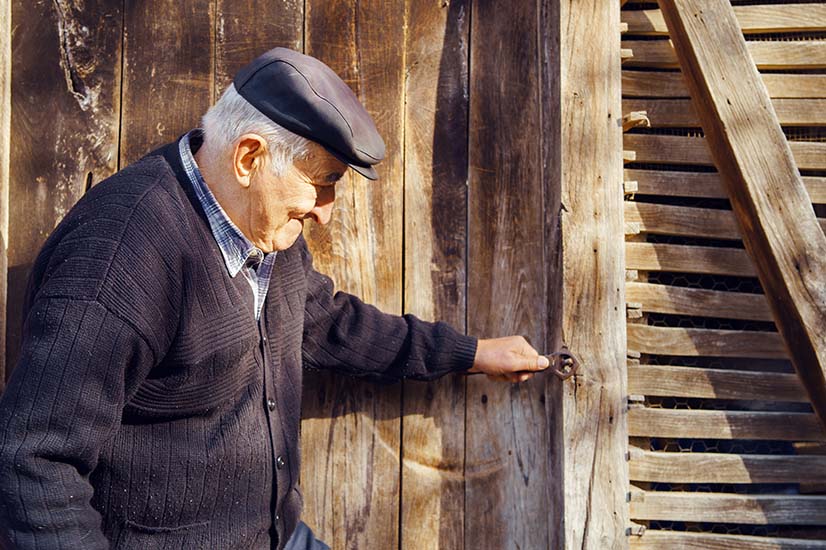