There are two reasons why many of today’s Baby Boomers are only retiring for a short space of time before returning to the workforce, according to a post-retirement expert.

The term used to describe the phenomenon, according to Mercer’s William Burkitt, is the “Baby Boomeranger”, and there are two major factors to explain the phenomenon of why Australia’s Baby Boomers are retiring only to return to a workplace.

“The Baby Boomer generation is the first one that has a lot longer life expectancy, and they’ve also not necessarily had really hard manual labour jobs,” Mr Burkitt noted.

As a result, they’re physically able to work longer.

And with a standard retirement age that sits around 65 years old, he said “they could still have 20 to 30 years in retirement ahead of them, which is a very, very long time to be retired and not doing anything”.

Mr Burkitt highlighted how Baby Boomers’ parents and grandparents had a life expectancy that was only mid to late 60s and early 70s, where “if you retired in your early 60s, retirement was only five to 10 years rather than 20 to 30 years”.

For the expert, it means Baby Boomers are grappling with new challenges from both a purpose perspective and a financial perspective.

At this point in time, Mr Burkitt outlined, “There is quite a bit of financial stress in Australia, and it’s hidden in quite a lot of respects.”

“We’re not in a formal recession, but different cohorts in Australia and retirees are finding [that] they haven’t necessarily experienced any wages growth for quite a long time,” he indicated.

“There’s research that shows employees’ remuneration and wages peak in their mid-to-late 40s – and so after that point in your 50s and 60s, your salaries decline.”

When coupled with the stagnant wages growth Australia has experienced over the last five to 10 years, plus rising CPI costs across some core goods and services that retirees need, “there have been these forces that have made it financially quite tough for retirees and hence there’s a lot of stress out there for them”, Mr Burkitt said.

“I think that’s the key reason at the moment.”

This driver to becoming a “Baby Boomerang” is often easy to identify and “driven out of necessity”, Mr Burkitt said, and is often triggered pretty quickly after reaching what the perceived or the planned retirement age is.

Oftentimes, the retirement leader said it can see individuals forced into jobs they don’t necessarily like or are passionately motivated by, “but they’re falling back into it as an Uber driver or within the gig economy or working part-time in call centres and so on”.

While acknowledging the financial situation as a driving force for the “Baby Boomeranger” phenomenon, the post-retirement leader was just as wary about the non-financial reasons driving Baby Boomers back into employment.

“There are probably three main life aspects that people don’t necessarily appreciate fully when they go to retire, and hence they don’t set themselves for success in retirement,” he commented.

The three aspects, according to Mr Burkitt, are having social connection around you all the time, having a purpose to life and a structure to your day.

Where these aspects don’t appear to exist to a retiree, the non-financial motivation to return to work can evoke stronger emotions.

“It typically surprises people when it occurs,” Mr Burkitt commented.

“They don’t expect to be within retirement – which is everyone’s goal – but then find they wake up one day and that they are depressed or the relationship that they have, they’re fighting more or not quite getting on as much with their partner in the house or family.”

“So, that does have a strange emotional response attached to it,” according to Mr Burkitt.

The result, for these “Baby Boomerangers” is that they then go searching for meaning and looking for the next perfect job.

Issues arise, Mr Burkitt noted, when these individuals have not necessarily reskilled and retrained, “so it can take a while to be satisfied with what the next part of their life going to look like”.

No matter the reason for a retiree becoming a “Baby Boomeranger”, he said “what actually needs to happen across our organisations and society is that conversations need to be started earlier” around retirement.

“It’s all about having structured conversations and having them early enough,” he continued.

“I don’t think it’s in anyone’s interest to retire underestimating what it takes to have an enjoyable retirement and then be forced back into work, because this emotional aspect comes into it – which is predominantly negative,” Mr Burkitt said. 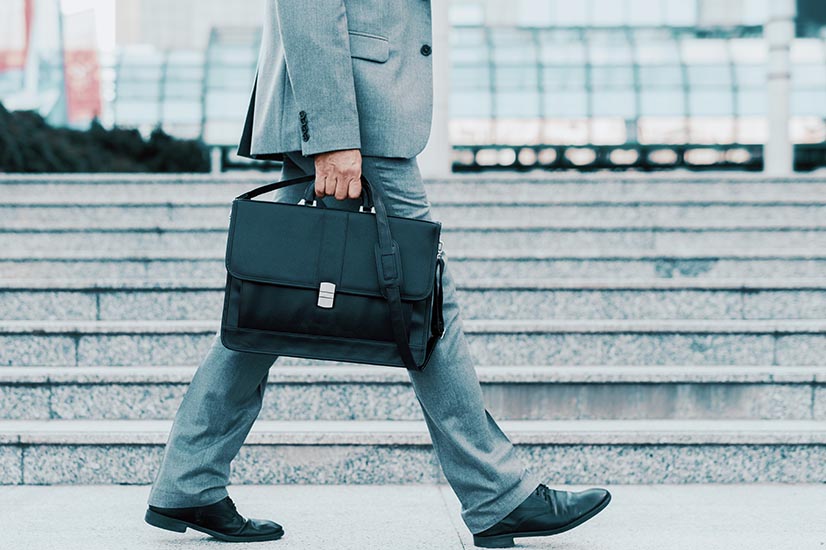 Last Updated: 09 January 2020 Published: 26 November 2019
Forward this article to a friend. Follow us on Linkedin. Join us on Facebook. Find us on Twitter for the latest updates
Rate the article