2016 proved a tumultuous and volatile year as markets reacted to shock political results around the world. Nest Egg caught up with ING Direct treasurer Michael Witts to talk about what investors can expect from property markets, US President Donald Trump and the Australian economy this year.

Nestegg: What do you see coming in 2017 for markets?

Michael Witts: In terms of 2017, rather than the year starting on 1 January, it started on 20 January because depending on what Mr Trump does, it will have a greater influence on the US economy and the world economy and could potentially wipe out any domestic factors given that we are potentially entering into a period of increased volatility and increased uncertainty. Trump is the key economic risk confronting not only the US economy but global economies.

I think it’s inevitable that there will be mistakes made, volatility, things said and taken out of context but it’s the frequency with which those things happen, and equally how quickly they can be repaired. For example, [when] Trump said something about the US dollar being too strong and that it should be weaker and it immediately dropped about 200 price points and then his secretary of treasury was in a Senate confirmation hearing and he made comments to the effect of over the longer term it’s inevitable that the US dollar will rise. What I’m trying to get at is, there’s 150 character kneejerk reactions and then there’s considered responses. Hopefully, the cooler heads can go over the top and smooth out the issues but it’s not going to be a smooth ride. From a risk profile viewpoint, it’s undoubtedly the potential volatility that will come out of the US is the number one risk.

NE: But will he be able to follow through on his rhetoric?

MW: I would suggest all policy suggestions are on the table. If you think about what Trump was trying to do, he was saying to middle America, “I can take you back 20 or 40 years to how the world was when there was a US industries”. Effectively, the easiest way to do that would be to become more protectionist. Another way to express that is wanting to give them new opportunities so another way to achieve that is to think creatively of how to create new ones. During the election, Trump basically said theoretically what he would do in a simplistic way. Perhaps a better way to think about that is how can the same ends be achieved but in a more sensible, effective and efficient way which doesn’t necessarily lead to trade wars. Basically, growing new industries at the expense of old ones.

The way in which Trump plans to make the US great again is by spending on infrastructure and rebuilding parts of America which is obviously going to incur budget deficits and larger bonds sales. But the fastest way to decrease a deficit is actually to grow an economy faster. In a roundabout kind of way, Trump may actually work. The way he runs his hotels is that he goes into debt during the construction phase and then when the hotel is running, he’s taking the revenue from the hotel to repay the debt. He incurs debt while he rebuilds the US economy and then through the growth dividend he repays the budget deficit so theoretically it could actually work. To the extent that the corporate tax rate leads to stronger corporate sector in the US, stronger activity and investment then yes, it will contribute to growth and repay the higher budget deficit in the interim.

NE: If the US does cut the corporate tax rate, does that mean we’re going to see Australia and others enter into a kind of tax war?

MW: Well, it’s interesting because as part of globalisation, what trade globalisation could be seen to need is location difference so we have various companies who have set up in Ireland because there’s a lower tax rate there. Will those companies now go to the US? Possibly.

It is possible that there could be pressure on tax rates here? Yes. If you see other countries reduce theirs and you see an outflow of business to those new domiciles, is it something the government would be thinking about today? No, because they have a structural budget issue they’re dealing with.

NE: Domestically, what are your thoughts on the Australian economy this year after we saw negative growth in September last year?

MW: The contraction in the September quarter had been flagged by the Reserve Bank and I think it’s probably the low point in the cycle. We’re expecting growth in 2017 to be heading towards 3 per cent, maybe around 2.8 or thereabouts.

Obviously, we’ve had the investment phase of the resources boom and we’re now moving into the production/export phase of the boom. We saw in November the trade account actually achieved a surplus whereas the last three years it’s been in a deficit and the contributors to that were higher exporter volumes and the run up in commodity prices in the last six months so you have a double effect there.

That should underpin the domestic economy over the course of 2017 because we’re moving away from the investment phase to the production phase. Equally, there’s a lot of infrastructure investment going on in NSW and Victoria.

I’d say we expect quite robust growth in 2017. Australia’s had positive growth for 25 years and it’s generally been in the order of above 2.5 per cent and below 3.5 per cent so it’s been in that channel for the best part of a quarter of a century. The back end of 2016 was a bit of a dip but we believe the annual rate will pick back up in 2017.

NE: What can we expect to see in the way of interest rates?

MW: Our view is that the Reserve Bank will be on hold for the better part of 2017. If we bracket the interest environment as neutral in terms of mortgage rates, what we have seen since basically September is that swap rates or longer term interest rates have increased quite significantly, about 60 basis points in three years and about 80 basis points in five years. That’s translated in higher fixed rates for property lending. Although the variable rates have moved up slightly due to funding pressures in the markets, we’ve seen the fixed rates move up much more strongly on the back of a global bond selloff.

NE: In recent years we’ve witnessed a tremendous run up in prices in the Sydney and Melbourne markets particularly, while there continues to be a glut of apartments. What will we see this year and what effect might that apartment oversupply have on the market?

MW: In terms of the property market, I think we need to recognise that there are Sydney and Melbourne market dynamics, and even within those cities there are multiple markets again.

Yes, there is suggestion that there is an oversupply of apartments coming into the market. That will find its own base. I don’t think there will be significant price decreases. There may be slower rates of price increases or something in the margin but we’re not talking significant movements. Worst case scenario is there could be a slight dip. I doubt there will be significant further increases in apartment prices given the supply issues coming through. How does that translate into the house market?

The house market is driven by a whole range of dynamics, I think that market will continue to be well supported. I don’t believe that price increases are sustainable longer term in the absence of wages growth because we’ve had a period of where wages growth has been subdued over several years now. So although housing prices have moved up, wages haven’t kept up so it means that the level of household debt has increased and that needs to be serviced. So long as we have a stable labour market that’s fine but I think we may need to see some wage increases for there to be sustained price increases.

NE: What sort of numbers might we see in the way of house price growth?

MW: I think we’ve had double digit price increases for the last three or four years now. I think we’ll see a period now where price growth is less than double digit and that may involve some plateauing, the margin may experience some slight decreases but it would be very much at the margin.

There are different factors that prompt people to buy and sell houses. It may well be that someone who is in financial difficulty or whose circumstances have changed may look to sell a property they recently purchased that could give rise to a loss but I think there’s been a number of people, particularly first home buyers that have been shut out of the market so any decrease in the market will probably be fairly well supported by that sector of the market. I don’t think we’ll see significant decreases in prices. I think it would be largely at the margin.

NE: And what factors are at play in other capital cities?

MW: There’s always going to be different factors. South Australia, for example, is affected by the close of the Holden plant there. There are going to be segments that are affected by one-off factors like that. That perhaps is a return to a more normalised situation reversing some of the increases we’ve seen over previous years. If there’s been abnormally strong price increase in particular areas of the market that’s most probably been driven by one-off factors, you could well see those prices become more normalised. 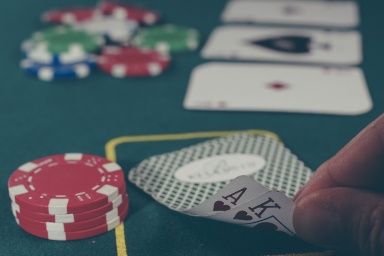 Last Updated: 15 March 2017 Published: 13 March 2017
Forward this article to a friend. Follow us on Linkedin. Join us on Facebook. Find us on Twitter for the latest updates
Rate the article