For SMSF investors, there are numerous lessons to be learnt from a family dispute over a substantial super death benefit involving three adult children.

The father was survived by three adult children, the mother having predeceased. The father could have made a binding death benefit nomination as the provisions of the superannuation fund expressly provided that facility. However, for reasons not explained, the father had not done so. If the father had done so, this article would end about here.

In fact, the father did not even make a non-binding death benefit nomination. On the father’s death, the trustee of the superannuation fund was required to allocate the death benefit to amongst the dependants of the father or to his estate (or a combination of dependants and the estate). It seems that the only dependants were the three adult children.

The trustee had adopted a general rule as to the manner in which death benefits are to be allocated when there is no binding death benefit nomination: the general rule being that the trustee does not allocate to the estate unless there are no dependants.

The trustee, in accordance with the general rule, decided to pay each of the adult children a third of the death benefit payable from the fund. However, one of the three children, his daughter, who was also one of the executors of her father’s estate, sought to challenge this decision and she challenged the decision in her capacity as a joint executor of the estate of the father.

Challenge before the Superannuation Complaints Tribunal

The daughter’s challenge was based upon two points. First was that the trustee had failed to take into account a previous family property arrangement by which her two brothers had benefited but she did not. It should be inferred that the father therefore intended that the daughter should receive the super benefit.

In relation to the first point the Tribunal noted that the daughter did not obtain any advantage from the property arrangement which occurred about 16 years before the father had died and also noted that the arrangement did not provide that the daughter would (in lieu) obtain the super benefits. In fact, the father had in the family property arrangement expressed the wish that neither of the brothers should have any further rights against him or his estate.

From this the daughter argued that while the family property settlement did not deal with the father’s superannuation it was implicit in the agreement that the two brothers would derive no benefit from the father’s super.

The trustee was aware of this point but noted that it was not the trustee’s role to resolve any perceived or real issues in a deceased’s member’s estate.

Consequently, on the first point the Tribunal held that the decision to pay the death benefit equally to all three children was fair and reasonable in its operation in relation to complainants.

In relation to the second point, the Tribunal noted that the general rule in fact did not operate as a fetter but was used by the trustee as a guide, the application of which was subject to the particular circumstances of the case. Consequently the trustee had not fettered their discretion.

Given the finding that the discretion was in fact exercised by the trustee (ie was not subject to a fetter) and the decision was fair and reasonable in its operation in relation to the complainants, the Tribunal was bound to affirm the decision of the trustee.

Appeal to the Federal Court

The daughter (as joint executor) then appealed to the Federal Court.

While reference of the trustee’s decision to the Tribunal was simply on the basis that the daughter was dissatisfied with the decision, an appeal to the Federal Court is permitted only on a question of law and the appeal is restricted to the questions of law which have been identified.

In the end, the Federal Court held – like the Superannuation Complaints Tribunal – that the decision reached by the trustee was fair and reasonable.

The questions of law raised by the daughter were two: first related to the “fetter” argument while the second was that the Tribunal failed to give adequate reasons for its decision.

As to the fetter question, the daughter expressed the issue that the Tribunal had adopted as a legal principle that the trustee of a super fund must in general pay to dependants in lieu of estate where there is no binding nomination. The Court held the Tribunal did not in fact hold that such a legal rule applied.

As to second question, the Court held that the Tribunal had in fact discharged its statutory obligation to give adequate reasons. The Tribunal posed the correct legal questions; it made findings of material facts; and proceeded to make the evaluative judgment required and explained its reasons for its determination.

Consequently, the appeal failed as neither ground was made out.

But what are the lessons: in particular, the alleged 5 lessons?

First, this case would never have arisen had the father made a binding death benefit nomination.

The father had a relatively simple and inexpensive means by which to achieve his goal of his super only benefiting his daughter (assuming that was his intention) – this was simply making a binding death benefit nomination or, if the trust deed of the public offer fund permitted, a non-lapsing death benefit nomination nominating his estate. This nomination (if correctly made) would have been very difficult to challenge.

Second, challenging a trustee’s decision on its merits is difficult.

A trustee’s decision cannot be challenged before the Complaints Tribunal merely on the basis that it was the best decision or that another person would have made a different decision.

Third, simply arguing that the trustee should have made a different decision will not be sufficient before the Complaints Tribunal.

While the trustee could have decided to pay the entire benefit to the daughter rather than to all three children or to the estate, it did not make that decision. The trustee’s decision is not challengeable before the Tribunal simply because another decision could have been made.

Fourth, establishing a “question of law” is not easy. Merely asserting a better decision could have been made by the trustee is not a question of law.

In this particular case, the daughter had the benefit of the doubt as to whether the question of law threshold had been satisfied.

Fifth – and finally – the central issue for the Tribunal is whether the trustee’s decision is “fair and reasonable” in the circumstances. The Tribunal is not concerned with reviewing the process by which the trustee reached its decision.

Consequently, the Tribunal function is not to find defects in the reasoning process but to consider the decision reached and to form a view as to whether the decision satisfies the requirement of being “fair and reasonable”.

Stock (as Executor of the Will of Mandie, Deceased) v N.M. Superannuation Proprietary Limited [2015] FCA 612 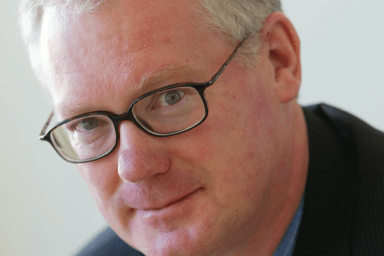 Last Updated: 11 February 2016 Published: 28 July 2015
Forward this article to a friend. Follow us on Linkedin. Join us on Facebook. Find us on Twitter for the latest updates
Rate the article