The pastoral empire built by Sir Sidney Kidman in the late 19th and early 20rh centuries is one of this country’s great business success stories. The Adelaide-born Kidman, whom left home at 13 with only five shillings in his pocket, went on to build a pastoral portfolio stretching from the Kimberley in Western Australia across South Australia and the Northern Territory to Queensland, boasting 19 individual properties, including 10 cattle stations, a bull breeding stud farm and a feedlot. It is a legacy of Rockefeller proportions.

Yet, it could be that the sale of the iconic Kidman empire to Australian Outback Beef, a joint venture between Gina Rinehart (67 per cent) and her minority partner, China’s Shanghai CRED (33 per cent), could prove to have just a big a legacy as that achieved by Sir Sidney all of those years ago. And the big winners could be Australia’s superannuation funds, especially self-managed super funds (SMSFs).

When Kidman’s descendants first decided to put the pastoral empire up for sale, it seemed a forgone conclusion that overseas interests would acquire the property. The lack of local interest, whether it be institutional or (very) high-net-worth individuals, was palpable.

But that lack of interest did not extend to the broader public. Right from the outset, there was public unease about the sale of this iconic pastoral empire to overseas interests. It was reflected in media coverage (especially talkback radio) and how that fed through into the political debate with the government twice delaying a decision on the sale to Chinese companies. In particular, the second time it was delayed, Treasurer Scott Morrison postponed the timing of any future decision until after the 2 July 2016 federal election. No prizes for guessing why.

There was another strong indicator of public interest in the Kidman sale. Crowdfunder DomaCom entered the fray about 12 months ago with an ambitious book build for Kidman. Although it was always a long shot, by the time DomaCom withdrew from the bidding, it had generated about $75 million in commitments from about 5500 ‘mum and dad’ investors, either via their SMSF or directly. The public was prepared to vote with their wallets and purses to keep Kidman in local hands.

The end result of the public concern about the sale of Kidman to overseas interests has been twofold – explaining why the legacy of the Kidman sale could be so critically important. First, it heightened awareness of the issue of the sale of prime agricultural land to overseas interests. (Currently 13. 6 per cent of our farmland is held offshore.) Second, and more importantly, it stirred interest in agri assets as an investment class at an institutional and retail level. It is not before time.

In terms of institutional investment, the Queensland government’s $78 billion global investment manager, QIC, announced in May it had acquired an 80 per cent interest in the North Australian Pastoral Company (NAPCO), one of Australia’s oldest and largest agricultural enterprises covering 5.8 million hectares across Queensland and the Northern Territory and about 180,000 head of cattle.

In announcing the acquisition, QIC noted the low volatility of agricultural land, growing demand for protein in Asia, and an investment horizon that allows a long-term investor to negotiate fluctuating commodity and currency prices, as well as natural disasters such as flood and drought. QIC added that overseas pension funds are increasingly looking to agri investments. Retail investors, especially SMSFs, took note.

It was a point well made because Australia’s $2.2 trillion superannuation industry only has 0.3 per cent of its assets invested in this sector. It has been largely overlooked as an asset class. This is despite the fact primary commodities are our sixth largest export industry (with excellent growth prospects based on Asian demand) and contributes about 3 per cent or close to $50 billion to GDP. Add food processing and farm support industries and it comes to about 12 per cent gross of GDP.

But hopefully the public debate generated by the Kidman sale is changing the perception about agri investment. Although there is lack of investment knowledge about the industry, that will change as investor demand grows. There is a growing realisation that Australia has some of the best agricultural and pastoral property in the world, and although currency and commodity prices fluctuate, affecting the underlying businesses, the land itself is a relatively stable asset in terms of value and yield.

Indeed, rural property, generally, is a higher yielding class of property than residential, depending on whether it is pastoral or broadacre, and where it is located. Long-term tenants are another feature of rural property that lend the sector a higher degree of stability. As the Rural Bank showed in its Australian Farmland Values 2015 Report, the average annual median price growth for Australian farmland over 20 years was 5.8 per cent, not including income.

As awareness of this price growth grows, so will investor interest, especially at a time of record low interest rates. In particular, it makes it an ideal investment for superannuation funds. For an SMSF in the accumulation phase, a long-term time horizon is no barrier to an investment that offers an increase in the capital value in land, as well as a steady yield. DomaCom’s projected yield on Kidman was 3.9 per cent.

It’s not just an investment story. For the primary producer, more equity investment in their property via the crowdfunding model can change the way in which farmland is funded, potentially reducing the level of bank debt.

A survey conducted by DomaCom in the wake of their Kidman Station bid found strong interest in agri investment, as well as an understanding that their super fund was the best vehicle to achieve this end. From DomaCom’s perspective, it has made the crowdfunder all that more interested to seek out rural investment opportunities. It’s a matter of matching supply and latent demand, and if it becomes a reality, it has the ability to transform one our critically important industries, allowing retail investors to join forces with our primary producers to jointly ride on the sheep’s back. 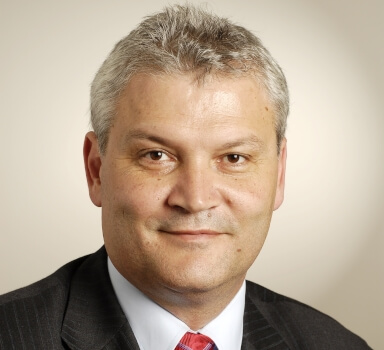 Last Updated: 09 January 2017 Published: 10 January 2017
Forward this article to a friend. Follow us on Linkedin. Join us on Facebook. Find us on Twitter for the latest updates
Rate the article