A majority of Australia’s economic experts predict the Reserve Bank of Australia (RBA) to cut the cash rate this afternoon – for the third time in 2019 – but what would actually be the effect of the rate dipping below 1 per cent? Peter Costello has weighed in.

The latest cash rate survey from Finder has more than half (55 per cent) of the 45 experts and economists surveyed expecting an October drop to 0.75 of a percentage point.

It’s a similar position to that taken by former government treasurer Peter Costello, who has even predicted that an immediate rate cut this month “may not be the end” of the downward spiral.

With “a bit of a race to have the lowest exchange rate at the moment” and to stay competitive among other stalling economies, it has begged the question for Mr Costello: What will a rate cut do for the economy?

In his view, not much.

Even outside the cash rate, Mr Costello looked to the real economy as it currently stands.

“You can get a home mortgage with a three in front of it,” he said.

“Take 25 basis points off – is it going to make a big difference? I don’t think so.

“It’s also what we call the law of diminishing returns – every rate cut brings a little less of a return than the one before it.”

The chairman of Australia’s Future Fund and the Nine Network corporation brought up the RBA’s comments about non-conventional monetary policy as evidence that there’s discourse around what happens “when you can’t cut any further”.

“That’s uncharted waters for us.”

Despite this, he was quick to then point out that “it’s not uncharted for the world”, singling out instances in the US and Europe.

“Would a rate cut do that much?” he repeated, before saying that it wouldn’t.

“It might keep your exchange rate competitive”, he did acknowledge, before conceding “it’s about the most you can hope for”.

Despite the lack of an effect Mr Costello perceived around the “real economy”, he did express that another rate cut would have an impact on the markets.

“I think it would support the markets,” he said.

“Markets are high because money is cheap, and every time money looks like it’s getting a bit more expensive, the markets start getting volatile… So, it might be good for the markets, but you should always bear this in mind: one day things might go back to normal and when they do, what’s going to happen on those markets.

“That’s what you’ve got to think.

“What’s the time frame on those markets going back to normal?”

He highlighted it as another reason interest rates are staying so low, explaining that “every time it looks like they are going to normalise and go up, the markets go haywire and people say, ‘Oh, we don’t want that to happen’”.

“The thing about easy money [is] it’s like the Hotel California. You can check out, but you can never leave,” he said. 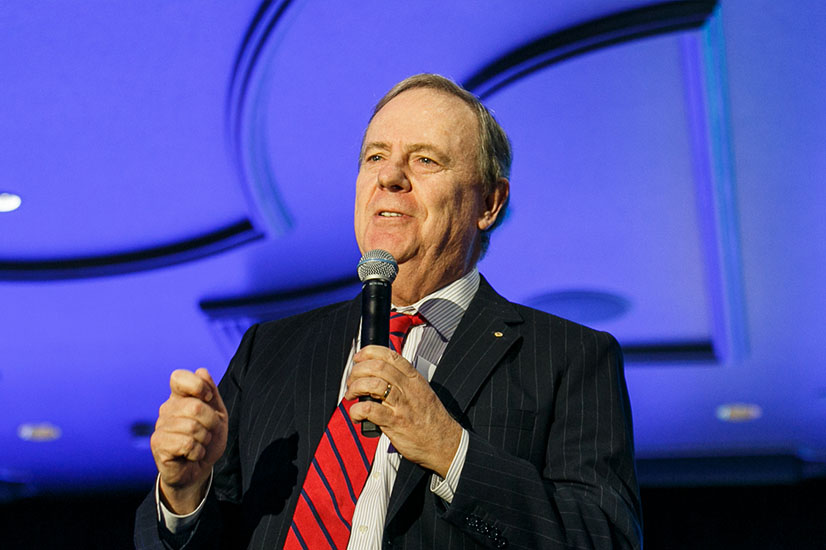 Last Updated: 06 January 2020 Published: 01 October 2019
Forward this article to a friend. Follow us on Linkedin. Join us on Facebook. Find us on Twitter for the latest updates
Rate the article