Speaking last week at Yahoo! Finance’s All Markets Summit, the longest-serving commonwealth treasurer to date went so far as to say that a rate cut on the first Tuesday of October “may not be the end of it”.

“We’ve never lived through interest rates this low,” he said.

“We’ve never lived through a cash rate of 1 per cent and it’s going lower.”

He began by acknowledging that indicators of the Australian economy are “reasonably good”.

“And yet, we have interest rates which are near-emergency levels,” he said.

“Do we look at an economy that’s reasonably good on the indicators and say the glass is half full? Or do we look at it [as] an economy which is propped up by emergency interest rates and say, actually it’s half empty?”

According to the former treasurer, “we’re actually sitting at a pretty sweet spot”.

“If you want some evidence of that, we’re running trade surpluses and current account surpluses,” Mr Costello said.

While growth for the year was just 1.4 per cent, he advised that 1 per cent of that growth had come in the last two quarters.

So, “why would the bank be thinking of cutting rates now?” Mr Costello asked of the crowd present.

He cited the speech given by Reserve Bank of Australia governor Philip Lowe at Armidale Business Chamber where he said “we don’t want our exchange rate to go up”.

Paraphrasing, Mr Costello said “what he was basically saying was this: if everybody else in the world is cutting rates and we don’t follow, our exchange rate will go up”.

“There’s a bit of a race to have the lowest exchange rate at the moment.”

The former politician said that “in the trade, it’s known as the race to be the shortest pygmy”.

“Rates are all going down and you want to be the shortest pygmy in the room,” he continued.

The former treasurer further explained that “we don’t want the AUD going up at a time when everybody else is going down”.

“So, to a degree, if everybody else is into rate cuts, we’ll be part of it as well because we want that stimulation of a competitive exchange rate, and I think that’s a very big part of the bank’s thinking at the moment.” 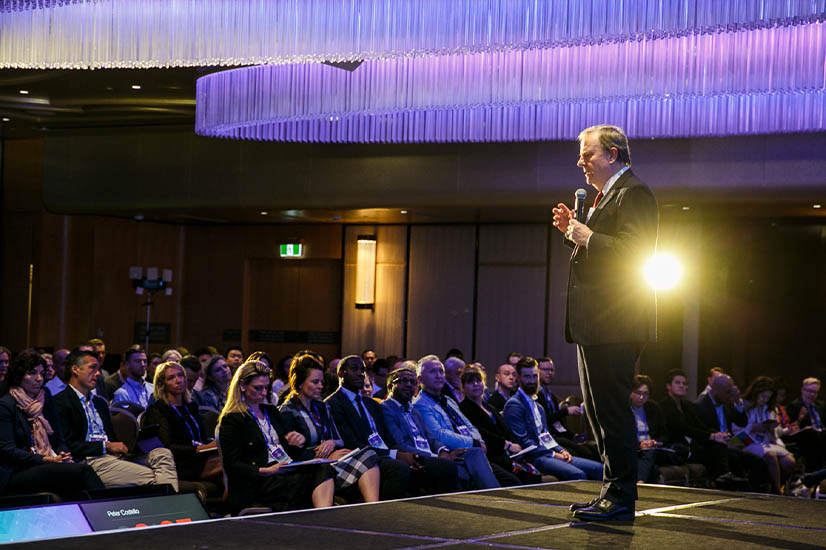