Investors who have been an increasing source of mortgage demand over recent years have been incurring higher mortgage rates since 2015 as lenders charge a premium for investment loans. What does this mean for the housing market broadly?

Although the cash rate hasn’t been adjusted for almost two years, the rhetoric from the RBA continues to be that the next move in rates is likely to be up rather than down.

As at 1 August, the expectation from the market was that within the next 18 months, which takes us out to the beginning of 2020, official interest rates would be at the same level as they have been since August 2016 (the RBA typically move rates in multiples of 25 basis points).

Should that come to fruition, that would be three and a half years whereby there was no adjustment to official rates.

When you consider the unprecedented length of stability we’ve already experienced in the cash rate, it would seem unlikely that whatever the economic conditions are by 2020, it wouldn’t have necessitated a change from the interest rate settings that have been in place since August 2016 (whether that be an increase or a reduction to the cash rate).

You can read the RBA’s charter on its website, but to summarise: the RBA aims to ensure that the monetary and banking policy of the bank is directed to the greatest advantage of the people of Australia and that the powers of the bank … are exercised in such a manner as, in the opinion of the Reserve Bank board, will best contribute to:

- the stability of the currency of Australia;
- the maintenance of full employment in Australia; and
- the economic prosperity and welfare of the people of Australia.

Increasingly over recent years, the mortgage lending environment and the rate of escalation in dwelling values, particularly in Sydney and Melbourne, have been called out by the RBA as risks to the financial stability of the Australian economy.

Direct intervention in the form of macro-prudential tools (which the RBA was initially reluctant to endorse) have eventually led to a swift reversal in housing market conditions over the past year.

Over this time, national dwelling values have started to fall and, more importantly, so too have values in Sydney and Melbourne following a number of years of substantial value growth, and investor participation in the housing market has waned.

Higher mortgage rates to investors along with tightened overall credit conditions, higher supply levels and reduced housing affordability in the largest capital cities have been major contributors to the recent declines in dwelling values. Investor activity has reduced substantially as a result of these measures.

At its peak in May 2015, investors accounted for 54.8 per cent of the total value of new housing finance commitments. This was before macroprudential controls were fully implemented and also before investors were being charged a mortgage rate premium.

As at May 2018, investors accounted for 42.0 per cent of all new lending, which was its lowest share since August 2012 with the 42.0 per cent share sitting right on the two decade average.

The six-month change in dwelling values annualised and standard variable mortgage rates over time. Also, while mortgage rates for owner-occupiers have been steady over recent years, the macroprudential tools that have been implemented have led to mortgage rate premiums being applied to investor mortgages. Probably the most important take-away here is the relationship between mortgage rates and value growth.

As mortgage rates rise, dwelling value growth typically slows and vice versa. Since the last recession in the early 1990’s there has been a long-term trend to declining interest rates. At some point that trend will need to be reversed especially as overseas economies begin to normalise interest rates however, breaking the trend may have some significant implications for the housing market.

This is especially the case when considering that dwelling values are already falling and to-date it has only been investors and interest-only borrowers that are being charged higher mortgage rate premiums.

It is important to note that owner occupiers remain the biggest source of mortgage demand, accounting for around two-thirds of outstanding mortgage credit, to date these buyers (except those with an interest-only mortgage) have little or no change to interest rates.

Given the RBA’s charter is to contribute to the economic welfare and prosperity of the people of Australia, personally I find it difficult to believe that there is a strong likelihood of any near-term cash rate increases.

In fact, with underlying inflation below the RBA’s target range, low rates of income growth, high rates of underemployment and the largest asset class in the country (residential housing) falling in value, a stable interest rate environment, or potentially even a lower cash rate if mortgage rates track higher and value declines accelerate, a potential interest rate cut seems to be a more appropriate course of action at this time.

Especially when you consider that historically, higher mortgage rates result in a further slowing of housing market conditions.

While a decline in dwelling values is not necessarily a bad thing (especially considering how expensive housing is in Sydney and Melbourne) falling dwelling values can also have an impact on spending throughout the rest of the economy as home owners feel the impact of reduced wealth.

This discussion about the potential for interest rate changes also doesn’t take into consideration the fact that funding costs are increasing for mortgage lenders, which is already starting to lead to some mortgage rate increases for borrowers with mortgages from smaller lenders and non-bank lenders (noting that as yet the big four banks have not increased mortgage rates). 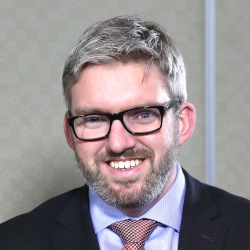 Last Updated: 21 September 2018 Published: 14 September 2018
Forward this article to a friend. Follow us on Linkedin. Join us on Facebook. Find us on Twitter for the latest updates
Rate the article