The United Kingdom has just announced its first budget under new Chancellor Rishi Sunak. There are ongoing concerns about how the budget will balance — in other words, there are a lot of red numbers in the infamous red book.

The budget presents a change of approach as Britain looks to move away from austerity measures with a commitment to an average annual spend of £35 billion over the next five years.

One of the ways the government is looking to fund this increased spending has been through a concerted effort to refresh UK tax legislation in relation to property over the past eight years.

Alison Wood, a partner at Pitcher Partners Sydney and an expat herself, explains how these changes will affect both expatriates and Australians who want to buy, sell or rent property in the United Kingdom (UK).

Acquiring property in the UK

This definition allowed HM Revenue and Customs (HMRC) to slug an extra 15 per cent land tax (called stamp duty land tax or SDLT) on properties worth over £2 million that were held by non-natural persons.

The one thing in common across all jurisdictions is that all acquisitions of second or additional properties will attract a higher stamp duty tax rate — 3 per cent higher in England, Northern Ireland and Wales and 4 per cent extra in Scotland.

Watch out, because if you hold a property in Australia (or indeed anywhere in the world) and buy in the UK, your costs of purchase will increase.

Owning or renting property in the UK

If you own a UK property via a structure and the property is valued at more than £500,000, you’ll have the additional tax and compliance burden of the Annual Tax on Enveloped Dwellings (ATED).

If you are receiving income from a UK residential property, your deductions may now be less. On 6 April 2017, finance cost relief restrictions came into play. Finance costs — which include interest on mortgages, interest on loans to buy furnishings and fees incurred when taking out or repaying mortgages or loans — will no longer be deductible from property income.

In addition, in 2016, provisions that allowed landlords to claim a 10 per cent wear and tear allowance — to offset property depreciation — were abolished. The new legislation means that landlords must replace and renew household fixtures first. To claim a deduction, the replacement must be like with like (i.e. a washing machine replaced with a washer/dryer will not be deductible).

These subtle restrictions on deductions against rental profits can have an impact on a UK tax resident’s tax liability. Depending on individual circumstances, these changes could impact on personal tax reliefs including the £1,000 saving band, eligibility for child benefit payments and allowable pension contributions, as well as having a cash-flow impact on tax payments.

Selling property in the UK

As if these increases of property taxes and duties in the UK aren’t enough, there have also been significant changes to the potential capital gains tax (CGT) reliefs available, especially where the property was once the owner’s main home.

Up until and including 5 April 2014, if you sold a UK residential property while not considered a resident for tax purposes for five complete UK tax years, then there was absolutely no UK CGT to pay.

However, after 6 April 2014, the sale of all UK residential property by non-residents is subject to tax in the UK.

This is made difficult for non-residents by the fact that these lodgements are processed manually. The tax payments require a payment reference, issued by HMRC who may take 30 days or more to process the non-resident CGT return and issue the important payment reference number.

For anyone selling a UK property that was once their main home, other reliefs are being restricted, namely Lettings Relief.

This law was introduced in the 1980s and was designed to prevent people from jeopardising their main residence CGT exemption when they let out rooms or the property for a short period.

From 6 April 2020, this relief, which allows up to an additional £40,000 in tax-free gain, will only be available to those who “share occupation”. That is when the owner lives in the property as their main home, while generating rent from a portion of the property.

A further restriction is the reduction of the final PPR period exemption. Where a property was your main home or “principal place of residence”, and then is sold, the last 36 months of ownership were always deemed to qualify for the PPR CGT exemption. However, this was reduced to 18 months, and from 6 April 2020 will be further reduced to the final nine months only.

As if that’s not bad enough, they have taken it one step further by tightening the qualification criteria for PPR relief — the property now must be in a territory in which the individual is resident or, where it is in a different territory, the individual meets a “day count test”. This means a property owner (or their spouse or civil partner) must spend at least 90 midnights in the property, or in other properties in the same territory, during the UK tax year.

The amount of changes to UK tax legislation in relation to property over just eight years almost beggars belief, but it will represent a significant boost to the Treasury.

The UK government expects to recoup between £5 billion and £8 billion solely from the combination of the refinement of lettings relief and reduction of the PPR exemption period. It follows that these changes may have a huge impact on the CGT bill on the sale of any residential property that was once the owner’s main home.

These measures will, it’s hoped by Mr Sunak, put a dent in the £35 billion extra he’s proposing to spend each year for the next five years.

If you are letting a house or a room in the United Kingdom, please take note of the changes above. It’s very easy to accidentally become a high-rate UK taxpayer without changing your circumstance.

If you are selling a UK property which was once your main residence, it is crucial to review your CGT position with your specialist financial adviser.

Alison Wood is a partner in the Private Business and Family Advisory division of Pitcher Partners Sydney. 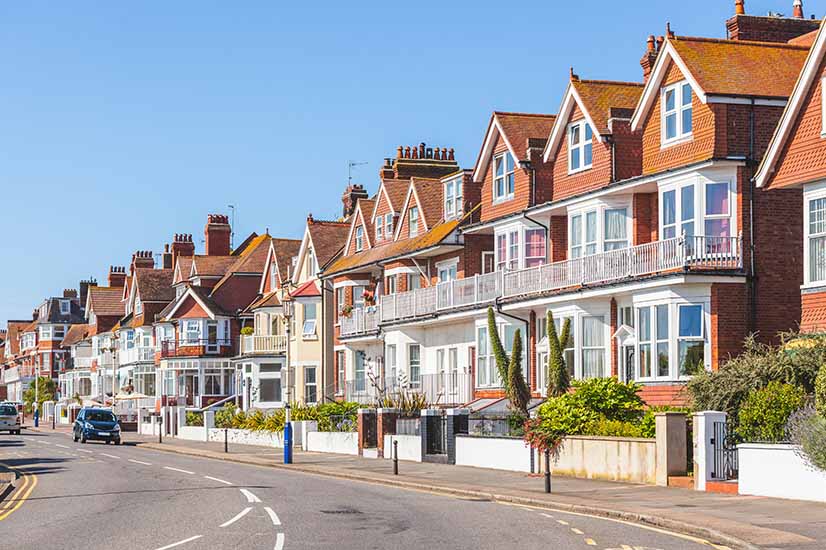 Last Updated: 13 March 2020 Published: 13 March 2020
Forward this article to a friend. Follow us on Linkedin. Join us on Facebook. Find us on Twitter for the latest updates
Rate the article