Cryptocurrencies are forms of virtual money that has seen an increase in popularity as an investment option, but are they a good one? Here’s what investors need to consider before purchasing some for their portfolio.

Cryptocurrency has seen an increase in popularity, especially after the value of the first successful virtual currency, Bitcoin, experienced a surge in value.

This staggering growth attracted many to consider Bitcoin and other cryptocurrencies as a viable form of investment. But many professionals warn investors against doing so until they consider all the risks they will be exposed to.

Here are a few important reasons to help investors consider or rule out virtual currencies as an investment option.

Cryptocurrencies are digital forms of money that can be used to pay for transactions, but unlike the usual printed and minted monies, it is decentralised and is not attached to a specific currency.

The electronic money is not secured against any form of asset with a specific value nor by any central bank in any part of the world. This means that no single government or currency can heavily influence its value.

Cryptocurrencies can be created by anyone who is tech savvy: there can be thousands of virtual currencies in circulation at any given time, however, there’s only a handful that succeeds.

Advantages of investing in cryptocurrency

Here are a few other advantages to consider:

Gains can be exceptional
The cryptocurrency market capitalisation has increased more than tenfold since Bitcoin—the first successful digital currency—launched in 2009, which shows that exceptional gains is a huge possibility.

Most seasoned investors may argue that the stock market is the best place to beat inflation and earn at the same time, but the increase in the value of Bitcoin shows that exceptional growth in earnings can be exponential for a cryptocurrency investor.

It is multi-purpose
Unlike shares, bonds, properties and other investment assets that need to be sold for gains to be realised, virtual currencies can be used for transactions in its current form. Since it is not tied to a specific currency, trading and payment are also simpler.

Why cryptocurrency investments could be a bad idea

Every investment has a downside.

Some of the disadvantages of cryptocurrency investments are:

Volatility can be extreme
Virtual currencies may not be tied to any government or currency, but they can still be affected by changes that happen in any part of the world.

There’s also the tendency for virtual currency prices to fluctuate hundreds of dollars within a trading day.

Complete loss is a big possibility
The extreme volatility of virtual currencies can end in a complete loss of investment if owners lose their keys, do not store them properly or the exchange is compromised.

Likewise, huge losses can happen if the value of the digital currency they purchase suddenly drops or the currency disappears.

Not secure
Cryptocurrency holders and investors do not have any legal recourse should losses occur because their investments are not insured.

While the blockchain technology prevents hackers from destabilising the system because the information is spread out, they can still render virtual currency holders unable to use their tokens if they get a hold of their private keys.

Illegal in some countries
Using and trading cryptocurrencies are already banned in at least five countries and have been under scrutiny in others.

China, for instance, may be on the verge of banning cryptocurrencies despite using a locally developed version of it.

Increasing regulations
Some governments have taken the “if you can’t beat them, tax them” approach: drawing up regulations to ensure its citizens pay tax on cryptocurrencies even if trading them is frowned upon.

In Australia, only cryptocurrencies worth less than $10,000 and used to purchased personal use assets are exempt from taxation. If the purchased asset is not strictly for personal use, it will be taxed accordingly.

The Australian Taxation Authority (ATO) considers cryptocurrencies as property, which means they are subject to capital gains tax (CGT) when purchased as an investment and goods and services tax (GST) when used for business transactions.

Should you invest in cryptocurrency?

The answer to this question cannot be a simple ‘yes’ or ‘no’: cryptocurrencies are highly volatile in nature and have risks and benefits that can outweigh each other given the circumstance. Interested investors must exercise caution and weigh the advantages and disadvantages of cryptocurrency investing well before taking the plunge.

It is also recommended to speak to a licensed professional to determine if it is the right investment for them.

This information has been sourced from the Australian Taxation Office, Nest Egg and XE. 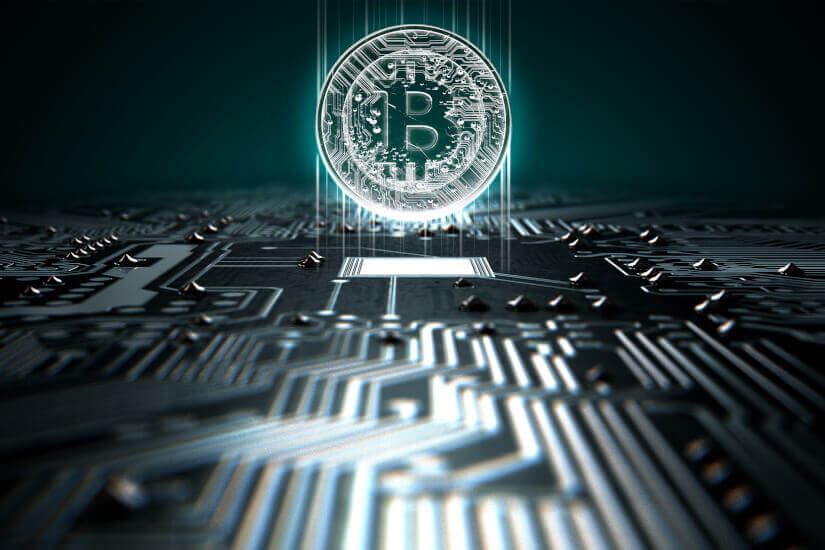 Last Updated: 05 March 2020 Published: 05 May 2018
Forward this article to a friend. Follow us on Linkedin. Join us on Facebook. Find us on Twitter for the latest updates
Rate the article