With a few months until the end of the financial year, now is the perfect time to begin thinking about your return and where you might be able to save.

While most Australians complete a tax return every financial year, they’re still finding it difficult to get right, according to Income Tax Professionals (ITP) regional director Scott Bailey.

“There’s been a couple of studies done over the last 12 to 18 months comparing people who have done their own tax return and then had them checked by an accountant and about 60 per cent contained errors,” Mr Bailey told Nestegg.

Mr Bailey said there are several common misunderstandings about what you can and can’t claim at tax time.

1. Travelling to and from work

Travelling to work every day is generally non-deductible, but there is an exemption in certain cases.

“If you have to carry bulky items to and from work, then that might make their travel claimable,” Mr Bailey said.

“However, some people might just be carrying sensitive documents which aren’t necessarily classified as bulky. In the case of a labourer, if an employer has a place on-site for them to keep their tools, the ATO can disallow their car travel for carrying tools.”

Many people are confused about what the tax office considers work attire.

“Generally, you need to have the logo of the company on the uniform that you have and you generally can’t claim any type of conventional clothing,” Mr Bailey said.

“If you work for a clothing retailer for instance and the employer requires you wear the clothes that are in display in the shop, that does not constitute a uniform if doesn’t have the logo or name of the company on it, and if it’s not a specific uniform.”

Likewise, types of shoes must be specifically mandated by an employer or occupation to be tax-deductible, according to Mr Bailey.

“In order to claim shoes, they must be part of a full uniform that the employer has a specific policy on, like steel-capped boots for labourers for example.”

While many employees might believe an educational course will help their career opportunities, it must fit certain criteria to be acceptable to the tax office.

“Any self-education claim must have started after you got into related employment or you won’t be able to claim that course because it started too early to say it was related to the job,” Mr Bailey said.

It may be tempting to claim a day’s expenses incurred outside of the office, but it must be able to be legitimately classified as travel.

“When you want to claim travel expenses such as meals, that’s generally interstate travel or travel to country areas only,” Mr Bailey said.

“People can claim work trip travel expenses such as airfares and trains, but not if your employer has reimbursed you.”

Donations to charitable causes may be one of the most commonly advertised tax deduction, but there is a trap to be wary of.

“Whenever you give to charity, and it might be a raffle, or receive something in return, generally none of those are treated as charitable donations,” Mr Bailey said.

“That being said, sometimes charities will break down the donation. For example, a bandaged bear purchase [must specify] the dollar figure for the bear and how much constitutes an actual donation and that will be recorded on the receipt,” he added.

If your workload follows you home from the office, you may be eligible to claim it, but you will probably have to provide proof.

“We’ve got a lot of school teachers who mark reports and homework at home, for example, [and they] can generally claim a few cents per hour if they keep a four-week diary every year,” Mr Bailey said.

If you are still confused around specific deductions or have any tax queries in general, you should seek professional tax advice. 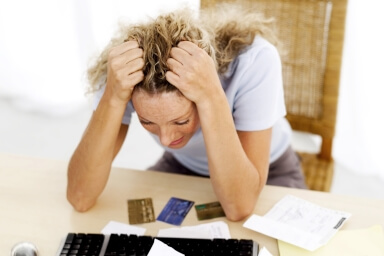 Last Updated: 08 March 2017 Published: 03 March 2017
Forward this article to a friend. Follow us on Linkedin. Join us on Facebook. Find us on Twitter for the latest updates
Rate the article