After a rollercoaster 2015, what’s in store for SMSF investors who are eyeing up the property market this year?

Australian housing markets, in general, experienced a rollercoaster ride of buyer activity and price growth throughout 2015, as markets waxed and waned in the face of dramatic changes to interest rates, offering many opportunities for those in property investment.

The significant price growth disparities of recent years, however, are set to converge through 2016 with capital city results consolidating around a narrow range of outcomes. Lower, subdued rates of house price growth will be a predictable outcome of the underlying low growth, low interest rate dynamic of the national economy now set to influence housing markets over the longer term.

The Sydney and Melbourne housing markets surged over the first half of 2015, following interest rate cuts in February and May, with the Sydney market reaching unprecedented stratospheric heights in prices growth over the June quarter. Melbourne similarly experienced its strongest price growth in years as an improving economy and rising confidence activated buyers.

Other markets produced mixed results throughout 2015, despite the lift in affordability through the lowest mortgage rates since the 1960s.

Housing market activity in 2015 was clearly affected by extraordinary policy initiatives by the financial regulator, APRA, which resulted initially in higher interest rates for investors mid-year and followed up in spring by rises to owner-occupier mortgage rates.

The prospect of significant change for the underlying dynamic of Australia’s capital city housing markets awaits buyers and sellers in 2016, with opportunities still available for savvy property investors.

Prices growth in all capital cities will likely converge in a narrow range between two and five per cent over the year, with outcomes depending on the nature of local supply and demand factors and the performance of local economies.

The extraordinary prices growth reported by Sydney, and to a lesser degree Melbourne, over the past year will not be matched over 2016, with long-term investment a good strategy for investors in these cities.

Prices growth in Sydney over the first half of 2016 is likely to be flat at best, with buyer and seller confidence clearly tested in an atmosphere of falling prices. Activity levels and prices should, however, begin to rise through the second half of the year. This reflects a rebalancing of confidence driven by Sydney’s continued pre-eminence as the strongest capital city economy, an underlying shortage of housing and strong migration.

Although prices growth will be well below that recorded through 2015, the Melbourne market is nonetheless well placed to maintain its pre-eminent position as the strongest capital city housing market, which it established at the end of 2015.

Other capital city markets are set to record similar or marginally higher house price growth over 2016. Real house prices have fallen in Adelaide, Canberra, Hobart and Brisbane since the peak of the past cycle in 2010. Affordability, therefore, remains a positive in these markets compared to Sydney and Melbourne, particularly given recently improving local economies and the lowest mortgage rates since the late 1960s. Brisbane appeals with upside potential for prices growth, particularly in budget-priced outer suburban markets that have been subdued over recent years.

The Perth and Darwin, housing markets have been significantly affected by the downturn in the resource sector, exacerbated particularly by the collapse of the fly-in, fly-out workforce in these cities. Recent signs, however, are positive that the Perth housing market is now bottoming out following two years of falling prices. Gradually restored confidence is likely to see price growth resume by mid-year with the increasing likelihood of finishing in the black over the year.

Capital city apartment markets will continue to be affected by the recent unprecedented surge in new inner-city apartment construction with continued downward pressure on prices and rents as a consequence for the foreseeable future.

Rental vacancy rates are set to remain low for houses in most capitals; however, vacancies for units will be significantly higher.

The policy initiatives coming out of APRA have contributed to a disconnect between Reserve Bank interest rate settings and mortgage rates as set by banks. The prospect for higher bank mortgage rates remains in 2016 – despite the likelihood of lower official interest rates set by The Reserve Bank – if the national economy continues to underperform. This will have a neutralising effect on housing market activity, although higher mortgage rates if they occur will have an impact on buyer and seller confidence.

Despite the prospects of moderate housing market growth generally through 2016, it is likely that activity among some buyer types will stabilise and increase. Investor activity, despite higher interest rates for this group facilitating a period of sharp downward adjustment from record levels, is set to consolidate as the attraction of relatively high yields in a low-yield economy and continued taxation advantages prove irresistible – particularly to small-scale investors.

Tight vacancy rates and continued undersupply of rental properties will maintain yields through continued upward pressure on house rents in most capitals. The Sydney yield cycle has bottomed out, with gross returns set to rise through 2016.

Australian capital city housing markets will remain key targets for foreign investors in 2016 – particularly from China – reflecting strong cultural and economic connections and high regard for the security of local residential property.

The mixed performance of the Chinese economy is unlikely to have an impact on recent strong growth in investor activity that reflects perceptions of Australia as a capital safe haven. Buyers from China will continue to target CBD and inner-suburban apartment markets in Sydney, particularly Melbourne and increasingly Brisbane, and will remain a significant source of demand and supply in these burgeoning sub-markets. 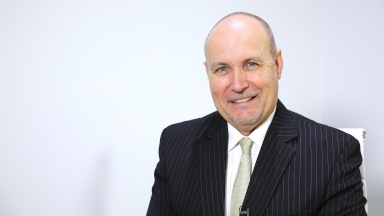 Last Updated: 15 January 2020 Published: 03 March 2016
Forward this article to a friend. Follow us on Linkedin. Join us on Facebook. Find us on Twitter for the latest updates
Rate the article