Self-managed super funds with higher numbers of trustees and funds with older trustees are more likely to invest in less risky assets.

That’s the finding of a report from SuperConcepts and the University of Adelaide. The research identified trustees’ gender, trustees’ ages, and the number of trustees as factors in where SMSFs choose to invest.

The report, using data from more than 20,000 unique SMSFs between the 2008 and 2015 financial years, compared the investment of SMSFs in relatively riskless assets, like cash, and more risky assets, such as domestic shares and property.

Additionally: “Funds with average trustees aged less than 50 years old have a significantly greater proportion of assets allocated to domestic shares and property. This finding supports the view that funds with younger investors are less risk averse and engage in more risky investments.

“However, the funds with younger trustees also invest more in cash, which goes against our prediction. These findings indicate that trustee age can explain some of the SMSF aversion toward risky asset classes, but does not necessarily also explain all investment attitudes.”

Explaining its findings around gender and age, the report detailed: “Gender bias leads funds to invest in risky assets when they are comprised of more male trustees.

“On the other hand, our findings indicate that group behaviour bias may exacerbate home bias [wherein funds invest in assets that are more ‘familiar’]. Funds with more trustees appear to prefer safer allocations by investing more in cash and less in risky assets.”

According to the authors, the results suggest that gender and group behaviour bias work in opposite directions.

“Lower investments in cash attributed to gender bias get cancelled by group behaviour bias, with the net effect resulting in a reduction in cash holdings over time.

“These findings match our observation of decreasing cash holdings across SMSFs in our sample. Furthermore, given that the decreasing trend started right after the global financial crisis, the lower cash holdings could be indicative of having greater confidence in their investment abilities.”

Additionally, the “outstanding performance of the SMSF sector” throughout the GFC may also “embolden” trustees to invest in more “risky asset classes locally”.

One of the report’s authors, Professor Ralf Zurbruegg from the University of Adelaide, said the report shows that the traits and number of trustees running an account has an impact on where the trusts place their money.

“That does raise the question; does that make a difference in terms of overall performance in the end?” he considered.

“We're basically now showing that there's a question that needs to be answered. Before that [report] nobody really knew [about the questions].”

Does it pay off? That remains to be seen

According to Mr Zurbruegg, the report “sketches the surface” of asset allocation and trustee traits.

“What we’ve done so far is peel back the first layer. We’re basically saying: Look, there is a difference in the asset allocation. Now, the question is, do those males that take riskier positions, riskier allocation, are they being rewarded sufficiently for their risk?”

That’s the question the researchers want to answer in another report due out around mid-2018.

“So the question that we need to ask now is: are the males getting a better return for their riskier assets than the females, or are the males simply taking more risk and not really getting the same returns as what they should get for the extra risk?”

“What we're saying is that there are behavioural traits in here. Does that have an impact on performance? That's the big question that we need to ask next,” he concluded. 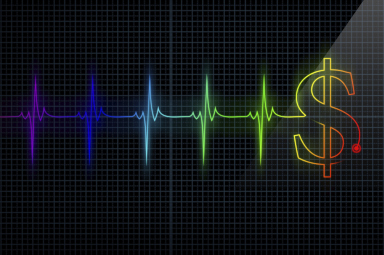 Last Updated: 17 August 2018 Published: 23 September 2017
Forward this article to a friend. Follow us on Linkedin. Join us on Facebook. Find us on Twitter for the latest updates
Rate the article