Younger Australians are being told to ride out this volatile patch, while older Australians who are approaching retirement might want to consider their options, a consumer advocacy group has advised.

The article, which was first published by Super Consumers, states that those who have retired or are approaching retirement may want to consider their options. There are many more factors to weigh when nearing retirement, and your balance size, time until retirement and expenditure will all play a big part in planning.

Pros and cons of creating a ‘cash buffer’

Some people may be in a position to build up a “cash buffer”. This is a portion of your savings that is walled off from the ups and downs of the sharemarket.

In the short term, money moved into your super fund’s cash investment option will not suffer losses like we’re seeing on the sharemarket at the moment, but due to low growth it may not keep pace with inflation.

Moving to a more conservative investment option such as cash can also lock in your losses and mean you don’t benefit when the market recovers, so it may not be a suitable strategy for anyone who has some years to go before they retire.

Industry Super Australia has stated that during the global financial crisis (GFC), people who moved their money from an average balanced industry fund into cash in March 2009 were $13,800 worse off after a year and $34,800 worse off after five years.

This highlights the greater potential for balanced super accounts to earn more in the long term as the sharemarket eventually recovers.

Should retirees take their money out of super in response to COVID-19?

While investors might read the headlines such as “super retracts following global sell-off” and think moving their money is the best thing, this strategy locks in losses for the retiree.

Ian Yates, chief executive of Council on the Ageing, peak body for older Australians, said this is not the answer, highlighting lessons learnt during the last major financial recession.

“One of the tragedies of the GFC was that people crystallised their losses by taking their diminished funds out of super,” he said. “They then had no way of growing them back. They also lost the tax advantages of being in super.”

Any money invested in a bank will earn historically low returns. This income may also be taxed at a higher rate than superannuation.

“The really critical thing is, if it’s in super, keep it in super,” Mr Yates said. “Even if you crystallise your loss by moving it into a cash option within super, you can later move it back into a growth fund. If you move it out of super, you may not be able to put it back in again,” Mr Yates explained.

Understanding the risk level in your super

“There’s a spectrum of super investment options available from the lowest risk (cash) through to balanced options (generally a small amount of cash, some shares and other asset types) and to high risk (which are mostly or all shares).”

The basic idea is that younger people, far from retirement, can invest their super in more high-risk/high-growth options. Their investment will experience more ups and downs, but they’ve got time to ride them out in exchange for a better overall return.

Older Australians who have already built up their nest egg may be aiming to consolidate what they have and a low-risk/low-reward option may be more in line with their needs.

“There are a fair number of people who are retired or approaching retirement who do move their super into a cash option or more conservative asset options,” explained Mr Yates. “Those people will be nowhere near as affected (by COVID-19) because equities will be a much smaller proportion of their super.”

Changing investment allocations for most funds should be a simple online process.

While the process is usually easy, it’s important to understand the implications. Remember that whatever portion of your super is in cash will only grow very slowly over the long term.

Mr Yates said older Australians should seek advice about any changes to how their super is invested.

“The first advice is to talk to your fund,” he said. “Don’t take unilateral action without getting some information on options and their implications from your fund.” 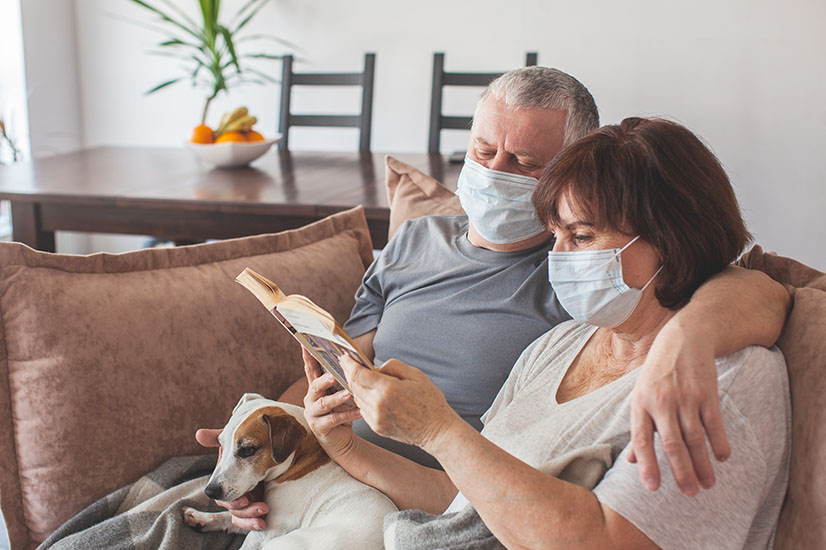 Last Updated: 30 March 2020 Published: 30 March 2020
Forward this article to a friend. Follow us on Linkedin. Join us on Facebook. Find us on Twitter for the latest updates
Rate the article