What’s happening in our world this week and how will it impact Australian investors? Dr Shane Oliver, chief economist at AMP Capital, reveals his thoughts and predictions.

In the US, the mid-term congressional elections will be held this Tuesday (6 November), with polls and betting markets indicating the Democratic Party will assume control of the House of Representatives while the Republican Party will hold the Senate. Although this is likely already reflected in the markets, Dr Oliver says the outcome may provoke uncertainty regarding the potential impeachment of Trump and policy orchestration.

He suggests it is unlikely that impeachment charges brought against Trump in a Democrat led House of Representatives will get the 67 Senate votes it needs to see his removal, although the House will probably stop the passing of more tax reforms. However, Dr Oliver asserts that, despite this, the House cannot change the already legislated cuts or Trump’s policies on deregulation and tariffs.

On Thursday, the Federal Reserve is expected to recognise various risks to the outlook regarding trade, emerging markets and the financial instability of late. However, Dr Oliver also predicts it will assert confidence in its base case of ongoing strong growth and low unemployment and maintain that gradual rate hikes remain appropriate, with the next hike set for December.

The non-manufacturing ISM data for October will be revealed Monday, with Dr Oliver anticipating it to fall back to a solid reading of 60. Job openings and hiring figures, released Tuesday, and he expects it to continue strong, while core producer price inflation, disclosed Friday, is predicted to stay at 2.5 per cent year on year.

Finally, US sanctions on Iran will come into effect Monday, resulting in a loss of 1 to 2 million barrels per day of oil supply to the global market. Although Dr Oliver assures this should already be factored into the markets, as it was announced in May, he predicts it will see further strain placed on the global supply/demand balance in oil, potentially causing additional spikes in oil price.

According to Dr Oliver, China’s trade data for the month of October (released Thursday) is expected to show export growth has fallen by 12 per cent year on year and import growth has dropped by 10 per cent YOY. While consumer price inflation, unveiled Friday, is predicted to continue at close to 2.5 per cent YOY.

He predicts the Reserve Bank of Australia to once again leave interest rates on hold come Tuesday. Although employment rates and above trend growth are doing well, he suggests the fall in house pricing may hasten as banks input stricter lending standards that could impact consumer spending and wider economic growth. Alongside this, inflation and wage increases stay low. As such, Dr Oliver says it is unlikely the RBA will hike rates until 2020, with some economists thinking ultimately it will be forced to cut.

Although the RBA’s statement on monetary policy, delivered Friday, is expected to increase its near-term growth and employment forecasts and decrease projections in underlying inflation, Dr Oliver says it is unlikely to offer any suggestion of a move on rates.

Finally, Monday will see the release of ANZ job data, while housing finance data will be unveiled on Friday, both of which Dr Oliver predicts will show a further drop in lending, particularly to investors.

Projections for the Australian markets

In light of all of this, Dr Oliver predicts shares will continue to be at risk of short-term weakness. However, he highlights that shares on the Australian markets continue to be up as good earnings growth is driven by strong global growth and relaxed monetary policy.

Australian bonds are continuing to do better than global bonds as the RBA holds and the Fed hikes, resulting in low but increasing yields that Dr Oliver predicts will usher low returns from bonds. Unlisted commercial property and infrastructure are still expected to benefit from the search for yield, but it is fading.

To residential house pricing, and Dr Oliver anticipates national capital city prices will continue slowing. Sydney and Melbourne prices are predicted to drop by another 15 per cent or so, while Perth and Darwin prices are close to bottoming out. Hobart, Adelaide, Canberra and Brisbane are witnessing moderate price increases.

Term deposit rates will remain at close to 2.2 per cent, which he suggests signals that cash and bank deposits will likely continue offering poor returns.

Dr Oliver states that the Australian dollar is at risk of another short-term bounce as excessive short positions relax following the currency falling close to its target of $US0.70. Although he predicts any near-term bounce is more likely to fall within the $US0.60s, due to the disparity between the RBA’s cash rate and the US Fed’s funds rate moving further into negative territory as the US economy booms in relation to Australia. Falling short, the Aussie dollar continues in good stead against the issues facing the global economy. 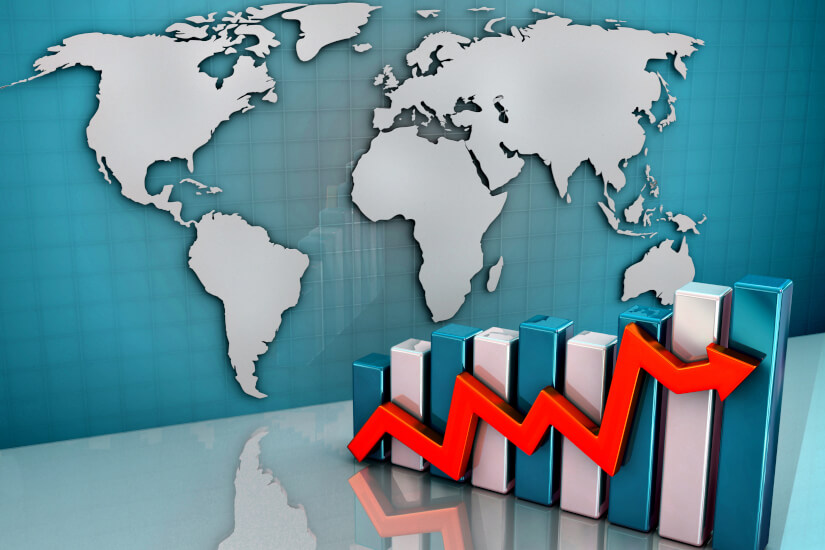