The white paper, The Journey Begins by REST Industry Super, found that older working Australians over the age of 50 were financially pressured by intergenerational dependency, providing close to $200 billion towards intergenerational financial assistance throughout their lives.

Older Australians provided up to $196.8 billion to both their parents and children, with up to 72 per cent of it going towards adult children over the age of 18 for education, expenses and home deposits.

Up to 46 per cent of older working Australians expected to retire with debt, with one in five retiring with a mortgage, one in four with credit card debt and one in ten with unpaid bills.

REST chief executive officer Damian Hill said this ‘sandwich generation’ was a cause for concern, with mortgage debt a strong predictor of financial stress in retirement.

“As the majority of assets for older working Australians are locked up in the family home, carrying mortgage debt into retirement can be a cause of financial stress for retirees. While any debt they have is usually offset by savings in superannuation and other investments, it’s a good idea for people in this age bracket to try as much as possible to pay down this debt before retiring,” Mr Hill said.

“While the financial support being provided is often for critical items such as education and housing, and the majority (79 per cent) of those who had the means to provide financial assistance felt good about helping out, it needs to be balanced with a focus on saving for a comfortable retirement.

“While our research shows older working Australians are expecting a relatively high standard of living in retirement, this expectation could be derailed by the growing debt burden, particularly when funds are being diverted to adult children.” 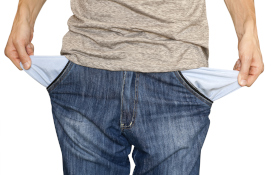 Last Updated: 01 May 2017 Published: 01 May 2017
Forward this article to a friend. Follow us on Linkedin. Join us on Facebook. Find us on Twitter for the latest updates
Rate the article