When there are few guarantees in life other than death, Brian Hor explains how mutual wills can ensure your last wishes are respected.

The last wish of many is to see their family looked after they’re gone, so how can departures from the original intent of a couple’s will be prevented? One solution may be to put in place a ‘mutual wills agreement’ – a separate written agreement, often in the form of a deed – and may be particularly useful for step-families.

A step-family is “a couple family containing one or more children, at least one of whom is the step-child of one of the partners in the couple, and none of whom is the natural or adopted child of both members of the couple” (Australian Family Trends No. 4, July 2013, The Australian Institute of Family Studies).

Step-families pose interesting issues for estate planning, particularly where the partners in the couple (often where each has entered into their second or subsequent relationship) have been together for a long time, because in many instances they wish to treat all of their combined children equally after the death of the surviving partner.

However, all sorts of problems can happen here with regard to the distribution of their respective personal estates and their superannuation death benefits.

Say, you have a husband and wife couple in their second marriage, and each has three children of a previous relationship (anyone seen The Brady Bunch?). Each wants to look after the survivor of them when they are gone, but then they also want to make sure that, on the death of the survivor of them, the combined assets of the couple are equally shared between both sets of children so each child gets a sixth of the combined estate of the couple. This is often because they have been together as a family for so long that they regard each other’s children as their own and/or they have both equally contributed to the family’s joint assets such as the family home and other investments.

Typically, the couple trust each other completely and, more often than not, will ask their local lawyer to put into place ‘mirror’ wills for them that say they give everything to each other but if the other does not survive them then everything is to be split 50-50 between both sets of children or simply equally between all of the children. The idea behind this strategy is to make sure that the survivor of them gets to stay in the family home (which again is likely to have been purchased in joint names with their local lawyer saying this way they can either avoid or at least reduce the cost of getting probate of their will when they die), and on their subsequent death all of their combined children inherit equally and fairly. A perfect outcome.

Unfortunately, life (and death) doesn’t always, or perhaps even rarely, turn out that way.

How can departures from the original intent of the couple be prevented? One solution may be to put into place a ‘mutual wills agreement’ (which is a separate written agreement, often in the form of a deed) that says that the survivor of a couple cannot change their will after the first of the couple dies. If the survivor of them breaks the agreement and makes a new will that distributes the couple’s combined estate contrary to what they had originally agreed together, then when the surviving spouse dies their estate will be held to honour the distribution originally agreed to by the couple under their mutual wills agreement – and this can be enforced by the beneficiaries under the original will.

What about the couple’s superannuation death benefits? A big issue here is that usually they can be received tax free by a surviving spouse of the deceased member, but tax will be payable if it goes to adult non-dependent children of the deceased member. Therefore, if the couple want to give some of their superannuation death benefit to each other and the rest to their own respective adult children, they may decide to nominate each other to receive 100 per cent of their death benefit, on the understanding that the survivor of them will, after receiving the whole death benefit tax free, give part of it to the children of the deceased. But how do you enforce this?

They might decide to enter into a separate deed (effectively a ‘mutual death benefits agreement’) that says the survivor will give part of the death benefit to the deceased’s children after they receive it from the relevant superannuation fund. This might be able to be enforced, especially if the deceased’s children are made aware of it. But if the ATO find out about it, they might consider the arrangement to be a tax avoidance scheme under Part IVA of the Income Tax Assessment Act 1936 and seek to recover tax and penalties.

Alternatively, suppose the couple each make a binding death benefit nomination to give each other 100 per cent of the death benefit, but if the other spouse does not survive, the benefit is to be divided 50-50 between both sets of children. On the face of it, this is possible because you can nominate your children of any age to receive a death benefit, and under section 10 of the Superannuation Industry (Supervision) Act 1993 a child includes a step-child.

However, the ATO may take the view that once your spouse dies, their children are no longer your step-children (since obviously you are no longer married – see ATO Interpretative Decision 2011/77), so this would mean that the binding death benefit nomination would be ineffective in relation to the children of the deceased and therefore the trustee of the fund will have the discretion to decide where the death benefit goes. If the trustee happens to be the executor of the estate of the surviving spouse when they die, and that happens to be the children of the surviving spouse, it’s very possible that they may decide to give the remaining death benefit to themselves.

The solution here might be for each spouse to direct the relevant part of their own death benefit to their own estate, and ensure that both of the wills of the couple each gift that part to the children of their deceased spouse. In this case, the mutual wills agreement may need to be expanded to also cover the binding death benefit nominations so it also operates as a mutual death benefits agreement. 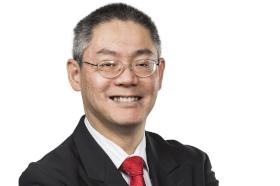 Last Updated: 28 September 2016 Published: 29 September 2016
Forward this article to a friend. Follow us on Linkedin. Join us on Facebook. Find us on Twitter for the latest updates
Rate the article