Holes in your estate planning can prove costly and timely if they aren’t rectified with plenty of time to spare.

Hopefully, most of us will get the opportunity to use our superannuation and possibly won’t have much left by the time we die. However, with the average balance in SMSFs steadily increasing, it is important to consider your clients’ estate plans in relation to their super and where they want their benefits to go.

A will for superannuation

Most clients generally misunderstand that their SMSF benefits are not automatically included as part of their estate. With clients increasingly concerned about where their sizable SMSF balances will end up, advisers need to actively advise their clients in relation to these matters.

A binding death benefit nomination (BDBN) is often used to direct a client’s SMSF benefits to their spouse, dependents or to their legal personal representative.

Key issues for advisers and SMSF trustees to consider prior to accepting a BDBN are:

- Does the current trust deed of the fund allow members to make BDBNs?
- Ensure the BDBN is executed correctly and is in the correct form required by the SMSF deed, SIS legislation, and case law
- Does the deed allow for a non-lapsing BDBN, or do the BDBNs have to be renewed every three years?
- Any other specific provisions contained in the deed in relation to BDBNs.

Another option to consider for clients, particularly pensioner members of an SMSF, is to elect for their account-based pension to be automatically reversionary to their surviving spouse. Therefore, when the member dies, their pension automatically reverts to their spouse, who is effectively deemed to have been in receipt of the pension since it commenced.

The key advantage of a reversionary pension is that benefits automatically pass to the surviving spouse without becoming part of the deceased member’s estate. In addition, benefits are retained in the tax-effective environment of superannuation for longer.

A reversionary pension takes precedence over a BDBN, meaning there is no death benefit payable when the original pensioner member dies.

If a client already has a non-reversionary pension in place, then it may be appropriate to consider stopping that pension and starting a new pension that includes reversionary provisions. Prior to implementing such a strategy however, advisers should take care due to the potential impact on Centrelink benefits resulting from the changes to the assessment of pensions post-1 January 2015.

Pensions and the tax impact of death benefits

One area of strategy which is often overlooked is the use of pensions to assist in maximising the net amount of death benefits.

With the taxable proportion of super benefits taxed at 15 per cent plus Medicare when paid to non-tax dependents, such as adult children, it is useful to consider strategies to maximise the tax-free component of superannuation. Further, such strategies may also provide a level of protection against future changes in the taxation of superannuation.

With each pension in an SMSF being treated as a separate superannuation interest, a member can then target their income stream by drawing the minimum pension from their tax-free pension, and the balance of their income needs from a pension that has a taxable component.

For example, consider a 60-year-old retiree with $1 million in their SMSF, 100 per cent of which consists of taxable component and all of their benefits are in a single account-based pension. They need $70,000 per annum to meet their income needs, and net SMSF earnings are six per cent, per annum.

Over the next five years, you could implement a withdrawal and re-contribution strategy until they reach 65 years of age. If the pension was stopped and re-started every year to include the re-contributed amount, it would reduce the taxable component to approximately 29 per cent of their total pension benefit. This is due to the requirement for all withdrawals to be made proportionally from their one pension account.

However, if the adviser arranges for a new pension to be started with each re-contributed amount, and withdrawals of the lump sum each year were made from the client’s original pension, the member would reach 65 with all their SMSF benefits falling within the tax-free component.

The effective death benefits tax saving (at 65 years of age) from such an action would be around $50,000 based on the above assumptions.

For many advisers and accountants it may seem administratively easier to start a new pension each year to include either the balance of a client’s accumulation account or their re-contributed amounts into one pension. However, such action may actually be detrimental to that client’s longer-term estate planning arrangements. 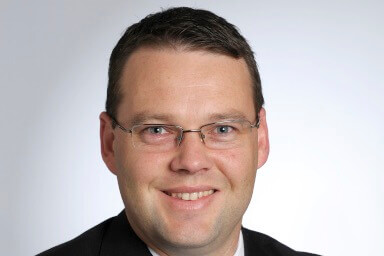 Last Updated: 03 August 2018 Published: 18 February 2016
Forward this article to a friend. Follow us on Linkedin. Join us on Facebook. Find us on Twitter for the latest updates
Rate the article