Most Australians have an idyllic retirement situation all mapped out despite failing to plan for the years without income, a property investor has warned.

The head of research at Propertyology, Simon Pressley, in a bid to help Australians retire happily through property, has outlined seven facts he thinks are important for investors to know.

Working adults, who start contributing to superannuation and their savings at the age of 20 have 45 or so years to make a lifetime's worth of income.

The main motivation for property investors should be long-term financial security, according to Mr Pressley. With the aged pension being just $35,568 per year, couples who want to maintain a higher lifestyle need to look outside of government benefits.

“If you’re not already motivated to invest, just keep repeating to yourself 35 and a half thousand dollars for myself and my partner. $35,000,” Mr Pressley expressed.

He also emphasised that superannuation, which many people do rely on, might not last as long as people would hope.

“And if you think superannuation is going to be a lot of money, even if you’ve got a million bucks in super, just divide that by however many years you expect to live off it, and it won’t last very long,” Mr Pressley added.

Australia’s oldest regional town, Launceston, has an annual average growth rate for the last 20 years of 7.4 per cent, outstripping Sydney’s growth of 7.1 per cent.

“And then if we look at the yield for each of those locations, our oldest regional city, 5.4 per cent, and our oldest capital city, 3.1 per cent, [all] over the last 20 years,” Mr Pressley said.

The investor said that for property investors buying outside of the capital cities, there are opportunities to increase growth, yield and purchasing power.

The result? Investors can improve capital and retire with more money.

Mr Pressley highlighted that Brisbane has long been tipped to be the next property hotspot due to the large size of the city, and its current lowly 22nd place ranking of Australia’s most expensive cities.

He said Brisbane is an example of why investors should not purely look at the size of a city when making an investment.

“From a median house price, it’s ranked 22. Number one is Byron, which is our 73rd largest town or city. By no means our biggest city,” he said.

Mr Pressley advised investors to take advantage of historically low interest rates as a way to get ahead on their investment journey.

In the current market, a typical investment property bought for $450,000, with a 90 per cent loan-to-value ratio, would return investors $840 per annum in pretax cash flow profits.

“You’ve got 10 per cent, stump it up, put it in, take advantage of the low interest rates, and you are cash flow positive from day dot, even before you put your tax return in,” he offered.

That is the portion of Australians today aged 65 or over that are already relying on the-n.

“I think there’s a general myth, which is wrong, that all the Baby Boomers are rich and retired and squeezing people out of the market,” Mr Pressley said.

According to Mr Pressley, only 18 per cent of retired adults are financially independent.

“We don’t teach financial literacy – most people are good, hard-working, honest people above average intelligence – but it’s what we do with the time we’ve got that works for us,” he said.

As a nation, we’ve changed quickly from a country that was white picket fenced to apartment living, the investor explained.

In just 16 years, we have built 10 million dwellings to accommodate the current population of 25 million people, he said.

“From an investor’s perspective, there are so many things that people really need to get their head around before they put some skin in the apartment game, if you’re an investor,” Mr Pressley warned.

Australia has between 2.1 and 2.2 million property investors above the age of 65.

But 90 per cent of them own just one or two investment properties.

While better than none, Mr Pressley said this does not allow for investors to live off their property alone.

This means property investors need to be purchasing more properties during their 45 years working if they want to be self-sufficient in retirement.

“But in most cases, one or two investment properties will probably still leave you on that aged pension in some way.”

“Everyone’s goal should be to avoid the aged pension,” the investor concluded. 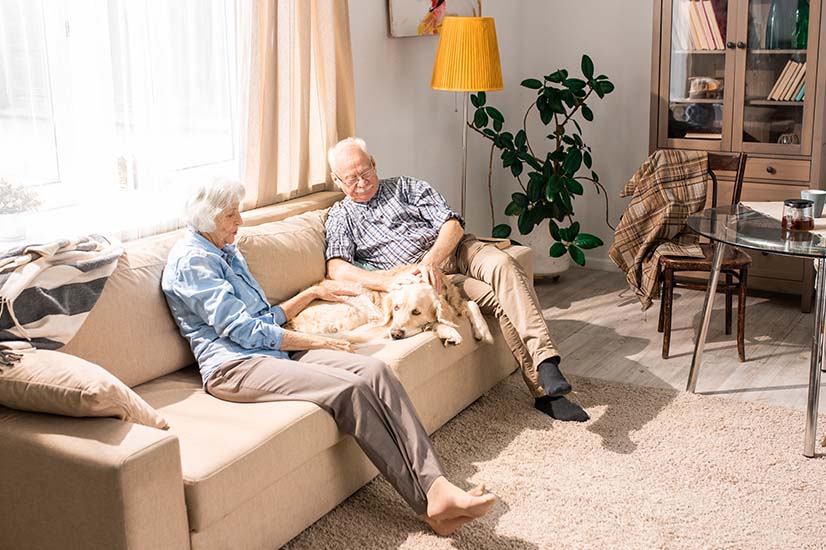 Last Updated: 12 February 2020 Published: 30 October 2019
Forward this article to a friend. Follow us on Linkedin. Join us on Facebook. Find us on Twitter for the latest updates
Rate the article