An independent review of Australia’s retirement income system has been commissioned by Australia’s federal government.

The review will look at the “three pillars” of the existing retirement income system, being the means-tested Age Pension, compulsory superannuation and voluntary savings such as home ownership.

In doing so, the review will cover the current state of the system and how it will perform in the future as Australians live longer and the population ages.

Through its work, the review will establish a fact base of the current retirement income system that will improve understanding of its operation and the outcomes it is delivering for Australians.

“It is important that the system allows Australians to achieve adequate retirement incomes, is fiscally sustainable and provides appropriate incentives for self-provision in retirement,” the terms of reference statement read.

The review will be conducted by an independent three-person panel and will look at:

The review’s announcement comes after a recommendation from the Productivity Commission in the report Superannuation: Assessing Efficiency and Competitiveness.

In a statement outlining the announcement, the Hon Josh Frydenberg MP and Senator the Hon Jane Hume noted the review comes 27 years after the establishment of compulsory superannuation.

Mr Michael Callaghan AM PSM, a former executive director of the International Monetary Fund and a former senior Treasury official, will chair the review; together with fellow panellists Ms Carolyn Kay, who has more than 30 years’ experience in the finance sector across roles both in Australia and overseas, including as a member of the Future Fund Board of Guardians; and Dr Deborah Ralston, who is a professorial fellow in banking and finance at Monash University, a member of the RBA’s Payments System Board and most recently chair of the Alliance for a Fairer Retirement.

According to the Commonwealth Treasurer, a consultation paper will be released in November 2019 based on the commissioned review, with a final report expected to be provided to the government by June 2020.

Flexing its new advocacy role, the recently launched Super Consumers Australia has welcomed the announcement, but simultaneously flagged that “there are many steps that could be taken now to make our superannuation system more efficient for everyone”.

In urging the panel to “closely consider the many gaps and quirks in our super system that affect people on low and middle incomes”, it said the current system could be made fairer and more equitable while the retirement income review considers the “big questions” such as adequacy of contribution rates, the impact of taxation and the balancing act of the “three pillars”.

Super Consumers Australia’s acting director, Xavier O’Halloran, commented that “we could fix many of the ‘holes in the bucket’ now, which will add hundreds of thousands of dollars to people’s incomes in retirement”.

“We already know that there are dozens of serial underperforming superannuation funds that should be removed from the super system,” he said.

“We know that millions of Australians have ‘unintended multiple’ super accounts that are losing money to unnecessary fees and charges.”

The Financial Services Council (FSC) has also weighed in on the announcement, with the body’s CEO, Sally Loane, acknowledging that “superannuation consumers receive significant benefits from competition and choice, and this will be an important focus of the FSC’s approach to the review”.

“However, this review should not delay important reforms that the government has already committed to that will significantly improve consumer outcomes in superannuation,” Ms Loane continued.

“These include the introduction of a ‘default once’ framework to prevent unintended multiple accounts, as recommended by both commissioner Kenneth Hayne and the recent Productivity Commission review of superannuation, and legislating an obligation for trustees to consider the retirement needs of their members.”

The FSC outlined that it will also suggest to the review that the government should retain its policy of the planned 12 per cent increase to the superannuation guarantee.

AMP has had a more optimistic response, welcoming the review and considering a strong retirement system as essential to supporting the wellbeing of Australians now and into the future.

“This is a once-in-a-generation opportunity to improve our current retirement system to make sure it adequately serves everyone’s needs,” an AMP spokesperson said.

“Now is the time to have the debate on this issue.” 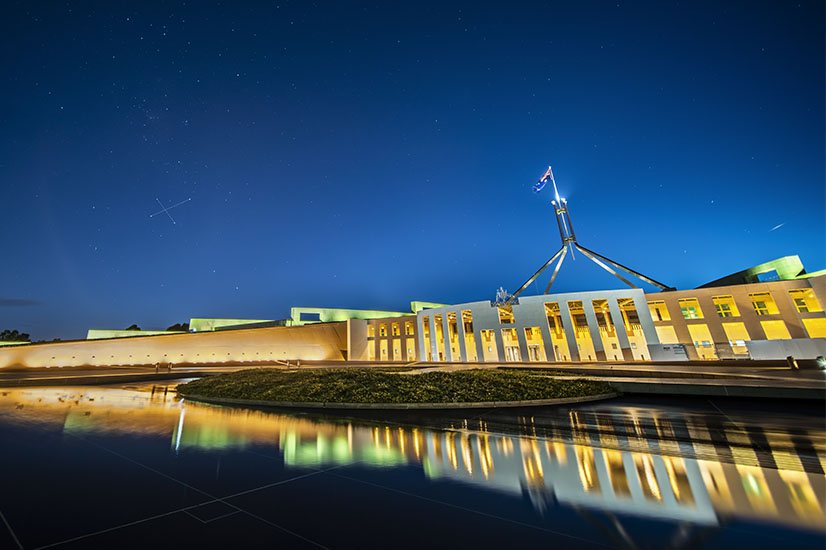 Last Updated: 13 December 2019 Published: 30 September 2019
Forward this article to a friend. Follow us on Linkedin. Join us on Facebook. Find us on Twitter for the latest updates
Rate the article

Family home not off the table in retirement review

Family home not off the table in retirement review