Australians plan to spend a staggering $11 billion on gifts this year and older generations are set to spend the most, new data has revealed.

According to the Commonwealth Bank’s Christmas Consumer Spending study, gift-givers in South Australia and the Northern Territory are the most generous; planning to spend an average $671 each while Queenslanders are the thriftiest, spending an average $508.

The data also noted that shared gifts are a popular way to cut back during Christmas. In terms of shared gifts, Australians tend to spend the most on family ($136) and the least on workmates ($16). Again, Queenslanders are the most reluctant to part with their cash, spending an average $7 on a gift for a workmate.

The nationwide average overall spend is $593, up by 25 per cent over the last five years.

Commenting on this, CBA executive general manager Clive van Horen said: “While slightly more of us have set a budget this Christmas, Aussies will overspend by a huge $625 million. Keeping track of spending is clearly not on the Christmas list for nearly 40 per cent of shoppers.”

Continuing, he said: “Shared gifts are a popular way to cut back on time and cost – gone are the days of buying for all your friends, family and workmates individually.”

Baby Boomers and Generation X are set to spend the most, followed by Generation Y, however men are overall more likely to overspend.

Even though just 57 per cent of Australians are going to set a budget for Christmas, almost two-thirds of men are shopping without a budget.

“Christmas isn’t only an expensive time because of gift buying. It’s also a time of year where we entertain and go out more and spend a little extra on our homes so it’s really important we set a budget and keep track of how much we are spending and where that money is going,” Mr van Horen advised.

He said shoppers should consider using spend trackers that may be a feature of their credit cards, adjust their spending limits and ensure that their cards and details are also secure.

“No one wants a nasty surprise in January when it can be avoided.”

A recent finder.com.au survey revealed that 47 per cent of Australians had already started shopping in mid-November.

She explained: “Hitting the shops earlier means shoppers are less likely to be caught in a last minute rush and overspend on something they could have got cheaper if they had more time to compare.

“By starting early, you also guarantee your order will arrive by Christmas if you are ordering from overseas.”

Further, she suggested that if people are catching up with friends or family after Christmas, they should consider picking up a bargain in the Boxing Day sales.

According to the Commonwealth Bank data, the busiest days for shopping will be 15, 16 and 17 December with 8.5 million shoppers out in force.

Aussie women plan to finish their shopping by 17 December, while Aussie men are more relaxed, hoping to shop until 23 December. 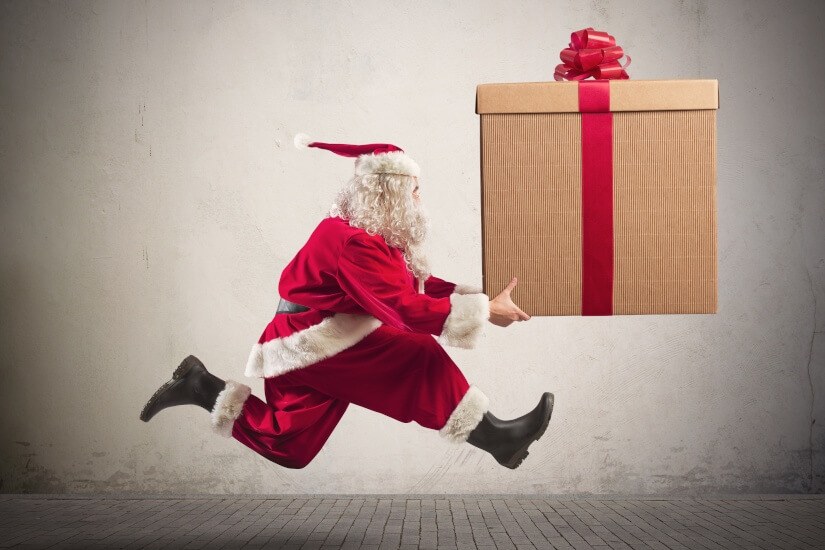 Last Updated: 06 December 2017 Published: 05 December 2017
Forward this article to a friend. Follow us on Linkedin. Join us on Facebook. Find us on Twitter for the latest updates
Rate the article

Consumers urged to check their bank balance for unexpected fees

Qantas offers $19 flights to get you back in the air

Consumers urged to check their bank balance for unexpected fees

Qantas offers $19 flights to get you back in the air