In a dwindling property market, it is important to look for investment opportunities with high demand and limited supply. According to one property expert, a modern take on an old favourite could be a winner.

“It’s at that price point where it’s appealing to three segments of the market – which is quite rare really,” he says.

“It’s a bit of a ‘buyer intersection’ in many ways. You’ve obviously got first home buyers, downsizers and investors. They’d all actually compete for those modern townhouses or duplexes.”

He says the uptake in interest is due to the dwelling types being only slightly more expensive than apartments, but offering inhabitants the luxury of more space, their own driveway and often a small backyard for entertaining or accommodating pets.

According to Mr Driscoll, competition in the market is likely to be sparked by the downsizer market, which he expects to grow significantly in the near future.

“I think what we’ll also see is a new market emerge, and that will be those downsizers,” he says.

“Downsizers have sold their big property. They probably don’t want to forego or sacrifice everything. So, what they really want is a small, modern version of what they had. Very much a lock up and leave.”

“I think we’re going to see more and more downsizers over time. I think there will be legislation, and so on and so forth, that will make it a lot easier for people to sell up and downsize.”

He says the supply and demand balance for the property type will likely remain strong, as developers have thus far been prone to foregoing townhouses in favour of building multi-dwelling apartment blocks.

“I understand why developers will always go for apartments, because there’s more profit to be made there, clearly,” he says.

“Although construction costs are high, if you’re getting three, four, five times the amount of dwellings on the same amount of land, then of course you go with that.

“There’s not enough of those being built, because the alternative is you can put an apartment block on the same footprint and you’d get a lot more dwellings, and you’d almost certainly make more money out of it if you’re the developer.

“So, the scarcity element I think is key there. If there’s a reasonable demand and if there’s less of anything, then clearly that’s going to have an impact.”

He says moving forward, areas such as Box Hill and Leppington may be of interest due to the amount of modern individual title townhouses outlined in the master plan.

“With those three different types of interested buyers – first home buyers, downsizers and investors – what that means as an investor is that you’ll safeguard your future somewhat when you sell it,” he says.

“If you’re invested in two or three years’ time in Sydney and you wanted to sell, while the market continues in that prolonged period of stagnation, if you have an apartment, good luck.”

“You’re up against fierce competition because the market is flooded. Whereas with a townhouse, the beautiful thing about that is if the market is up, down our sideways, there’s always going to be demand because they’re never going to be able to build that many. It’s not theoretically or commercially viable.”

“So, the buzz word is townhouse.”

Duplexes and townhouses were originally designed with the intent to create more dense housing options, without interrupting suburban streetscape, as a high-rise would. A knock-on impact of that is a more affordable housing option, without a significant compromise on space and feel. 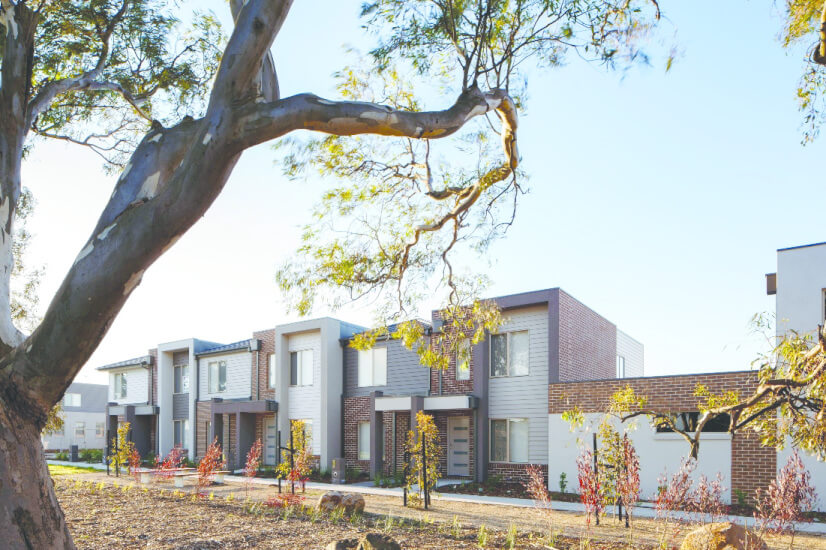 Last Updated: 28 February 2020 Published: 12 December 2018
Forward this article to a friend. Follow us on Linkedin. Join us on Facebook. Find us on Twitter for the latest updates
Rate the article