With many young Australians being forced to stay at home longer due to financial constraints, an advocacy group has proposed raising the age of dependency for health insurance as a way to save these Australians up to $12,600.

With many young Australians being forced to stay at home longer due to financial constraints, an advocacy group has proposed raising the age of dependency for health insurance as a way to save these Australians up to $12,600.

In a conversation with nestegg, Members Health Fund Alliance CEO Matthew Koce outlined how younger Australians who are active and starting out in life are concerningly dropping their private health insurance due to the high cost of premiums.

“We know that a number of people who are dependents do drop their cover. That is a period where there is a spike in people leaving private health insurance.

“They are often at university still at 25 years of age. Many people 25 years of age simply do not have the finances for private health insurance, and that is a concern,” Mr Koce said.

Under the Health Fund Alliance’s proposal, which would see the age for family policies raise from 25 to 30, dependent Australians with median single gold hospital treatment policy would save $2,520 per year.

“The legislation is out of date, and no longer reflects modern-day family life or cost-of-living pressures, which many young people struggle to overcome during the formative years of financial independence,” Mr Koce said.

“Young Australians now take more time to reach certain milestones – milestones such as completing tertiary study, landing solid employment in their chosen career, affording a first home, marrying or raising a family. These milestones have long defined ‘adulthood’ and provided the foundation for government policy. It’s time to review those dated perceptions when it comes to health cover.”

While highlighting the benefit of a non-discriminatory health policy, effectively younger Australians are being forced to foot the bill for older Australians, despite not being in a place to pay more for insurance.

“In Australia, we have community rating and it’s legislated. It says that everyone pays the same for their private health insurance regardless of their age or health status.”

“So, we have a very fair and non-discriminatory system in Australia. So, young people pay the same as older people, but young people get old,” Mr Koce continued.

Mr Koce also explained that many younger Australians who believe they do not need health insurance might actually need it the most.

“When you’re young, the last thing you want to do is drop private health cover because you’re often most active.

“It is a really important time in your life. If you do an injury on the sporting field or hurt yourself at work, you want access to fast quality care.

He highlighted that a knee reconstruction for the private sector is 24 days, while in the public system for non-emergency emission, it was 109 days.

Mr Koce also stated that it wouldn’t cost the government more money but it could create an economic benefit by getting younger people back to work sooner.

“There is a productivity benefit to having fast access to care. If you’re in pain, you’re not going to be productive in the workforce.

“If you’re mobility challenged, you might not be able to do your job. If you have a physical job and have an issue with your knees or hip, and you’re in a physical job, then there is an economic impact,” Mr Koce concluded. 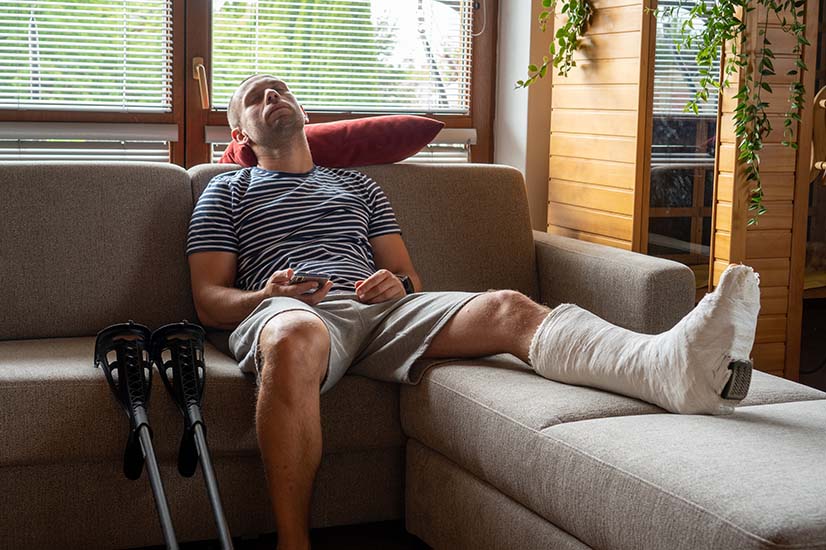 Climate forcing Australians to cough up more for insurance

Stood down? Your income protection won’t stretch that far

Occupation, smoking status and an individual’s age have all been revealed as key factors influencing an Australian worker’s likelihood of needing to make a disability or life insurance claim. ...Read more

Claiming income protection insurance while suffering from a mental health issue can be challenging, but it doesn’t have to be, writes Helen Baker.  ...Read more

Workers who have lost their jobs, been stood down or are working less hours as a result of COVID-19 won’t be negatively impacted by changes to their total and permanent disability (TPD) cover. ...Read more

Climate forcing Australians to cough up more for insurance

Consumers could bear the brunt of an increase in the sheer magnitude and frequency of extreme weather events due to the impact climate is having on Australian insurers. ...Read more

I have always been a major proponent of income protection insurance, writes Helen Baker. The security it offers can see you through hard times. An ability to earn is your greatest asset; when that is ...Read more

Stood down? Your income protection won’t stretch that far

Anyone who has been stood down or retrenched in this downturn is unlikely to have the type of income protection that would see them compensated for their loss, a lawyer has warned while still touting ...Read more

Frontline workers looking to purchase life insurance can be assured they won’t be excluded from coverage due to potential or actual exposure to the COVID-19 virus. ...Read more

A number of private health insurers will be co-operating to better protect policyholders impacted by COVID-19 by way of broader insurance coverage and financial relief for impacted customers. ...Read more