Super changes in COVID-19 measures – what it mea...Read more

The market is already responding to yesterday’s reduction of the official cash rate, with a number of lenders having already announced they will pass on savings to borrowers.

Over the past five months, nestegg has seen consumers saving up to 75 basis points on their loans since rate cuts first began in June.

Australia’s largest bank has announced it will pass just over half of the Reserve Bank of Australia’s (RBA) rate cut to its customers with a 13 basis point reduction in rates.

Commonwealth Bank (CBA) said the 13 bps reduction will apply across its owner-occupied and investor products, with the exception of investor IO customers who will receive the full 25 bps cut.

As of 22 October, CBA’s owner-occupied standard variable rate (SVR) will start from 4.8 per cent, with its investor SVR to start from 5.38 per cent.

As rates fall, it becomes more difficult for banks to pass on the full savings to consumers, CBA’s group executive of retail banking services, Angus Sullivan, has outlined.

“As the Reserve Bank cash rate has reached record lows, we face a difficult balancing act between the multiple, valid interests of our stakeholders,” Mr Sullivan said.

The bank indicated that it will also offer a slight savings reduction for its NetBank Saver product, reducing the rate by 0.05 per cent.

“It is currently not feasible to pass on the full rate reduction to more than $160 billion of our deposits which are at, or near, zero rates,” he said.

Another of the big four banks has indicated that it will not pass on the full 25bps cut.

Instead, National Australian Bank (NAB) announced a 15bps reduction across its owner-occupier and investor products, with the exception of Investor IO customers, who have received a 30bps reduction.

As of 11 October, NAB owner-occupied standard variable rate (SVR) will start from 4.77 per cent, with investor SVRs falling to 5.37 per cent.

Owner-occupier interest only loans have also fallen by 0.15 per cent, meaning these mortgagees will now pay off their interest at a rate of 5.34 per cent.

According to the bank's chief customer officer for consumer banking, Mike Baird, the 15-basis point cut could save owner-occupier customers paying principal and interest on a $400,000 home loan $444 a year.

“This is on top of the 44-basis point reduction across June and July this year, which means customers with an average $400,000 loan could save a total of $1,740 a year,” he explained.

NAB also outlined it is committed to backing young Australians with their first home, offering a special fixed rate of 3.09 per cent per annum for two years for first home owners.

While CBA was the first major bank to give notice of its intentions, non-bank lenders Athena Home Loans, Homestar Finance and Reduce Home Loans were the first off the blocks in announcing rate changes in the wider banking sphere.

Athena Home Loans has reduced its variable rates by the full 25 bps, with its owner-occupied rates now starting from 2.84 per cent and its investor rates starting from 3.24 per cent.

Homestar Finance has also reduced its variable home loan rates by the full 25 bps, with its owner-occupied rates now starting from 2.74 per cent.

Reduce Home Loan’s owner-occupied rates have now fallen to as low as 2.69 per cent.

According to Kirsty Lamont, the director of comparison site Mozo.com.au, mortgage rate cuts from non-bank lenders would place pressure on banks, particularly the big four, to pass on the RBA’s cuts in full.

“Online lenders are reacting to the RBA cut with lightning speed,” she said.

“They’re turning the screws on the big banks knowing the banks are in an unwinnable position, with the unenviable choice of having to either pass through [the RBA’s] cut in full to mortgage customers and take a hit to their net profit margins, or hold back part of the cut and risk losing even more borrowers to their cheaper rivals,” Ms Lamont concluded. 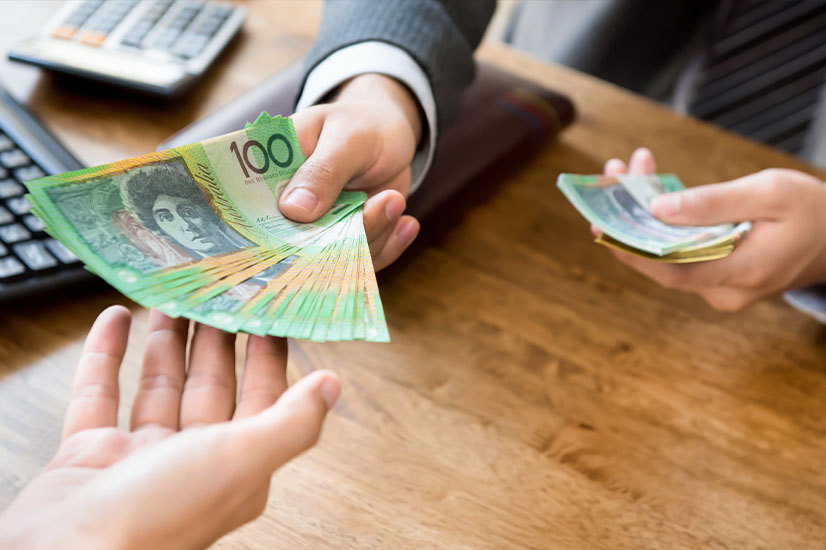 Last Updated: 03 March 2020 Published: 02 October 2019
Forward this article to a friend. Follow us on Linkedin. Join us on Facebook. Find us on Twitter for the latest updates
Rate the article