The government will be providing transitional arrangements for a key budget measure that was set to have a significant impact on taxpayers with pre-existing borrowings in place.

In the 2016-17 federal budget, treasurer Scott Morrison announced the introduction of a lifetime cap of $500,000 on non-concessional superannuation contributions, applicable from 7.30pm AEST on 3 May, and including contributions since 2007.

This posed a significant problem for taxpayers with pre-existing and "sophisticated financing techniques" in place, for the purpose of purchasing assets within an SMSF.

For example, one problematic situation includes when the trustee of an SMSF entered into a contract to purchase an asset using a limited recourse borrowing arrangement (LRBA) prior to 3 May, with the settlement of the contract due after 3 May.

In circumstances such as this, it would be expected that part of the sales proceeds would be financed by the SMSF members via non-concessional contributions, enabling the fund to complete the contract.

Mr Morrison has since written letters to trustee lobby group the SMSF Owners’ Alliance and veteran financial adviser and author Noel Whittaker, indicating that transitional provisions will apply to allow further non-concessional contributions to be made in these types of situation, to the extent necessary to enable the contract to be completed.

Further, he said transitional arrangements will apply to SMSFs with existing borrowings, including LRBAs.

"Members of SMSFs with existing borrowings will be permitted to make further non-concessional contributions to the extent necessary to ensure the legal obligations of SMSFs that existed on or before the commencement date are met or to comply with the ATO’s practical compliance guideline 2016/5," Mr Morrison said.

McPherson Super Consulting director Stuart Forsyth said that while this only affects a relatively small number of SMSF members, it is undoubtedly good news, and may be a sign of further positive developments to come.

"From our point of view, this creates an expectation that they’ll look at other reasonable cases as they come up. It gives us heart that there will be some scope to have influence still on these measures if the Coalition returns to government and if they’ve got control of the Senate," Mr Forsyth said.

Further, while SuperConcepts "supports and applauds" the move, general manager for technical services and education Peter Burgess has pointed to some practical issues that will need to be addressed.

"For example, how and when will the ATO be notified that these transactions need to be excluded from the lifetime NCC cap and what documentary evidence will be required," Mr Burgess said. 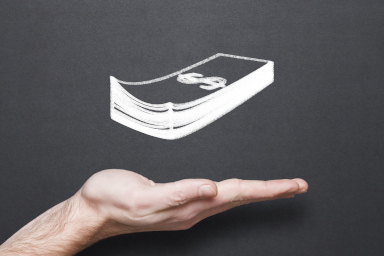 Last Updated: 30 June 2016 Published: 30 June 2016
Forward this article to a friend. Follow us on Linkedin. Join us on Facebook. Find us on Twitter for the latest updates
Rate the article