An Indian national is set for two years jail for his involvement in a tax fraud case, signalling the government and Tax Office's compliance crackdown isn't limited to income bracket or residency status.

Tharun Likki, who arrived in Australia from India in April 2012 on a student visa, has been sentenced to two years and three months jail for his involvement in a tax fraud and crime scheme committed while he was living in Hoppers Crossing, Victoria.

Mr Likki was sentenced in the County Court of Victoria on charges relating to attempting to obtain $22,180 by deception in July 2013 and dealing with the proceeds of crime in respect of $117,540 between October 2014 and October 2015.

The scheme also involved his brother Varun Likki and a mutual friend Ranjith Goli. Mr V Likki and Mr Goli were also Indian nationals who arrived in Australia on student visas in June 2008.They both departed Australia in August 2010.

The trio illegally obtained student visa details of Indian nationals temporarily residing in Australia to generate TFNs. Mr T Likki then used some of these TFNs to lodge fraudulent Income Tax Returns in an attempt to obtain a financial benefit.

The nominated destination for payment of refunds was a bank account held in the name of either Mr V Likki or Mr Goli. On a number of occasions, following receipt of refund payments, sums of money were then transferred to accounts held by Mr T Likki.

Following a tip-off from the community, the ATO worked with the Australian Federal Police (AFP), the Australian Border Force (ABF) and the Commonwealth Director of Public Prosecutions (CDPP) to investigate and uncover the extent of the fraud.

Mr Likki was convicted of the two charges under the Criminal Code Act 1995 (Cth) – obtaining financial advantage by deception and dealing with the proceeds of crime.

ATO Assistant Commissioner Peter Vujanic welcomed the sentence handed down today as it reflects the seriousness of the crimes committed.

“Contrary to popular belief, tax crime is not victimless: when you claim a refund you’re not entitled to you are stealing from the whole community and disadvantaging Australians who do the right thing,” Mr Vujanic said.

“This sentence highlights the effectiveness of a coordinated response to tax fraud and crime and is a testament to the working relationship between the ATO, AFP, ABF and the CDPP.”

Why is this important?

The Tax Office has been signalling for some time now that it's determined to stamp out non-compliance of all ranges - from falsely claimed laundry expenses, right up to major corporations not paying their tax bills.

Here's a comprehensive breakdown of what the ATO is targeting at the moment with individual taxpayers.

Further, the ATO has been actively contacting thousands of taxpayers, following concerns they are claiming deductions for personal superannuation contributions when they're not entitled to. You can read more about this here. 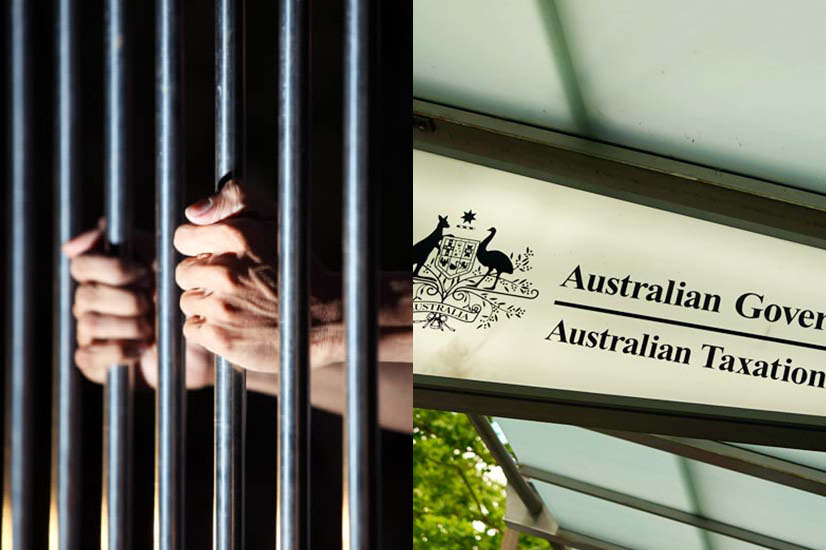 Last Updated: 08 March 2019 Published: 08 March 2019
Forward this article to a friend. Follow us on Linkedin. Join us on Facebook. Find us on Twitter for the latest updates
Rate the article