In May of 2016, the government announced arguably the most significant change to the superannuation system since it was introduced by Peter Costello in 2007. Since then, those proposals have changed shape considerably, so what do they mean for you?

The announcement effectively unwound many of the rules that afforded no tax on earnings within super or on pension income payments from superannuation.

Now, an election cycle later and after much to and fro, the government has announced the third iteration of the proposals, watering down some of the mooted changes.

In its current form, the proposed legislation ensures several original proposals remain, such as the $1.6 million tax-free balance. However, many changes have been removed. The most notable of these is the scrapping of the $500,000 lifetime non–concessional contributions (after tax contributions to superannuation) cap.

From 1 July 2017, individuals may be able to access a bring-forward period for their non-concessional contributions cap of two or three times the annual cap, depending upon their total superannuation balance.

The amount of the bring forward that can be triggered in a particular year will be determined by the difference in value between:

In the first instance, if the difference is less than the non-concessional contributions cap (i.e. $100,000 for 2017-18), the individual will not be able to trigger the bring-forward rule in that year, but will instead be limited to the annual cap of $100,000.

Where the individual is under the age of 65 at any time in the financial year of contribution and a bring-forward period has not been previously triggered, consideration of the difference between the general transfer balance cap and the total superannuation balance will determine the sum and the number of financial years available to make that contribution as follows:

However, caution is required. Whether an individual is able to utilise any unused bring-forward in future years, within the bring-forward period, will depend upon their total superannuation balance on 30 June of the year before they intend using it.

With the current annual non-concessional contribution cap still in place, we have until 30 June 2017 to contribute $180,000, where eligible by age or trigger a bring-forward and contribute $540,000.

Transitional rules will apply to individuals who trigger the bring-forward but fail to fully utilise the $540,000 cap prior to 1 July 2017. In these cases, an adjusted three-year cap will apply after 1 July 2017.

Simple? If you are still confused, make sure you seek financial advice. 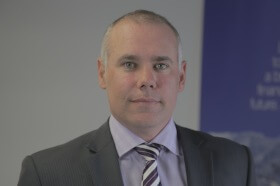 Last Updated: 09 January 2020 Published: 01 November 2016
Forward this article to a friend. Follow us on Linkedin. Join us on Facebook. Find us on Twitter for the latest updates
Rate the article