Time and time again, nestegg is confronted by the reality of the inequalities facing women when it comes to superannuation and retirement funding, so we brought out the big guns – asking an ex-Bachelorette star to explain just how sexy super (and financial literacy) can be!

Jimmy Trethewie is the director and senior financial adviser at James Street Financial, but you probably know him better as a finalist on Sophie Monk’s season of The Bachelorette.

He gave us a rundown on the importance of education and just how empowering taking control of your finances can be.

First up, which is more important for people to engage with, shows such as The Bachelorette or their super?

Look, as much as reality shows like Bachie are really entertaining and funny (watching rather than partaking), it’s way more important that people engage with their super.

So, how do you make something as unsexy as superannuation, sexy?

I know it sounds like an almost impossible task... but [it’s] a challenge definitely worth taking up!

I find that most people don’t really understand what super actually is and how it works, and as a result, they’re not engaged at all. I’m one of those people if I don’t understand why I’m doing something, it can be a little difficult to fully engage, so I take this approach when explaining things to clients.

And it’s not just young people; I’ve got a lot of clients, majority of people in their 50s and 60s getting ready for retirement who don’t actually know how super properly functions or never had it properly explained.

So when they see the benefits – I’m talking about receiving a tax-free income in retirement in their super pension phase… It’s actually pretty awesome, people sit up, pay attention, and suddenly super starts to look pretty damn sexy or they see what it’s all about!

We’ve got one of the best super systems in the world and there’s a reason it is that way.

Why is it important to you, as a man, that women know what they are doing with regard to super?

Women live longer than men by five years on average. Women are currently retiring with 47 per cent less superannuation than men. And women only receive one-third of the government tax concessions on super (men receive the other two-thirds).

I grew up surrounded by women. I’ve got four sisters, and having come from a split family, I’ve got a lot of respect for women including how much they contribute to society and how much they support their family.

In my profession, you also see this a lot, where couples have a family, the cost of childcare is so expensive, and if a woman (or a man) decides to become the primary carer and look after the family, suddenly you go from having two incomes in the family, down to just the one.

Now really, if you factor in the cost of childcare, the work and how many hours, this should really equate to a $80,000-plus salary plus super… but the primary carer isn’t getting paid, and this means they usually aren’t getting paid any super either.

I know that sometimes the roles are changing. We do see stay-at-home dads, [in which] case the situation would be reversed. However, nine times out of 10, it’s usually the woman in this situation, and right now both of my sisters are in this situation with my little nephews and nieces.

What does this all mean?

Women need to get super savvy, they need to make their super work for them, and understand how it works so they don’t neglect their superannuation balances too.

One way of doing this is making additional contributions to super along the way, or speaking to a financial adviser to come up with a game plan.

What are some of the major issues you see as affecting females with regard to finance in general?

I think some of the major issues affecting females regarding finance have a lot to do with the time some of the outdated stereotypes in society have been around... “the man of the house, controlling the finances”.

Well, I’d just say that the majority of the women I’ve met as clients can be a hell of a lot more switched on than some of their male counterparts.

To this point, I’d just say throw this stereotype right out there in the trash bin.

With this in mind, I do think that it’s this mindset that does need to shift, in both men and women.

Knowledge is power, so arming yourself with this and becoming financially savvy is a really smart thing to do.

For men, it’s empowering to have a female partner who knows what she’s doing [and] not see this as a threat.

Overall financial literacy and knowledge in finance is quite low in general, finance can be seen to be a quite male-dominated industry too.

But there are people out there that can help you with the right advice, whether it’s accounting, advice or salary negotiations.

Be open – you don’t have to go see your “parents’ financial adviser”.

What are the benefits for anyone of taking control of their own financial future?

[In this industry], we see so many people that decide to see you for financial advice because they’re about to retire – this is crazy.

Yes, we can perform some emergency surgery, but you’ve really done yourself a disservice waiting until 60 to get advice.

It’s so awesome to see younger generations deciding to engage with their finances, and drawing a line in the sand to say, “No, I want control of my financial future”.

The benefits are incredible when you see what you can do, which really over the long term (e.g. 30 years versus five years) is little effort and a big win versus waiting until the 11th hour.

Just google “compound interest” – try a few scenarios on ASIC’s MoneySmart website, and you’ll see why Albert Einstein called it the eighth wonder of the world!

In your professional experience, do you view women as needing to take a different investment path than men?

It really depends on the individual situation, and [is] mostly down to families, having children and what this looks like for you.

There are a lot of people deciding not to have children, and staying in the workforce, so in this scenario not necessarily.

But if you are planning on raising a family, and taking significant time out of the workforce, then yes, you’re like a professional athlete – super mum.

What I mean is that you can build up a career, earn some great money – and you need to be really smart with this, as suddenly this can disappear if you’re reducing down to one income with your partner and have the added expenses of raising children.

Overall, it should be a collective and collaborative approach with your partner, as you are both in it together, working hard together towards the same goals, so it’s important to both be smart with your hard-earned cash.

And if you’re a single mum, then even more so. Honestly, they really are the super mums, absolutely incredible managing on their own.

I said it before, but knowledge is power, and time is even more powerful, so the things you do today, your future self will be so incredibly grateful for, and you’re going to make life so much easier for yourself down the track.

If you could provide one piece of advice for anyone who wants to be empowered with regard to their own money but doesn’t know where to start, what would it be?

Get in the know. It’s so easy these days; you can read books, jump on the internet and you can find an adviser who’s a great match to you.

Even better, there are so many awesome events like the Ladies Finance Club, where honestly it’s a pot full of gold – they’ve got expert speakers sharing wisdom, tips and the whole 101 on finance.

Events are great too as you network and meet other people who are on the same page and also want to take control.

I’d also say don’t worry, you’re not alone. It can sometimes feel a little isolating, but I see people every day who are about to retire, or have retired, who still haven’t had all of this stuff fully explained to them.

We never stop learning, so if you feel like you’re a bit unsure or need to get savvy when it comes to your finance, when you actually do, you will feel so empowered and in control, so it will 100 per cent be worth it.

Is there anything else you think is worth mentioning?

I think I’ve rambled on enough honestly – I can’t help it.

I get so passionate about this stuff and helping people so could talk all day long… We really should’ve been all taught this stuff in school and I think it’s great that the knowledge is getting out there to the masses. 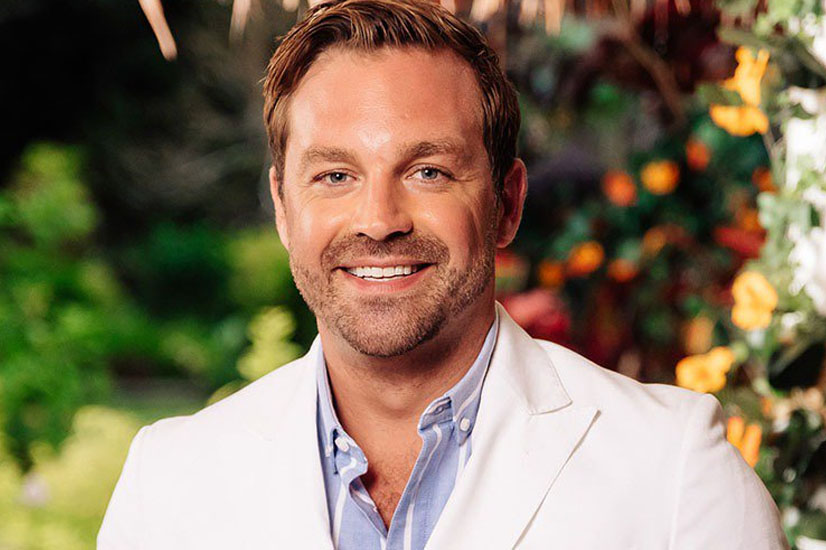