Super funds are “of course” interested in investing in emerging US projects, but scope of investments will depend on income stream prospects, a super association has said.

Responding to reports that Australian superannuation funds could be used to fund President Donald Trump’s public works plan, Association of Superannuation Funds of Australia (ASFA) CEO Dr Martin Fahy said there are clearly many areas of infrastructure in the US that require upgrading.

There is also “scope for many new projects”, he told Nest Egg.

“Australian superannuation funds and investment managers of course will be interested in emerging possibilities for investment in the USA,” Dr Fahy said.

“They are world leaders in putting together and helping finance major infrastructure financing deals. That explains why a number of Australian organisations are speaking to federal, state and local government officials in the USA.”

According to reports from Bloomberg, Prime Minister Malcolm Turnbull was set to propose using some of Australia’s $2.53 trillion superannuation pool to invest in President Donald Trump’s infrastructure plan in his visit to the US last week.

Mr Trump’s $1.5 trillion public works plan has suffered a lack of bipartisan support, as well as questions about who would pay for it.

With this in mind, Bloomberg reported that Australia’s ambassador to the US, Joe Hockey, has been lauding Australia’s success in selling or leasing public assets to finance construction without garnering debt, known as “asset recycling”.

Speaking last Wednesday, Mr Hockey said, “There’s no doubt when it comes to infrastructure and better rollout of infrastructure, Australia has some examples that may be of use to the United States.”

He said Australia could deploy “private money in partnership with state, county and city governments to give the infrastructure America desperately needs just to maintain its current economic growth, not to fall backwards”.

At the National Governors Association Winter Meeting on Sunday, Mr Turnbull said “we have to get smarter” about the manner in which infrastructure investment happens.

Responding to questioning on how federal and state governments work together on infrastructure, he said, “We have had a practice which ambassador Hockey started when he was our Commonwealth treasurer, federal treasurer, of encouraging states to recycle assets and to sell state-owned assets.

“The state government is often very well placed to take the construction risk and then having got an asset built and underway, to then be able to sell it to pension funds and superannuation funds that are looking for that kind of reliable return.”

Mr Turnbull was joined on his US tour by 22 business leaders, who were pushing for greater investment opportunities.

David Whiteley, the chief executive at Industry Super Australia, said, “The key blockage in the US, which is also common across the world, is the political risk due to community concern over private ownership of what people perceive should be public assets.”

However, Dr Fahy noted that scope for investments in the US will depend on infrastructure investments creating income streams for the investors.

He said, “Superannuation funds are particularly interested in projects where the infrastructure is already in place and there are sources of income, such as from tolls or user charges, available. As in Australia, where governments sell such assets to the private sector, it provides governments with funds to invest in greenfield infrastructure projects.

“For instance, the Indiana Toll Road Concession Company (ITRCC) was bought in 2015 by industry superannuation funds and US pension funds through Melbourne-based IFM Investors, in a deal worth US$5.7 billion ($7.6 billion).”

Dr Fahy noted that following the ITRCC filing for bankruptcy in 2014, IFM Investors – of which ITRCC is a subsidiary – entered into a $5.73 billion agreement for the right to operate the Indiana Toll Road and collect toll revenue. Less than a year later, IFM announced that it had reached financial close on its acquisition of ITRCC, inheriting 66 years of the concession lease agreement.

“Australia has pioneered ideas such as social privatisation in which publicly owned assets such as the NSW ports were sold to a consortium of super funds whose members become effectively the long-term custodians of the asset,” Dr Fahy said.

“Under the asset-recycling initiative developed by NSW and sponsored by the federal government, assets are sold and the proceeds used to invest in new road, rail, school and health facilities that can be developed in partnership with, or sold to, big super funds.”

IFM Investors CEO Brett Himbury told Bloomberg, “The administration needs $1 trillion and it’s unlikely that can all be supplied from the public purse. So there is a growing realisation that private capital is needed.”

He continued, “Part of our pitch is that this is worker’s money from many different countries being used to build infrastructure in the US and helping to create jobs for US workers.

“And we think that is a pretty compelling proposition.”

However, Dr Fahy concluded by noting that discussions around Mr Trump’s infrastructure plans remain at a high level, at least according to media reports.

“It may take some time before details of what is being proposed become available. Actual infrastructure investments would be even further into the future,” he said. 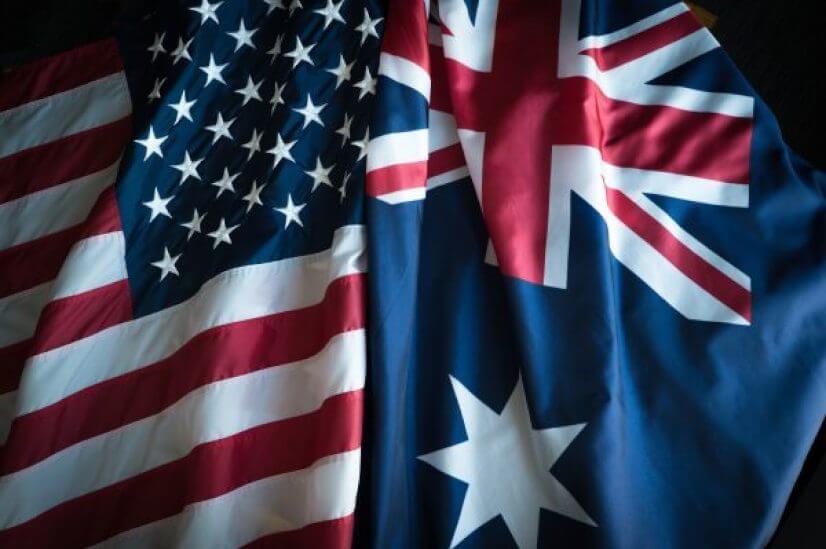