SMSF trustees who plan to relocate overseas in 2016 have been reminded by one large financial institution the “significant risks” in maintaining an SMSF while living abroad, and the “catastrophic consequences” of breaking the residency rules.

CFS executive manager Craig Day said that while there are strategies that can be employed for meeting the central management and control test and active member test, SMSF practitioners and their clients often do not fully understand the issues involved and the considerations required.

Mr Day said there is significant confusion over whether trustees who are living overseas can simply hold trustee meetings here in Australia to satisfy the central control and management test.

“If you look at the tax ruling in relation to Australian super fund status, that would suffice; however, I would say that it is risky,” said Mr Day.

“You would need to show [the ATO] that you’d come back to Australia and held your trustee meeting here, so you’d need documentary evidence of that.”

Significant problems could also arise, Mr Day said, where there is an emergency that affects the fund, such as a stock market correction or a member of the fund dying, with the fund then needing to make a death benefit payment.

“If the trustee is making decisions about changing the investment strategy – such as converting assets back to cash, or the decision to sell certain assets to pay a disability payment, for example – if they made those decisions or payments overseas, that would put the fund’s central management and control into question,” he warned.

Theoretically, the trustees would need to fly back to Australia to make those decisions – putting significant time pressure on them – otherwise they would risk the fund becoming non-compliant.

Appointing someone with enduring power of attorney is a possible strategy but comes with its own set of risks of which people are often unaware, Mr Day said.

“What this means is that you’re leaving full control of the fund, i.e. your retirement savings, in someone else’s hands. Also, that person is now taking full legal liability for the fund so they can be fined and held accountable personally,” he said.

“They’re going to have lots of administrative and compliance requirements imposed upon them that they’re going to need to comply with, and the important thing is that they can’t actually be renumerated for any of that.”

Before appointing an enduring power of attorney, it is crucial that SMSF practitioners take into account the client’s estate planning and trust deed.

“If the trustee allows for trustee discretion, do you really want this person making the decisions around the payment of your death benefit or the member’s death benefit?” he said.

Mr Day added that if the trustee has lost faith in the person they appointed and want to remove them, it is very important the deed allows the members to do that.

It is also vital trustees are aware of the active member test; being unaware of it can be a simple mistake but one with devastating consequences, he said. Members need to understand they must not contribute to their fund while overseas, he explained.

“If a person was to go overseas and two weeks later make a contribution to their fund from overseas, then that would cause them to be contributors and therefore their benefits taken into account and it could completely cause the fund to fail the active member test,” he said.

“If you do fail any of these tests during the year, then the fund will cease to be a complying fund for the whole of the year.”

This would result in the taxable component of the fund and the income of the fund being taxed at 47 per cent. 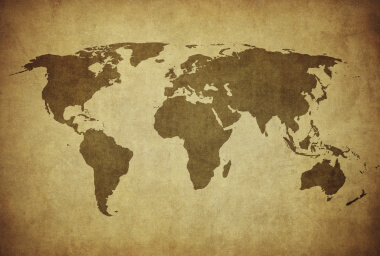 Last Updated: 17 August 2018 Published: 24 December 2015
Forward this article to a friend. Follow us on Linkedin. Join us on Facebook. Find us on Twitter for the latest updates
Rate the article