SMSFs are becoming increasingly prevalent and make up about one-third of Australia’s A$2.04 trillion superannuation system. But can you take yours overseas with you?

With the growth of self-managed super funds (SMSFs), the question of whether an Australian expatriate is able to continue using this structure is a common one.

The general rule of thumb I have followed is that it is easier to manage super assets under a public offer/retail super platform as opposed to an SMSF for a number of reasons, the main two being:

1. You can’t contribute to a SMSF while you are a non-resident but you can if you use a public offer/retail super platform. This, to me, is the biggest issue because by not being able to contribute, you are excluding a large number of strategies the can assist in building wealth and planning for retirement. You have to set up a separate public offer/retail super fund to receive contributions which adds to the cost and complexity of managing your super affairs.

2. You can’t control your SMSF whilst you are a non-resident but you can if you use a public offer/retail super fund. As you will see below, if you do want to maintain an SMSF, control must be maintained in Australia and all rights assigned accordingly. Who doesn’t want to control their own super fund?

Let’s say that even after addressing the above issues, you still want to maintain an SMSF as a non-resident. Well, the good news is you can do it, but you have to make sure your ducks are lined up.

Rather than wax lyrical about all the different rules, I often find it easier to talk about real world examples. There was a case recently where the ATO provided a Private Binding Ruling (PBR) addressing the issue of whether an SMSF that pays a pension to a non-resident retains its residency status. Now, this is a bit different because the SMSF has transitioned from accumulation mode to pension mode and the fund member remained overseas and wants to start receiving a pension from his SMSF. However, I will outline the lengths they went to in order to achieve a compliant fund.

In this particular case, the SMSF had a sole member of the fund, and the trustee of the SMSF was a corporate trustee and the directors of the corporate trustee were the sole member, his spouse and a representative in Australia. In order to determine whether a SMSF is compliant and is treated as an Australian super fund, the fund must satisfy all three residency tests under income tax law (Income Tax Assessment Act 1997, s295-95 (2)). These tests are:

As the fund was established in Australia and the assets comprise of Australian shares and an Australian bank account, the fund passes this test. Central management and control of the fund is ordinarily in Australia – the sole member has granted his representative in Australia who resides in Australia and makes all decisions in relation to the fund, an enduring power of attorney. This includes the acquisition and sale of investments, making buy/sell orders and operating the funds bank account.

To satisfy this, the fund has to either have no active member(s) or at least 50 per cent of:

If you are unable to meet the residency tests, the status of your SMSF will change from complying to non-complying and that’s where the trouble starts. All of the SMSF’s assets that have been accumulated over the years (minus member contributions received by the SMSF where no deduction has been claimed) plus earnings on investments received in the financial year the SMSF becomes a non-complying SMSF is taxed at 47 per cent.

Going forward, for every year that the SMSF remains a non-complying fund, the income that is received will also be taxed at 47 per cent. And it doesn’t end there. When you return to Australia and your SMSF becomes compliant again, all of its assets (minus member contributions) are assessable income of the SMSF in the year that the SMSF becomes compliant again and will be taxed at either 47 per cent (if the SMSF members return to Australia during the financial year) or 15 per cent (if they return to Australia for the full financial year). It doesn’t take a mathematician to work out that if your SMSF is deemed non-compliant, there is a very real chance you may lose the majority of your super fund balance.

As you can see, if you do want to maintain a SMSF while you are a non-resident, there are a number of hoops to jump through which may or may not suit your personal circumstances. As always, your best course of action is to speak to a specialist who not only understands the current superannuation rules but also how they apply to Aussie expats who are classified as non-residents.

You can find out more on how the ATO handles non-compliance here.

You can read the full ATO report here. 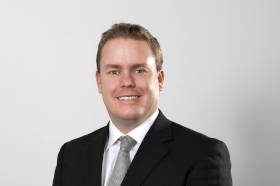 Last Updated: 13 March 2019 Published: 06 September 2016
Forward this article to a friend. Follow us on Linkedin. Join us on Facebook. Find us on Twitter for the latest updates
Rate the article