Australians have the freedom to leave their estate to any benefactors they wish but with one exception, a lawyer has warned.

Principal solicitor at Townsends Business & Corporate Lawyers Peter Townsend flagged the recent NSW Court of Appeal decision that showcased an exception to the binding nature of wills, where it considered that a “person must fulfil any moral duty to make proper and adequate provision for those for whom the community would expect such provision to be made”.

Mr Townsend was highlighting a decision which saw a deceased “fail to have sufficient regard to his obligations to his dutiful wife of 28 years” in his will.

The man whose estate was in question had provided a $52,000 indexed annuity for his wife for the rest of her life, while the distributable estate totaled $6.65 million.

The lawyer explained that this arrangement was deemed inappropriate on appeal, with the judges awarding the widow a lump sum of $1.75 million less annuities already received, to allow the widow “to maintain a standard of living she enjoyed with the deceased at their home”.

Noting the proper and adequate provision, Mr Townsend said “it is not a question of fairness or equality”.

“It is a moral duty to provide for their relative.”

Duty to a wife

While Mr Townsend did concede that each case is based on its own facts, with the law applied individually in each separate case, he cited that the court said “in the absence of special circumstances, following a long and harmonious marriage”, a husband has the duty to his widow, at a minimum, to:

Mr Townsend was quick to shoot down the notion of a “standard widow”, with every case determined on its own particular circumstances.

He did note, however, that the courts are inclined to give more attention to the needs of a widow than they will to the needs of a deceased’s children, especially where the children are adults and “well able to support themselves”.

The court will look at whether the provision made to the wife in the will was adequate or inadequate in the circumstances as to “the proper level of maintenance appropriate”.

The lawyer also flagged how “proper maintenance” is not limited to “bare sustenance” of a claimant.

Instead, it requires consideration of the totality of the claimant’s position in life including age, status, relationship with the deceased, financial circumstances, and the environment to which the individual applying for greater access to the estate is accustomed to.

In highlighting the take-home message from the decision, Mr Townsend offered up the following advice:

“The message for husbands would seem to be that they need to provide for their spouse, or the courts will do it for them.”

He did acknowledge that “just how this might interplay with the need to provide for their children at the same time, children who may not be the issue of their spouse, is a matter for another day”. 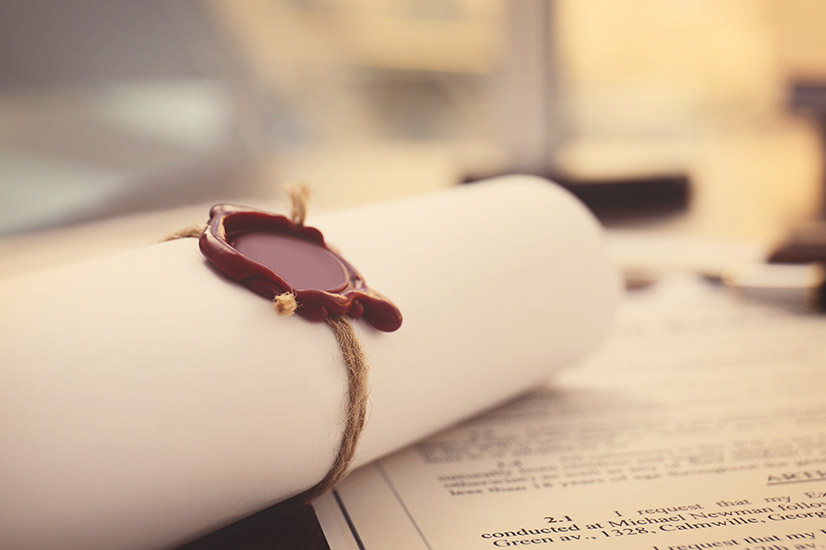 Last Updated: 23 October 2019 Published: 30 September 2019
Forward this article to a friend. Follow us on Linkedin. Join us on Facebook. Find us on Twitter for the latest updates
Rate the article