Although capital returns are the typical focus among small-caps, sustainable income is still on offer for those who care to seek it. View three growth stocks paying yield.

Investors can be drawn to small-caps because the segment often houses companies with unappreciated growth prospects. The challenge of course is to avoid the numerous failures and investment speculation from creeping into portfolios.

To better participate in this market and provide more choice, our funds partner Clime Investment Management launched the Clime Smaller Companies Fund in May this of year. For StocksInValue members this translates to more frequent and dedicated coverage of small-caps.

Although capital returns are typically the focus at this end of the market, strong and consistent income remains a key objective for us. This report updates on three growing smaller companies that also provide healthy income returns, including Rural Funds Group (RFF), a REIT that owns prime Australian agricultural assets, HFA, parent of US-based fund of hedge funds manager Lighthouse, and Jumbo Interactive, an online retailer Australian lotteries. This diverse trio offers a blended yield of 6.8%, while each have strong respective balance sheets to support future growth.

After JIN's strong share price gains over the last 18 months (~200%) there could be some investors taking profits at this stage. Obviously big rallies inevitably exhaust value discounts and we’re conscious of this. However we think it’s a case of shares rapidly catching up to value as opposed to pure momentum. The stock remains interesting for the following reasons:

All of this begs the question, why was the business trading at such a large discount in the past? Two reasons, in our view, are (1) JIN’s short-term state based licenses gave the impression that JIN was vulnerable to Tatts suddenly ending the relationship, and (2) JIN's venture into Europe and Mexico failed to generate revenues and resulted in significant sunk costs.

In May Tatts JIN announced a new agreement with Tatts, with all short-term state-based reseller arrangements extended for five years, conditional on any competitor’s stake in JIN being limited to 10 per cent. Tatts itself took a 15 per cent stake in the company via the issue of new shares, and a Tatts representative was invited to join JIN’s board.

JIN’s failure internationally reflects the difficulty in establishing a database. The flip-side is that its domestic database of 2 million qualified leads (including credit card details and 18+ age verification) is very valuable indeed. This was the basis for international lottery wagering provider Lottoland’s brief appearance on JIN’s register this year.

In its May 30 guidance JIN announced it will adopt an 85% payout ratio. On our numbers this translates to a fully franked yield of 5% (equivalent to a grossed up yield of 7%).

HFA’s controlled entity Lighthouse Partners is a Fund of Hedge Funds (FoHF) with a difference. One of the key issues in this area is “style drift”, which is when a hedge fund deviates from its mandate and invests outside its area of expertise.

HFA had a dormant couple of years between 2012 and 2014 as the company concentrated on paying down debts to strengthen its balance sheet. It now has a strong, A$30 million net cash position from which it can fund dividends or growth investments. The share price has responded in-kind, but even now at $2.43 it trades on attractive 10% forward yield.

In last week’s June quarter update HFA reported stable Assets Under Management and Advice (AUMA) at US$9.47 billion. The ‘Customised’ business has been growing well and management appear confident of further mandate wins in near to mid-term, adding to the 11 accounts it holds currently. 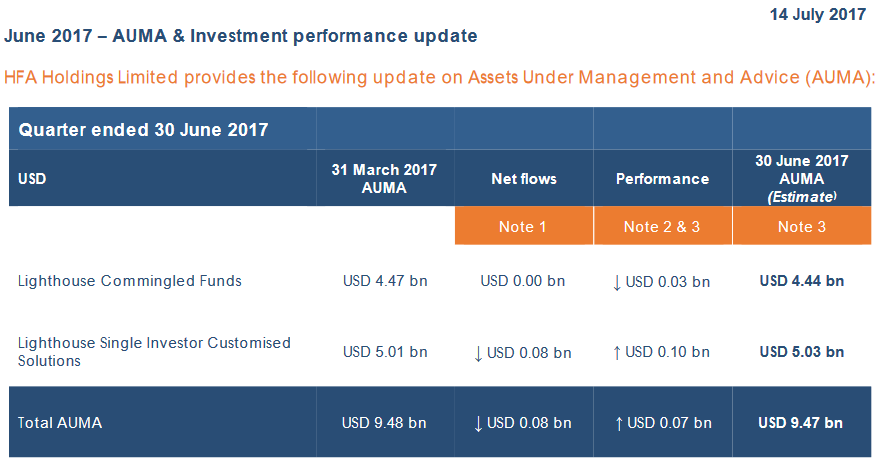 We remain positive about the stock, and happy to collect healthy income returns absent of any material share price movements.

Australia is known globally as a clean growing region, and a beneficiary of this is agricultural landlord Rural Funds Group (ASX: RFF). RFF is a real estate investment trust (REIT) with a market capitalisation of just over $500m. It owns a diversified portfolio of high quality Australian agricultural assets that are leased to experienced agricultural operators (RFF’s tenants).

Importantly, post the recent capital raising, RFF’s gearing ratio has receded to a comfortable 29.5% while its payout ratio of 76% allows for reasonable reinvestment to occur. This approach is consistent with RFF’s objective to provide investors with balanced growth and income.

Given the Group’s experienced management team, sound future prospects and solid (and growing) yield of around 5.3% per cent, we believe RFF presents a solid investment opportunity over a medium investment horizon.

Clime is an independent, highly esteemed Australian fund manager specialising in value investing and focused on delivering absolute returns. To access Investing Reports and our Letter to Investors detailing the outlook for FY2018, click here. 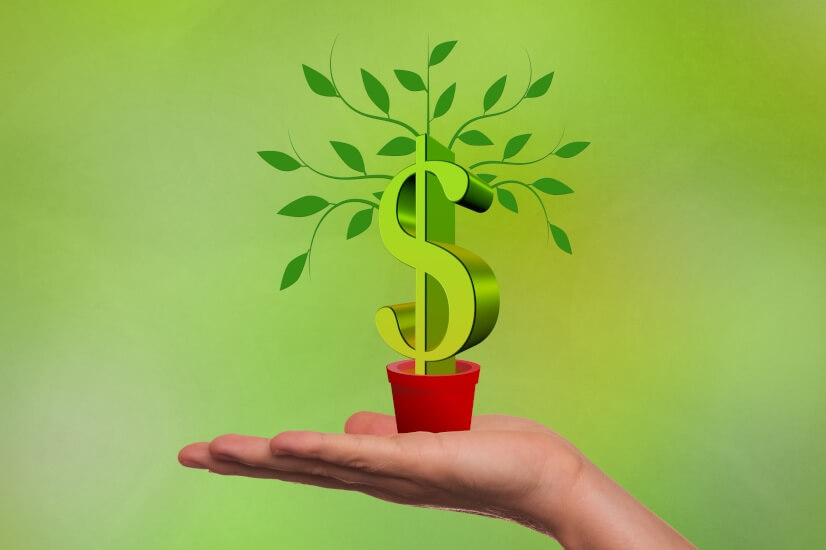 Last Updated: 09 September 2019 Published: 31 July 2017
Forward this article to a friend. Follow us on Linkedin. Join us on Facebook. Find us on Twitter for the latest updates
Rate the article