Australia is littered with disasters. From lovers, brothers, mothers or others buying property with friends, family or investment partners. The good intentions of affordability paving the road to a hell of complications.

Australia is littered with disasters. From lovers, brothers, mothers or others buying property with friends, family or investment partners. The good intentions of affordability paving the road to a hell of complications.

Property fragmentation cleans it all up.

As backyard barbecues grow beyond contagion limits, so will the stories. Told over clinking glasses, crumbling garlic bread, burned meats and general merriment. With most avoiding the social taboos - sex, politics and viruses - the conversations quickly digress to property.

Who’s making a killing. Where some are stressing. What’s being sold when for how much. And where it’ll all land up, pontificated through pessimisms or optimisms. Served up with a garnish of economic recession or depression.

Despite it all, there aren’t that many; new stories about real estate.

Except for ‘fragmentation’, a term that’s been used in property circles for about as young as ‘social isolation’ has been part of the general chatter. Four months, all up.

Isolation is synonymous with costing the economy, while fragmentation has brought an entirely new value dynamic to real estate. It’s created independence, which has been lacking from part-ownership arrangements - resulting in a litany of disasters.

Fragmentation is fresh. Because it’s a new how to buy, sell and own property.

Real estate’s been owned and traded the same way for centuries. The best price for the vendor settles it, the conveyancers do it, and the new owner pays handsomely for it all.

The struggle now is real, with the handsomeness of the vendor’s best price growing out of reach for many Australians. The prices are now just too high.

Except that earlier this year, just as the world was locking down, property fragmentation turned purchases of less than $30,000 into part ownerships of a $9,000,000 property development.

FUTUREALTY fragmented and marketed the entire seven luxury seniors living apartments located in the exclusive beachside suburb, Avalon Beach. It used BRICKLET, Australia’s exclusive property fragmentation platform, to create a total of 280 fragments in a $9M development. Selling each for less than $35,000, with every owner registered on
land title, giving each owner complete and independent jurisdiction of their part of the ownership.

“Asking someone to stump up $9 million to fund a development is how it’s been played in the past, making those with money more money. We turned that on its head, making money with those who’ve been cut out of property because they couldn’t afford it,” says Ray Jourdan, from FUTUREALTY.

“There are still pundits who claim that $35,000 buys you nothing in Australian real estate, when we’ve sold every fragment for less than that, with everyone owning part of the $9 million property.”

Following the instantaneous success in Avalon, FUTUREALTY’s now fragmenting a development south of Sydney, in Nowra. That NSW South Coast property development is also valued at close to $9 million, with each fragment of the entire 21 dwelling development - a mixture of three-bedroom townhouses and two-bedroom villas - only costing $27,779.

BRICKLET is handling the fragmentation, given it’s the only one doing property fragmentation on land-title. Ensuring that every part-owner is independently registered on the development’s title at the land registry.

It’s new. Still in its infancy. However, growing fast. With every state and territory land registry working with BRICKLET to certifying fragmentations, and Mirvac and Stockland backing BRICKLET. It’s all become very popular very fast.

Amongst friends, family and investment partners wanting to buy property together; developers keen to seriously reduce their price point for investment, or even holidayers wanting to part-own beach houses for summer and ski chalets for winter, with a bush retreat possible for the long weekends.

Australians are now the only ones in the world who can clean up their part ownerships of real estate. Securing complete independence for each owner in every part of jointly owned properties. 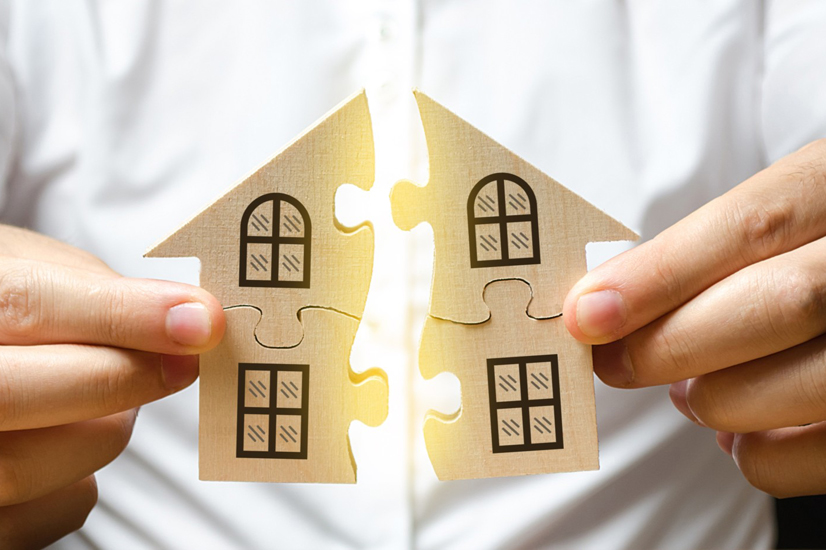 Promoted by Bricklet Property ownership. For many it seems like a distant dream. For others, a sophisticated reality. But what happens when the game is changed in an unexpected way? ...Read more

Promoted by Bricklet The concept of the rich getting richer isn’t new, but maybe it’s going out of date. Everyone is aware of how it is easier for those with more money to spend money and invest ...Read more

Promoted by Leveraged Many aspects of our lives have changed; how we work, greet and move. However, our financial goals are constant, so investors need to reimagine how to achieve their ambitions. ...Read more

Promoted by Leveraged Investing is not an exact science, but even in times of increased uncertainty, doing nothing still has consequences for your future self. ...Read more

Promoted by Learn To Trade You have probably heard that there is more to trading than just stocks. Although that is the market that most people are familiar with, the truth of the matter is that inve...Read more

Promoted by Learn To Trade With one of the wildest weeks we have ever experienced in financial markets unfolding right now, those who know the secrets to trading the forex market stand a good chance ...Read more

Promoted by Learn To Trade. Bitcoin (BTC) is one asset we don’t touch on all that often here on this blog, but we’re going to make an exemption this week.   ...Read more