Investing in physical gold is not for the faint-hearted. Even gold bugs, that quaint term for investors who love the yellow metal, get it wrong.

Just when it seems it’s lost its investment allure, gold rallies, before faltering again, often leaving investors none the wiser – and a good deal poorer – as to why it all happened.

Gold analysts, and there is no shortage of them, can tell you, chapter and verse, why the gold price will rise – or fall. But history suggests their prescience should be taken with a grain of salt.

Take 2016, for instance. By the middle of the year, gold was up by about 25 per cent, touching US$1,320 an ounce on 7 July. Two factors, it seemed, were coalescing to put gold front and centre of investor interest – Brexit and uncertainty about the US Federal Reserve’s monetary policy.

The vote for the UK to leave Europe was the first major setback to European unity since the Treaty of Rome was signed in 1957, and the Fed waited the best part of a year before finally pushing its benchmark rate higher by just 25 basis points to a target range of between 0.5 and 0.75 per cent, up from 0.25 to 0.5 per cent since December 2015.

Political uncertainty and Fed dithering are manna from heaven for gold bugs. Or so analysts say. Certainly, a gold price of US$1,261 on 23 June 2016 that jumped US$59, or nearly 5 per cent, the next day, would bear that out, with the UK voting to leave Europe on 23 June. The markets were stunned, and investors sought a traditional haven – gold.

But if the run-up to the Brexit vote, and the vote itself, prompted interest in gold, then surely it’s fair to ask why gold continued to decline for the rest for 2016, to end the year at US$1,150, only up 8 per cent for the 12 months.

The Fed, we know, continued to dither, and as the second half of 2016 unfolded a Trump presidency became more likely, culminating in his election victory on 8 November. Surely if anything was going to unsettle markets – and spark a gold rally – it should have been the likelihood, and then the reality, of a Trump presidency.

This was the maverick candidate who promised to build a wall along the Mexican border, was going to dismantle the North American Free Trade Agreement (NAFTA), called China a “currency manipulator” and planned to use tariffs to resuscitate US manufacturing. It went down a treat with US voters, especially in those Midwest states where manufacturing has been hard hit, but most economists concurred such a policy would disrupt the global economy, hinder growth and prompt China – the biggest foreign holder of US debt – to retaliate.

As if that wasn’t enough, Trump suggested he could get creditors to accept a discount on US debt, somehow forgetting that about two-thirds of US debt (‘Treasuries’) is held domestically (government agencies, private investors, mutual funds etc). And most un-Republican-like (at least in terms of the public rhetoric), he announced an expansive government spending policy to go hand in glove with tax cuts. Public debt, it seemed, was no longer an issue.

When you add to this equation that gold is a non-income producing asset (in fact, investors in physical gold must pay to store it; either that or buy a Doberman Pinscher), and the risk of holding physical gold becomes self-apparent.

This is why the ‘safe haven’ argument for retail investors doesn’t hold water. The investment risk is simply too great to make this non-income producing asset a sizeable portion of a portfolio, while making it a small percentage, say, 10 per cent, won’t achieve its primary goal of protecting that portfolio in a sharp market downturn.

Gold aficionados will rightly point out that the yellow metal’s price jumped nearly three times in just under three years in the aftermath of the 2008 global financial crisis. But those were extraordinary times. Far better, I would argue, to heed the words of the sage of Omaha, Warren Buffett who said, “I have no views as to where [the gold price] will be, but the one thing I can tell you is it won’t do anything between now and then except look at you. Whereas, I think Wells Fargo will be making money… it’s a lot better to have a goose that keeps laying eggs than a goose that just sits there and eats insurance and storage”. It’s a polite way of saying investing in physical gold is a difficult game. 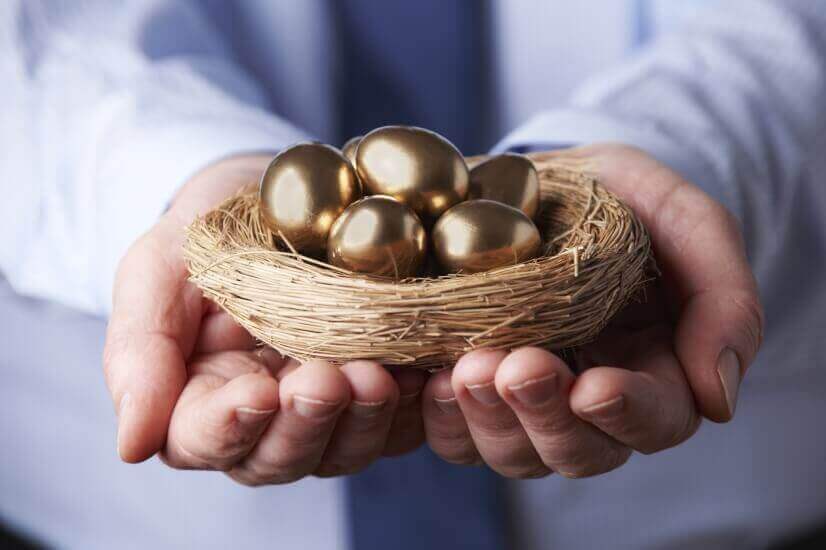 Last Updated: 30 June 2017 Published: 26 April 2017
Forward this article to a friend. Follow us on Linkedin. Join us on Facebook. Find us on Twitter for the latest updates
Rate the article