The initial impact of the UK’s Brexit referendum has already been felt by markets, and the road ahead will be long and winding, but there are some things investors can prepare for.

As the financial markets adjust to the aftershocks of the historic UK referendum vote, spectators aren’t the only ones left scratching their heads. Financial markets have begun to adjust, moving beyond the initial emotional response.

With the dust beginning to settle, many have been left asking, “Now what?”. Here’s what you can expect in a post-Brexit world:

Under what’s known as Article 50 of the Lisbon Treaty, the UK will have two years to negotiate leaving after it gives formal notification to the European Union.

The two-year countdown will begin once the notification has been made and an extension can be requested if all parties agree.

The art of negotiation

The UK and the EU have a lot of work ahead, renegotiating trade agreements for the exchange of goods and services, as well as immigration policies.

Since many of the UK’s trade agreements are with the EU, new negotiations will be required with all of its trading partners – a colossal undertaking in just two years, especially since a single political deal takes time when the parties are on good terms, let alone during a messy divorce.

Some estimate as many as 150 different types of agreements need to be negotiated, and even Brexit supporters have suggested an exit date closer to 2020 is more appropriate.

What the markets can (and can’t) tell you

Unlike the expected ‘drip, drip, drip’ flow of political negotiations, markets tend to react quickly. These spikes occur when the market attempts to predict the final outcome with limited information. Unfortunately, these reactive predictions are often wrong.

A far better indicator of how the UK referendum will affect the global markets will be to observe the first few trade agreements. If they are negotiated quickly and on reasonable terms, you’ll see the markets trend accordingly.

On the flip side, if the first few trade agreements show signs of conflict, you could see the reverse.

Consequently, the recovery in major equity market indices needs to be seen against a background of uncertainty. Investors should not confuse the ebbing of initial shock with clarity about the eventual outcome.

While the world argues over the pros and cons of the vote, the same debate is taking place in the UK. Northern Ireland, Scotland and London voted in favour of remaining in the EU, while Wales and the rest of England generally voted to leave.

Scotland’s recent decision to stay in the UK was likely motivated by fear of leaving the European Union. In light of the Brexit vote, I think we can expect to see the Scottish National Party explore another referendum to leave the UK and rejoin the EU.

It gets even more complicated in the north of Ireland. Sinn Fein, one of the larger political parties there, has hinted it could seek a referendum to unite with the Republic of Ireland on the premise of remaining in the EU. This has enormous political complications given the centuries of sectarian division.

With votes on the horizon for Spain and Italy, and referendum rumblings gaining momentum in Denmark, The Netherlands and even France, a wave like this could be very hard to stop.

Though the EU and its respective members’ governments will likely say no, general elections could sway politicians to offer referendums in the hope of maintaining party control, as we saw with former UK prime minister David Cameron.

Compared with the central banks of other European countries, the Bank of England is in a relatively good position. There’s a big difference between the UK leaving the EU and France or Spain leaving. That’s because the UK has its own currency, unlike many of the EU’s members, which share a common currency – the euro.

Britain’s pound is critical as an adjustment tool to absorb a shock like Brexit. It has already fallen significantly and recent statements from the Bank of England imply it is comfortable with this lower level.

The banking system will be tested

Threat to the financial system is one of the ways a geopolitical event can have ripple effects throughout markets. The question is, can the European banking system stand up to this disruption?

In the end, I think it will be fine, but initially this is the area that will take the most impact. However, unlike in 2008, the UK and US banking systems are significantly well-capitalised and have passed strenuous stress tests.

One of the challenges we face is that the European banking system may not be quite as well-capitalised as it needs to be. Central banks can take care of liquidity, but some EU banks will need to find ways to recapitalise through the markets. While the US and UK banking systems are strong, central European banks are where my concern is focused.

When it comes to events like the UK referendum, the accuracy of predictions isn’t nearly as important as being prepared for both outcomes. While the vote to leave was a surprise to most, the fact that institutions like the Bank of England and the European Central Bank (ECB) were prepared for either outcome has helped calm the financial markets.

This is one of the great lessons of the global financial crisis. I am very impressed by the speed and magnitude of central bank action in response to the UK referendum. The ECB has already made a statement on what it’s going to do, as have the Bank of England, the Bank of Japan, the Bank of China and the Fed.

Ultimately, this is not a time to panic. Four key factors will aid in our ability to weather the UK referendum vote – adequate time to reflect and respond to the upcoming changes, the speed at which the central banks have moved, the UK’s independent currency as an adjustment factor and the lessons from the global crisis. 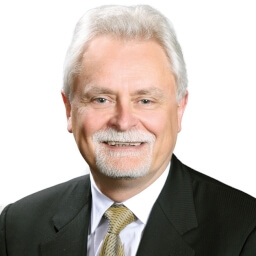 Last Updated: 01 September 2016 Published: 21 July 2016
Forward this article to a friend. Follow us on Linkedin. Join us on Facebook. Find us on Twitter for the latest updates
Rate the article