With the market going through a transformative process, here are seven major trends investors should look out for.

The international economy is in a state of transformation owing to a combination of global trends and different cycle stages.

Recognising the factors at play in the market is crucial to understanding what these trends mean going forward.

According to AMP’s chief economist Shane Oliver, these “megatrends” will continue to affect markets for medium term.

“Being aware of such megatrends is critical given the short-term noise that surrounds markets,” he said.

“Recent developments – including the rise of populism, developments in the South China Sea and around commodity prices along with relentless technological innovation – have relevance for longer term trends likely to affect investors.”

Accordingly, investors looking for future opportunities and risks would be wise to be aware of these major trends affecting markets.

Rationalist policies of deregulation, privatisation and globalisation saw their heyday over a decade ago. Since then, we’ve seen the dotcom bubble burst and the GFC, and with the ensuing financial and corporate scandals, a push for greater regulation. An inability to shoulder more debt in the current post-GFC climate has produced slow growth and rising inequality, resulting in rising populism globally and manifesting in the form of Brexit recently, and US President Trump potentially.

However, while these all factor into the swing between political leanings, there will be economic implications as we shift away from economic rationalism, according Mr Oliver.

“The risk is that the shift away from economic rationalist policies in favour of more populist policies will lead to slower productivity growth and ultimately rising inflation as the supply side of economies are damaged and easy fiscal policy is adopted,” he explained.

The GFC and constrained growth have stemmed the consumer’s desire to add to already high levels of debt, while banks have instituted stricter lending standards. The result has been a slowdown in household debt globally, leading to slower credit growth dragging on banks.

Continuing post-Cold War tensions will continue to be a major trend, fuelled by declining US power, a rising China and Russian attempts to revive its Soviet past. Within that, we’re witnessing countless geopolitical tensions in a world shifting away from its post-1990 global power paradigm towards a multi-polar model. Increased tensions between Sunnis and Shias in the Middle East, Russia’s intervention in Ukraine and competing stakeholders in the South China Sea are all evidence of that. Global tensions will continue for the foreseeable future to threaten to disrupt investment markets

Rising life expectancy in many developed countries coupled with falling fertility rates are leading to ageing populations. While in Australia this is being somewhat offset by immigration, other countries such as Japan, Korea, Italy and China are experiencing dramatically slow population growth which will have long-term economic impacts, including slowing labour force growth, increased pressure on health and pension government spending and a skewed retiree to labour population.

“At the investment level, it will likely see an ongoing focus on strategies generating income (yield) while at the same time providing for ‘more stable’ growth to cover longevity,” Mr Oliver said.

While emerging markets in the form of Russia and South America are struggling, their Asian counterparts are largely performing, with China and India leading the charge. A swelling Chinese middle class in particular is driving growth (there were five million Chinese characterised as middle class in 2000. That number is now 225 million).

All this mean that Asian shares are favoured, with the exception of Japan, while tourism and services should benefit given India and China’s middle class, according to Mr Oliver.

For the last several years, commodities have been in decline in response to last decade’s commodity price boom and declining Chinese growth. Short of seeing a recession, the worst may well be behind investors. However, investors shouldn’t get ahead of themselves.

“This doesn’t mean the next super cycle commodity upswing is near, rather a long period of base building is likely as we saw in the 1980s and 90s,” Mr Oliver warned.

Businesses looking to save on labour will likely be good for productivity and profit margins, but may constrain consumer spending and wages, while worsening inequality and even growth in emerging countries. There is also the possibility that growth and inflation may be miscalculated.

“There is also the ongoing debate that with so many ‘free’ apps and productivity enhancements, growth in activity (GDP and hence productivity) is being underestimated/inflation overestimated and consumers are doing a lot better than weak wages growth implies,” Mr Oliver said.

“So fears around inequality and stagnant real incomes may be exaggerated.” 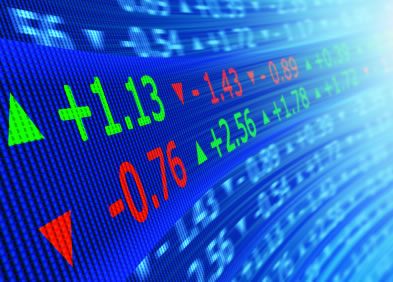 Last Updated: 28 July 2016 Published: 28 July 2016
Forward this article to a friend. Follow us on Linkedin. Join us on Facebook. Find us on Twitter for the latest updates
Rate the article