The week that was in local and overseas markets gives investors a solid indication of where the opportunities, and the black spots, will be for the week days and weeks ahead. AMP Capital chief economist Shane Oliver explains.

Investment markets and key developments for the week

By contrast, Eurozone, Japanese and Chinese shares fell with talk of less stimulus weighing on Chinese shares. Bond yields were flat to down. Oil, gold and iron ore prices rose but metal prices fell. Australian dollar fell back to around US$0.70 in the face of a break higher in the US dollar and more RBA rate cut talk.

Having rebounded very sharply from their December lows, share markets are vulnerable to a decent pullback or correction. But putting short-term risks aside, they are still likely to end the year higher. Put simply, the rebound in shares reflects a reversal of last year’s negatives, with central banks led by the Fed more dovish, lower inflation allowing lower bond yields, stabilisation and in some case improvement in global growth indicators (which should underpin reasonable profit growth) and the risks around a trade war receding.

A curve ball from US President Donald Trump

Six months ago, the decision by Mr Trump to exempt China, India, Japan and a few other countries from US sanctions for buying around 1.4 million barrels a day of Iranian oil helped drive global oil prices down, and it was thought the exemptions would be renewed. But just to confuse everyone, they won’t be, and so the oil price has been given another push higher as it removes Iranian oil from the global market at a time of supply disruptions in Libya and Venezuela. WTI crude at US$65 a barrel is still well below last year’s high of US$76 (as are Australian average petrol prices of around $1.5 a litre versus last year’s high around $1.6) and commitments by Saudi Arabia and the UAE to make up for lost supply may still keep prices below last year’s highs.

If it doesn’t – and prices keep rising in response to supply shortfalls or heightened geopolitical tensions around Iran – expect Mr Trump to get nervous (as higher gasoline prices don’t please his base, and this matters given next year is election year) and do something like bring back the sanction waivers.

A 9 per cent decline in petrol prices drove the flat headline increase in quarterly inflation and petrol prices have since bounced back with the world oil price. But every measure of underlying inflation was weak, running between 1.2 per cent year-on-year to 1.4 per cent year-on-year. Businesses are still finding it hard to lift prices in the face of ongoing spare capacity, intense competition and weak demand.

Yet again, the RBA’s inflation forecasts are looking way too optimistic and will likely be downgraded again in next month’s Statement on Monetary Policy. The longer inflation undershoots the 2-3 per cent target, the greater the risk that the target will lose credibility. This in turn will see low inflation expectations become more entrenched, making it in turn even harder to get inflation back to target and leave Australia vulnerable to slipping into deflation during the next economic downturn. Lowering the 2-3 per cent target would be a huge mistake and would see inflation targeting lose all credibility and only lock in low inflation (and the risk of deflation) for longer.

Import prices fell and skilled vacancies fell again, consistent with a slowing jobs market. On the positive side, export prices continued to surge in the March quarter (helped by the higher iron ore price) pushing up the terms of trade. The flow on of this to profits and tax revenue in Canberra, along with lower welfare payments, saw a further improvement in the federal budget making a surplus this financial year look quite likely. Which in turn may mean scope for more fiscal stimulus by the next government.

The outlook for investment markets

-Share markets – globally and in Australia – have run hard and fast from their December lows and are vulnerable to a short-term pullback. But valuations are OK, global growth is expected to improve into the second half of the year, monetary and fiscal policy has become more supportive of markets, and the trade war threat is receding, all of which should support decent gains for share markets through 2019 as a whole.

-Unlisted commercial property and infrastructure are likely to see a slowing in returns over the year ahead. This is particularly the case for Australian retail property. However, lower for even longer bond yields will help underpin unlisted asset valuations.

-Our base case is for national capital city house prices to fall another 6 per cent or so into 2020 on the back of tight credit, rising supply, reduced foreign demand, price falls feeding on themselves and uncertainty around the impact of tax changes under a Labor government. An earlier rate cut in May could bring forward the bottom in house prices as in the last two cycles they bottomed, four months or so after the first rate cut.

-Cash and bank deposits are likely to provide poor returns as the RBA cuts the official cash rate to 1 per cent by year end. 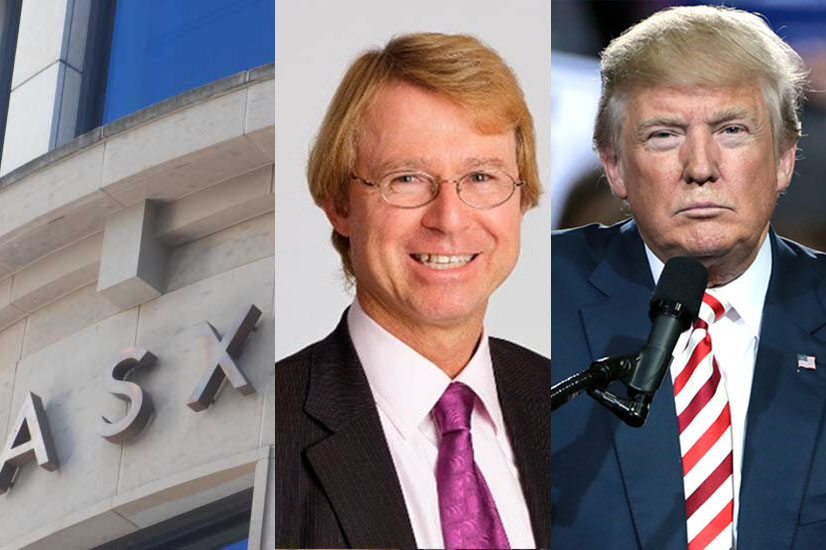 Last Updated: 14 January 2020 Published: 26 April 2019
Forward this article to a friend. Follow us on Linkedin. Join us on Facebook. Find us on Twitter for the latest updates
Rate the article