Not another rate cut! How many investors have thought that since last week? Retirees must have, as they’ve felt the pinch every year as rates have fallen.

It’s hard to believe term deposit (TD) rates were in the fives and sixes not so long ago. But we are where we are and the global consensus suggests we aren’t about to go back any time soon. But will the ‘lower for longer’ world last three years or five or more?

Ten-year government bonds at about 2 per cent suggests global investors have accepted that all investments will deliver lower returns for many years to come.

Grim tidings, especially for those who’ve relied on TD income. Many articles recently suggest tightening the belt, and when times are tough that’s sound advice.  Then there’s the ‘get out of your TDs and load up with equities again’ articles.  So it’s that easy? Switch from TDs to stocks with high dividend yields – problem solved!

I think we all know that’s risky advice.  Yes, everyone has an allocation to shares for growth, but we all learned the GFC’s lesson about having all your eggs in the equity nest. It ain’t no nest – dividends can be cut and share markets are roller coasters.

Shares in theory are the higher return, higher risk option. But over the last year, two years and ten years, the risks have materialised. Total returns on bonds have beaten shares over each of those periods. Not just the higher yielding corporate bonds, but all bonds, including government bonds.

You’d be more confident in equities if the global consensus was the world economy had turned the corner and the world’s major investors were getting 4 per cent or 5 per cent for 10-year government bonds. But we’re a country mile from there. The institutional market is deeply concerned and fearful for local and world markets and economies, and asset classes across the board. More volatility seems to be the one thing every commentator agrees on. So diving back into equities holus bolus doesn’t seem like sound advice to me.

Rather than just tightening your belt and sticking with TDs, investors should be considering the full range of fixed income options. This includes TDs, government and corporate bonds, and funds and ETFs over the same. After all, the main reason you keep money in TDs is that you don’t want to risk your capital in more volatile investments, particularly if you’re a retiree or a 50-plus Australian investor. Fixed income investments have low volatility compared with equites and hybrids.

Government and corporate bonds and bond ETFs are now available on ASX via your adviser or broker in exactly the same way you buy shares.

Corporate bonds on ASX come in the shape of XTBs or Exchange Traded Bond units. XTBs give you access to the returns of corporate bonds from investment grade companies like Woolworths, Telstra BHP, and Lend Lease – 39 bonds from 26 ASX 100 companies. These corporate bonds are not listed on ASX directly, so XTBs give investors an opportunity that wasn’t possible before.

After the rate cut, the major banks increased TD rates for some 1 year and 2 year TDs with 3% TDs available the following week.  Shorter-term TD rates are lower with one of the four major banks quoting 2.4 per cent for six-month TDs. There are more depositor funds in shorter-term TDs than longer-term TDs.

Government bond yields are generally less than this and they have not been popular with individual investors because their yields are lower than TDs.

Corporate bond yields are generally higher than TD rates. The 39 XTBs on ASX over 39 bonds range from the mid twos to high fours in yield. Corporate bonds sit just above TDs on a risk-return spectrum, so the extra return comes with the extra risk of the bond over the TD. The extra risk is the risk the bond issuer won’t pay you back. And bonds don’t have the government guarantee for the first $250,000.

If you’re thinking, “But I can get a NAB hybrid for 6 per cent or Telstra equity for 9 per cent dividend yield?”, yes you can, but with both you just got back on the roller coaster of equity and hybrid price volatility. Bonds are far less volatile. Fixed rate XTBs have volatility of 2 to 3 per cent p.a. Floating rate XTBs is 0.2 to 0.3 per cent, while equites is about 15 per cent and hybrids about 6 to 7 per cent over the longer term.

You can buy and sell XTBs on ASX every day subject to liquidity, so you’re not breaking anything, like a TD when you want your money. You do pay brokerage and you may have platform fees if you’re on a platform, so you have to factor those costs in.

Another important factor to consider is your actual income each year. That’s pretty clear for a TD – it’s the TD rate.

For bonds, it’s the coupon (similar to dividends on shares, only it’s fixed and can’t be deferred), which is paid twice annually for fixed rate bonds and quarterly for floating rate.

The yield to maturity (or just yield) is the actual measure of your total return because it takes both the income and capital into account. The income is 6.4 per cent for six years and the capital loss is $21.83. The yield of this investment is 3.84 per cent.

You shouldn’t focus solely on the running yield to the exclusion of the yield to maturity, as that’s the ultimate measure of returns. Yes, you will earn income of $7.75, which is an annual rate of 6.4 per cent for this Qantas example. But you’ll receive $100 principal at maturity and not the purchase price. The capital loss can be offset against gains elsewhere in the portfolio.

Note your annual income from the bond is more than twice that of the TD, but obviously you paid more than par value of the $100 of capital, so its swings and roundabouts, but ultimately the somewhat riskier bond investment delivers a somewhat better return. It’s your choice – safer in the bank and tighten the belt? Or earn 40 per cent more return for the bond investment, without being on the equities roller coaster? 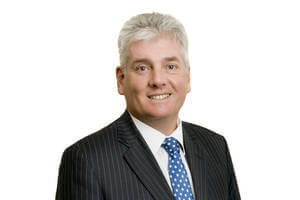 Last Updated: 11 May 2020 Published: 09 August 2016
Forward this article to a friend. Follow us on Linkedin. Join us on Facebook. Find us on Twitter for the latest updates
Rate the article