When you’re investing your own money, it’s important to stay liquid in case of an emergency or just to keep up with your lifestyle. But in a climate of low interest rates, how can you do so without sacrificing your return?

Most people with assets of any worth have them tied up in superannuation and property, which means their wealth is largely locked up.

Super is a wonderful concept but unless you are retired, it’s very much a “hands off” proposition since the government has designed the system to prevent you from accessing your savings until 55 at the earliest.

As for property, that definitely involves locking up your money. Certainly, property can be a great long-term bet. But what’s worrying at the moment is that a lot of people of working age are deciding property is the best place to be. But in reality, after you pay off the real estate agent to manage your property, interest costs and stamp duty, there may not be much left, especially in the first years after buying a property.

Of course, negative gearing helps, that is, the generous tax deductions which you get by deducting interest and rental running costs from your taxable income, which cuts your tax bill. But negative gearing doesn’t negate the fact that you have to pay substantial expenses in the first place.

The main problem with property is interest rates risk, that is, that rates will rise. That’s not so likely at the moment, with the official Reserve Bank interest rate having been cut to an historic low of 1.5 per cent. But rates won’t stay low for ever. Eventually, they’ll rise and this can push down the value of property.

There are far better ways to keep your investments liquid.

Number one is cash, of course. But just remember you will be lucky to earn 2 per cent in a deposit account. Fixed interest investments such as term deposits will pay a little more but you usually have to lock up your money for that privilege.

Which brings us to listed securities such as shares. Yes, they can go down as well as up but the stock market is highly liquid. You can buy and sell shares any day the ASX is open for business, which is all weekdays except public holidays. You can access your funds quickly, if you need to.

It’s worth considering initial public offerings (IPO). Companies that are joining the market, or being floated, tend to have to issue shares at a slight discount. And the returns at the moment are so far ahead of most other investment categories that you have to look at the numbers twice.

During July the nine companies that were newly listed on the ASX saw their share prices rise by an average of 15.7 per cent, according to the OnMarket July IPO Report 2016.

That was a month when the general share market went well, climbing by 9.4 per cent if you use the standard measure, the S&P/ASX200 index.

And how liquid are the investors playing in that IPO market? The answer is, very liquid once floated. There’s always a time lag between subscribing for shares and being able to sell them, which is one of the reasons for the discount, but it seldom exceeds a month, and if you sell shares, the money drops into your account no more than three days after the trade.

It’s worth a thought, especially if your wealth is mostly tied up in property and cash, which is true of most of us. 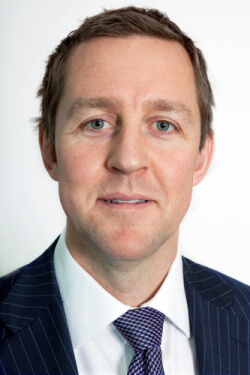 Last Updated: 26 September 2016 Published: 27 September 2016
Forward this article to a friend. Follow us on Linkedin. Join us on Facebook. Find us on Twitter for the latest updates
Rate the article