The election of Donald Trump as the 45th president of the United States has come as a great surprise in the US and, evidently, to the majority of financial market participants.

This was evidenced in the initial market reaction that saw a significant ‘risk off’ move or a shift to lower risk investments before a recovery in US trading.

Importantly, Mr Trump won a comfortable majority of the electoral college votes and, in addition, the Republican Party has retained a majority in both the Senate and House of Representatives.

Words being used to describe the result are ‘tectonic’ and ‘revolutionary’, as the result is considered a significant vote against the political status quo. The implications are likely to be far reaching, in both a political and economic sense.

Additionally, a Trump administration is anticipated to adopt a much more aggressive trade policy, including naming China as a currency manipulator and imposing tariffs on selected Chinese imports, changing the terms and conditions of the North American Free Trade Agreement (NAFTA) and abandoning the Trans-Pacific Policy.

It is important to note, however, that there is considerable uncertainty on whether Trump, as president, can act unilaterally on trade policy, or whether he would need the support of Congress − which may not be forthcoming − to change policy, especially in treaties such as NAFTA.

Over time it is possible that Mr Trump’s policies would, as announced, be highly stimulatory, expansionary and, ultimately, inflationary.

In terms of implications for financial markets, we see three phases for the period ahead, but with less confidence on the exact timing of these trends.

1. The initial market reaction, globally, was ‘risk off’. Global equities were down, the USD was down against other major currencies, and US Treasury bond yields were down. This is a similar reaction to that seen after the Brexit vote. The risk off mode was based on the view that Mr Trump is a vote for significant change in the US political system. This change will likely bring uncertainty and, as is widely known, markets do not like uncertainty. However, it is fair to say that phase one has been shorter than expected.

2. The second phase of the market reaction, which appears to have begun sooner than we anticipated, is likely to be ‘risk on’ or a shift to higher risk investments, with a positive sentiment towards equities and weakness in bonds. This is based on the view that Mr Trump’s policies are stimulatory, expansionary and inflationary. If he is able to get his election policies through Congress − which could be more likely given the Republican Party’s majority − we are likely to see a near-term acceleration in the pace of growth of the US economy and a higher surge in the USD. The equity markets could potentially respond positively to this stimulus, especially those with significant cash holdings offshore and those companies involved in sectors of the US domestic economy that stand to benefit from Mr Trump’s nationalistic policy focus.

3. Phase three of response to Mr Trump’s policies are not likely to be as supportive. The key issue is that the inflationary implications of his policies are likely to see the Federal Reserve raise interest rates much more aggressively than currently priced into markets as inflation takes hold. We could expect to see Treasury bond yields move sharply higher, short-circuiting the stronger economic data. Mr Trump’s anti-trade policies and commitment to increase tariffs are also likely to be inflationary and negatives for growth. The implication is that, perhaps within a year or so of Mr Trump’s policies being introduced, the US economy could weaken significantly − possibly heading towards recession − with the US dollar, bond yields and the equity markets having the potential to decline as well. 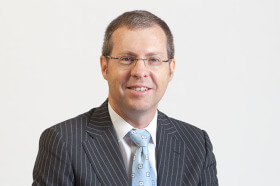 Last Updated: 14 November 2016 Published: 15 November 2016
Forward this article to a friend. Follow us on Linkedin. Join us on Facebook. Find us on Twitter for the latest updates
Rate the article