Despite Australian housing prices rising an average 8.1 per cent since the GFC, households are saving at unprecedented levels, according to asset manager UBS.

UBS Asset Management’s head of investment strategy, Tracey McNaughton, says persistent fear about the economy that has lingered since the GFC has led to “feeble growth” in a number of key areas, including household spending.

“The savings ratio in Australia has averaged 9.8 per cent of income in the eight years since the Global Financial Crisis, more than double the average of just 3.9 per cent in the 20 years prior,” Ms McNaughton said.

“In Australia during the 2004-2008 housing boom, when house prices were rising on average by 6.9 per cent, households were spending the built-up equity in their home to such an extent that the savings ratio actually turned negative.”

“[Now,] the average household with a mortgage in Australia is 22 months in advance of their payments,” she said.

“Fear means equity has been built up on household balance sheets rather than cashed out.”

In order to achieve a recovery, we must learn from previous crises to boost confidence in the market, Ms McNaughton suggested.

Despite the international efforts of governments and central banks, global economic growth remains weak almost a decade on from the GFC, she added.

Unexpected good growth out of the US, interest cuts around the world and dovish central banking policy have done little to stimulate growth.

“Nearly a decade on from the GFC, after more than 660 interest rate cuts globally, an expansion of major central bank balance sheets worth more than $US12 trillion and the creation of 14 million jobs in the US alone, the global economic growth still remains so sluggish.”

“Yield-hungry, growth-fearing, conservative investors are rewarding companies for paying dividends and conducting stock buy-backs instead of undertaking new capital investment that has a longer payoff period.

“The preference by corporates for dividends is putting downward pressure on new investment spending, thereby undermining potential growth in the future.” 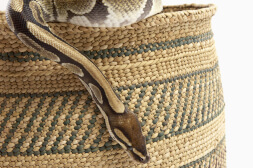 Last Updated: 10 August 2016 Published: 11 August 2016
Forward this article to a friend. Follow us on Linkedin. Join us on Facebook. Find us on Twitter for the latest updates
Rate the article