The World Economic Forum has highlighted climate change adaptation as one of the planet’s greatest risks. This means investors need to be vigilant, a major bank has warned.

According to NAB’s head of sustainability, governance and risk, Rosemary Bissett, the current investment and physical climate means investors need to be thinking long term.

She explained in an investment insight: “Given the increased frequency and severity of extreme weather events in Australia, finance providers and developers need to factor in [climate change] adaptation when big assets and infrastructure pieces turn over. Trying to retrofit something later can be really expensive.”

Ms Bissett was responding to the World Economic Forum’s (WEF) warning emitted in January this year.

The WEF said the environment “dominates” the global risk landscape in terms of both impact and likelihood.

Writing for the agency, the group chief risk officer at Zurich Insurance Group, Cecilia Reyes said: “Climate change ranks as one of the top three trends to shape global developments over the next 10 years, and remains one of the truly existential risks to our world.

“Unlike the threat of nuclear weapons or pandemic disease, however, climate change ranks among the highest in terms of likelihood as well as impact.”

Further, a “failure of mitigation and adaptation to climate change” also presents a prominent global risk.

NAB said that, due to this, infrastructure assets worldwide must take this “increasingly bleak outlook into account at an earlier stage of development”.

What does this mean?

Given that the cost of climate change adaptation is forecast to rise between US$280 billion and US$500 billion per year by 2050 for developing countries, that means there’s a “serious shortfall” in infrastructure investments, NAB said.

Considering this, NAB’s corporate and institutional banking team explained that with increased competition for financial backing, investors are “demanding greater transparency about the environmental, social and governance (ESG) performance of real asset portfolios”.

“While most institutional investors are using ESG data to make more informed decisions, only 35 per cent are setting specific targets around these three areas,” NAB continued.

The head of the Global ESG Benchmark for Real Assets (GRESB) for the Asia Pacific, Ruben Langbroek attributed this to the fact that environmental issues still aren’t at the top of investors' lists of priorities.

He said: “Investment managers are focused on more tangible risks such as contamination at the asset level, health and safety, and regulatory risks.”

It doesn’t help that the number of climate change adaptation projects available for domestic funding is limited, despite Australia’s natural disaster bill forecast to reach $33 billion per annum by 2050.

Noting that the lack of activity could actually be a case of adaptation activity not being identified as such, NAB’s executive general manager of corporate finance Steve Lambert said: “There’s a lot of adaptation finance, particularly in the private sector, landing at the corporate level. But it isn’t broken out separately, so it’s not captured in any of these models or systems.”

When it comes to making ESG investment decisions and infrastructure plans, Mr Lambert highlighted the importance of local geographical climate data. However; “Trying to get micro-level data overlaid onto the big portfolios is really difficult. That’s an area where I think there is a gap domestically. The cost of trying to do that analysis, even in a region, is very expensive.”

The availability of data is crucial for “consistent decision making” he continued.

The head of responsible investment at QIC, Kate Bromley agreed. She called for “greater shared information around climate modelling”, given the complexity of climate change adaptation.

“Continued dialogue between government and industry, as well as collaborative dialogue between investors, is absolutely key. It’s a complex issue and being able to think about it holistically with other stakeholders goes a long way to addressing the questions we all have,” Ms Bromley concluded. 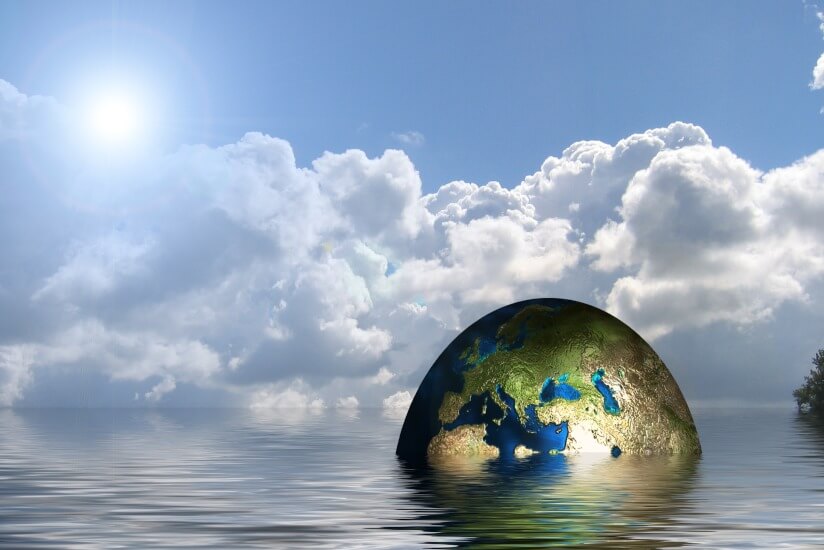